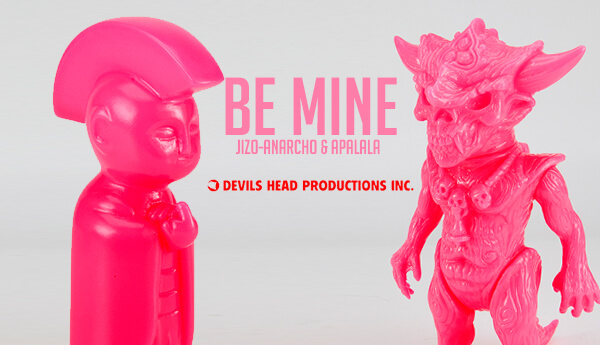 Love is in the air! Valentine’s Day is coming and so is this pair of pink figures from ALAVAKA! of Devils Head Productions. Keep your eyes on the web shop this February 14th and be quick with that keyboard. Releases will go LIVE before he leaves for work in the morning! Are you ready for all this PINK? The amount of pink would make Buff Monster and Camron jealous.

“BE MINE” UNPAINTED PINK APALALA
Cast in electric pink vinyl this unpainted version of Apalala is the first official web shop drop. Show that special someone some love by giving the gift of monstrous affection or do some self-love and grab one for yourself. 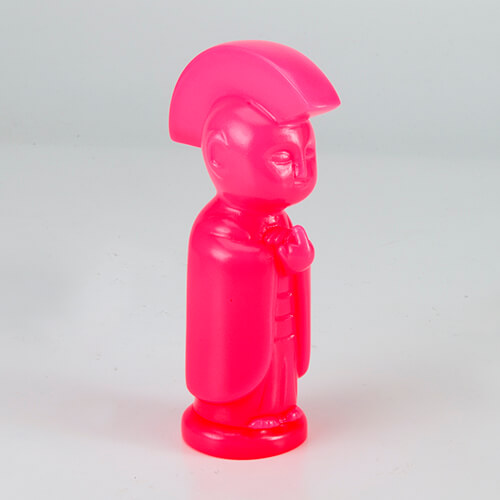 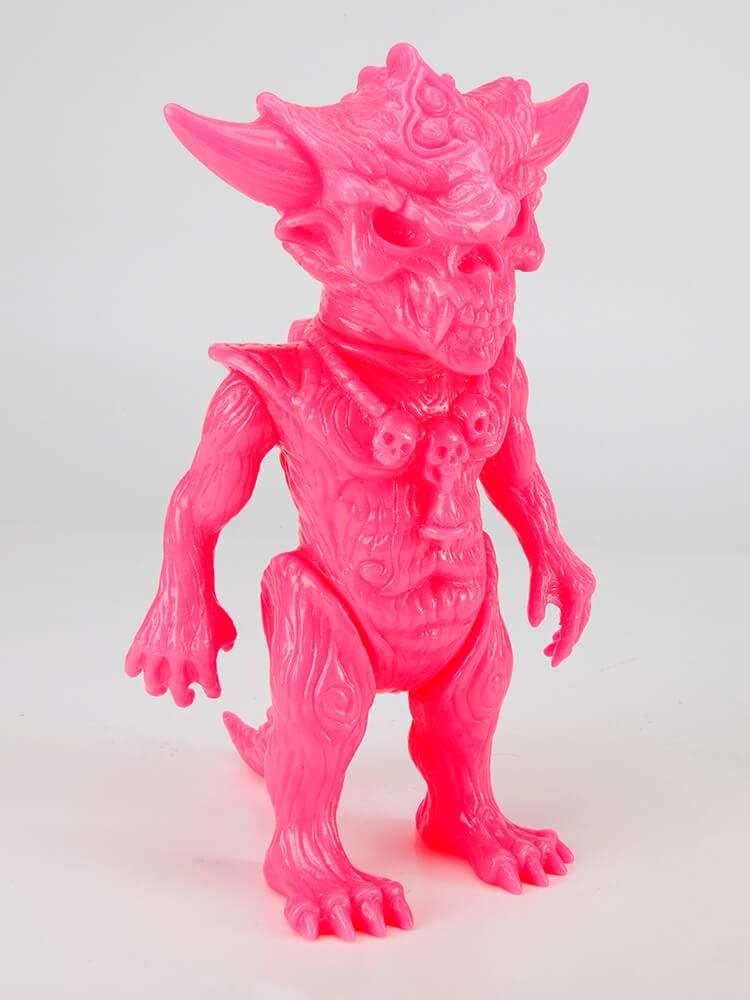 *SPECIAL NOTE: There will be a MICRO LIMITED run of uncut and unassembled “billiken kit style” electric pink Jizo-Anarcho’s and Apalala’s posted in the shop at the same time the standard release happens. While buying multiple Jizo-Anarchos is A-OK, you will be allowed to buy ONLY 1 APALALA. Refunds will go out to anyone who attempts to purchase more than 1. Assemble if you dare or leave it in all its uncut glory.
http://devilsheadquarters.storenvy.com/ February 14th
_____________________________________________________________
For those who’s been waiting for the Apalala release (The Rising) he’s been busy but he did mention “happening soon but life has kept me busy and they aren’t quite done yet. It WILL still happen so just hang in there a bit longer and hopefully, there will be an update next month”
A bunch of folks have asked if they missed out on the open run of blank white Alavaka Bodhisattva. It has been “sold out” in the webshop for a little while. The good news is no you didn’t miss out. The first run did sell out but we will be getting more in March so hang tight and check back then. It’s an open run so while it may go out of stock it should always return.

Finally, I’m shocked these didn’t sell out in a heartbeat but if you are an Alavaka fan, don’t forget to grab one of the second 3 color marble pours we did available now in the webshop:

THE MENAGE A TROIS DEUX ALAVAKA BODHISATTVA
The second amazing 3 color marbled set has been poured with orange, green and purple vinyl. Some find the colors repulsive while others find the combination mysteriously attractive. Either way you see it the release includes both the standard and converted head along with the body. 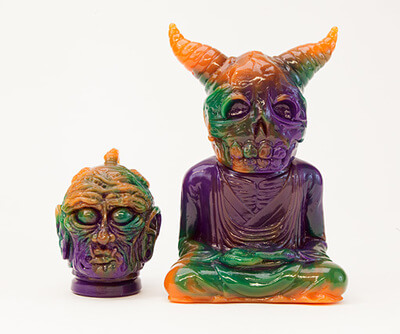 Made in Japan. Not intended for children under 14 years old. $80 each right now at http://devilsheadquarters.storenvy.com/