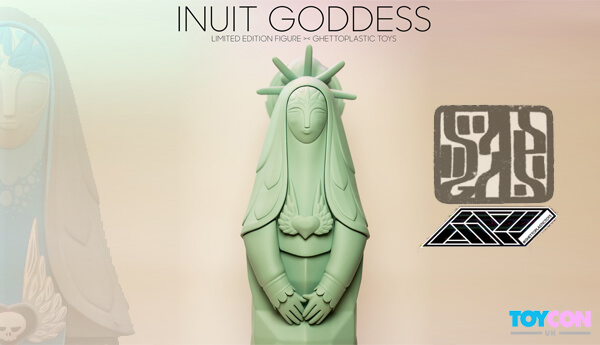 In February 2016, Hugo Bermudez AKA Ghetto Plastic Toys Sadgas caught our attention with his brilliant and beautiful  “INUIT GODDESS” Prototype. Even in its early stages, it was a release that we’ve been keeping a close eye on and one of Hugo’s best works to date. Roll on 2017 and it seems INUIT GODDESS is in full fruition! ( you should see the smile on our faces right now)
With many original designs in the works Inuit Goddess is near complete and ready to be casted and boy it looks fantastic. Pleasant facial features and flow to the Inuit Goddess. Somewhat futuristic feel to the character. 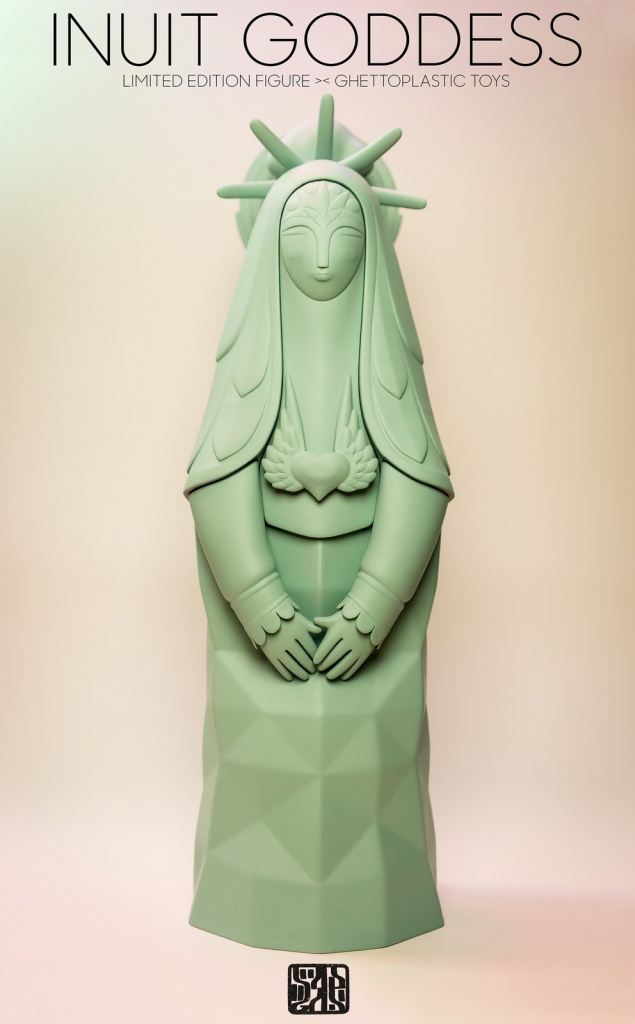 Really digging the smooth fade to light low polygon on the Inuit Goddess. Below are a few work in progress shots. Hugo preparing Inuit Goddess to be casted. 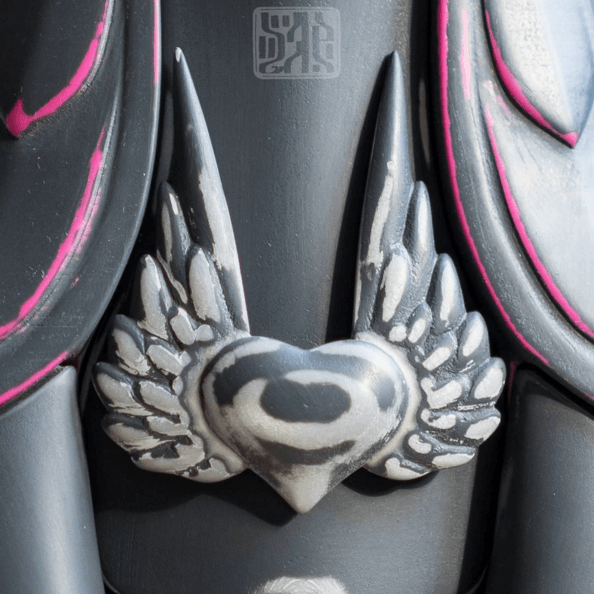 Will it all be painted up like the skate deck below? whatever the outcome we would like it just as it is or painted.

Hugo has announced he will be having a booth at this year’s ToyCon UK 2017 for both days! And that’s not all. Judging from the photos he’s uploaded on his Instagram a few Euro artist will be customising the “INUIT GODDESS“.

No official word when the release date is or the final look, but like we said before, expect a debut at ToyCon UK 2017. As always we will keep you updated. 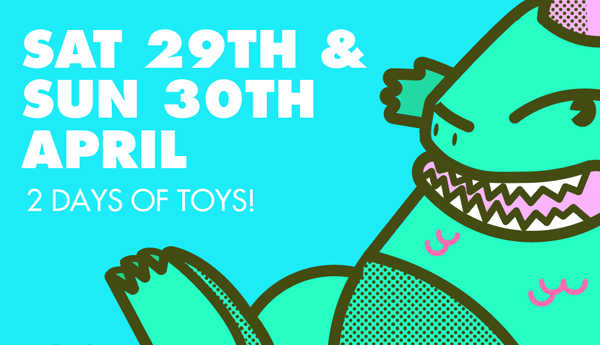 HUGO BERMUDEZ 2014 DEMO REEL from sadgas aka restinpaint on Vimeo.