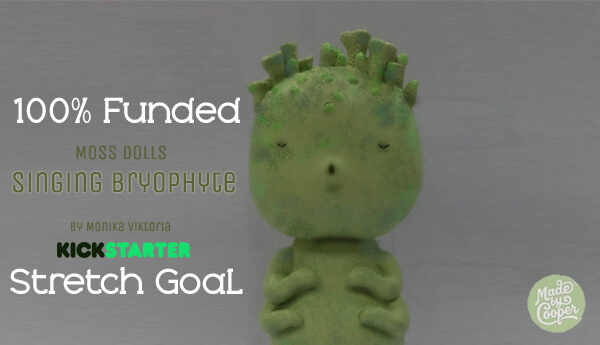 Earlier this year, Illustrator and painter, smitten with romance and daydreams, Monika Viktoria was hoping to get her first ever art toy manufactured. The transition from 2D medium to a 3D art toy,  Monika launched a Kickstarter crowdfunding campaign in order to help her dream come true. Production powered by our friends and site sponsors Made by Cooper the prototype has already been sculpted. TODAY Moss Dolls has reached its funding goal with 10 days to spare! Moss Dolls will go now go into production.

With a 10 days left Monika has put out a stretch goal which will unlock custom packaging and handmade specimen stands for when Monika & MadeByCooper surpasses the next stage. have got him painted up to show how the final edition of toys will look and Monika will be painting them individually in Australia.

First view of the prototype arrived from Made by Cooper. I share my initial reaction to holding him in this short video.

Having reached 100% funding the campaign is not over yet! I would love for each Bryophyte to come in a custom box. Stretch goal goodies for all backers of art and merch packs too – including zines, enamel pins, and branded washi tape – wooh!

UPDATE – STRETCH GOAL #1
We reached 100% funding! THANK YOU!
With two weeks left I have added a stretch goal! an additional $500 to bring the campaign up to $4000 will secure custom packaging for EVERY Singing Bryophyte!
Each merchandise bundle will include extra postcards and stickers!

I have been transitioning from a toy-customiser and illustrator to working on my own toy brand, Moss Dolls. Inspired by the helpful little forest creatures encountered in many video-games and anime, like the Koroks in Legend of Zelda or the Kodama in Princess Mononoke, I imagined a tiny moss-spirit living deep within the woods… that is, a Bryophyte.

Working with established custom-toy company Made by Cooper in the UK to bring my Bryophyte design to life, I have approved his prototype and we are ready to make this little Moss a reality! 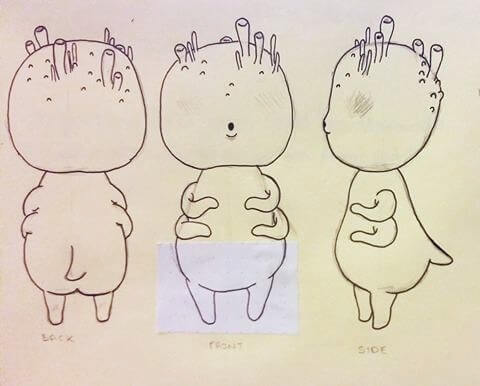 The first of his kind, the Singing Bryophyte is a shy and mysterious creature. Covered in tubular lichens, mosses, and fungi, he is an integral part of the ecosystem surrounding his habitat. Not much is known about them yet scientifically…

Made from poly-resin, each Bryophyte will be hand-painted and airbrushed by myself, the artist, to resemble a tiny organism that is part-plant, part-animal.
He will measure roughly 10cm tall (4 inches) and work in-scale with other popular collectable vinyl toys and figurines.
Each foot will have a strong rare-earth magnet inside, so he can be displayed upright on a small custom magnetised or metal stand, as well as be placed amongst greenery for outdoor photography. 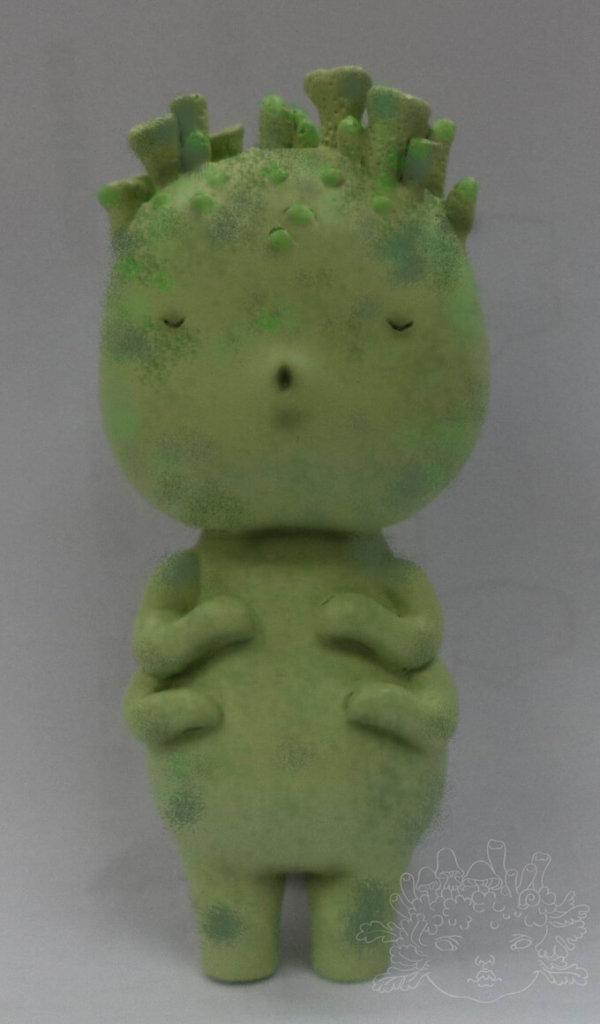 “Deep within the Long Lost Woods, a strange melody can be heard where the mosses grow lush and green. The Singing Bryophyte lifts his tiny voice to join the chorus.”

PRODUCTION
Made by Cooper are already working on the production of the first run of 100x Singing Bryophytes. We are currently on schedule for them to be completed end of February, arriving at my studio early March. All Singing Bryophytes that have been pledged for in this campaign will be airbrushed first, depending on the volume of pledges I estimate a time period to finish painting each one individually to be anywhere between 2-4 weeks. All backers who have pledged for a painted Bryophyte will be kept in touch, and updates posted frequently on my Facebook and Instagram pages. All other prizes for backers (Mushroom Dolls, Zines, Ink Sketches and Original Watercolours) will be ready by the completion of the funded project.

The Singing Bryophyte will be a poly-resin figure, edition of 100, hand-painted by the artist, 10cm / 4inches tall.

Plenty of rewards to choose from and be one of the first to own The Singing Bryophyte.

Direct link to back the project and more info HERE http://kck.st/2iCqx5l 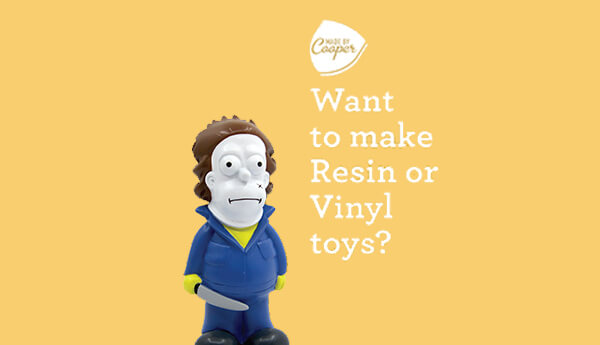