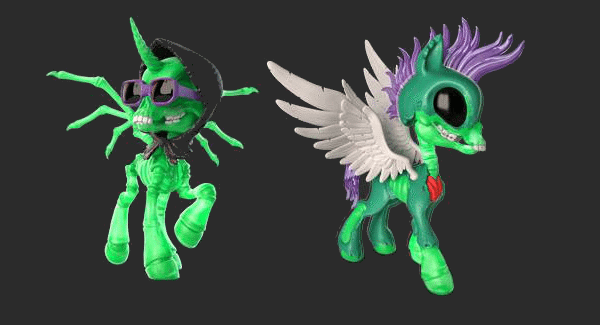 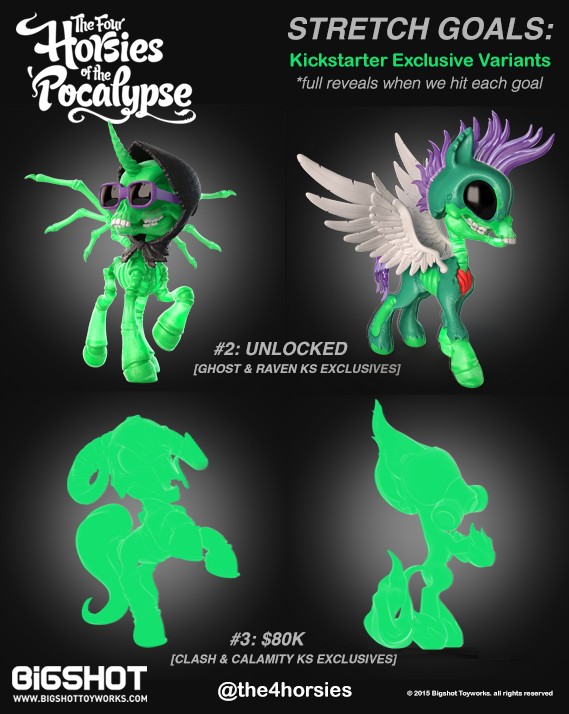 [/frame]These KS Exclusive Ghost and Raven figures will only be available as optional Add-Ons to backers of the Four Horsies Kickstarter who have opted for a set (or sets) of the Four Horsies figures, or the Maddie Bust reward. Each figure is offered as an Add-On at a reduced price of $20 per figure. Bigshot will only be producing enough in this colorway to satisfy the Add-Ons pledged by the KS backers.The Four Horsies Kickstarter ends on February 18th so get your pledges in soon!Here’s the direct link: http://kck.st/1AK6xRg

The previous successful Kickstarter project from Bigshot Toyworks was the Little Maddie Designer Figure. These was funded in June 2014 & recently shipped last month. We got our hands on Little Maddie and the quality is top-notch. Bigshot Toyworks & Tenacious Toys have really done a quality job on this project. They deserve everything that comes their way with the Four Horsies of the Pocalypse.