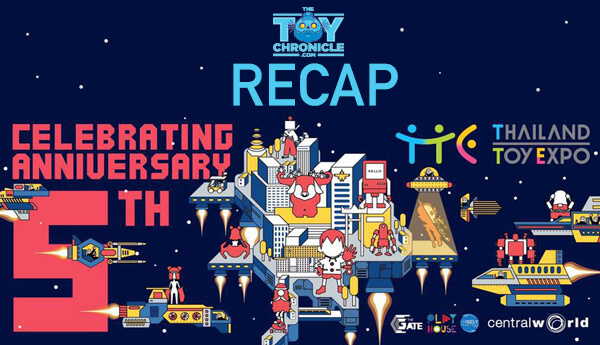 The Toy Chronicle family returned to Thailand once more for Thailand Toy Expo 2017. Last years TTE experience got us flying back for more, well including all the great food, massages and hospitality that won us over.

You can say the addiction to return to TTE was strong and wanting the experience of TTE once more as TTE is a convention like non-other. Continue to mixing non-collectors with the scene and hopefully creating new collectors! One key area at TTE is the exposing new, sometimes local artists and brands over the span of 4 days.

Thailand Toy Expo has given us another convention to talk about and giving us another con to compare with other con’s like our own ToyConUK, Designer Con and NYCC. Every Con has it’s own feel and atmosphere and TTE wasn’t what we expected even for the second time at the con, it was BETTER. TTE is situated in a shopping centre which we knew before we arrived at TTE but the buzz around it seeing collectors and the general public interested to see what was on offer.

This year TTE was much BIGGER! Whole new layout and an extra big tent (which was needed with a number of exhibitors applied for TTE 2017 ) Check the layout. 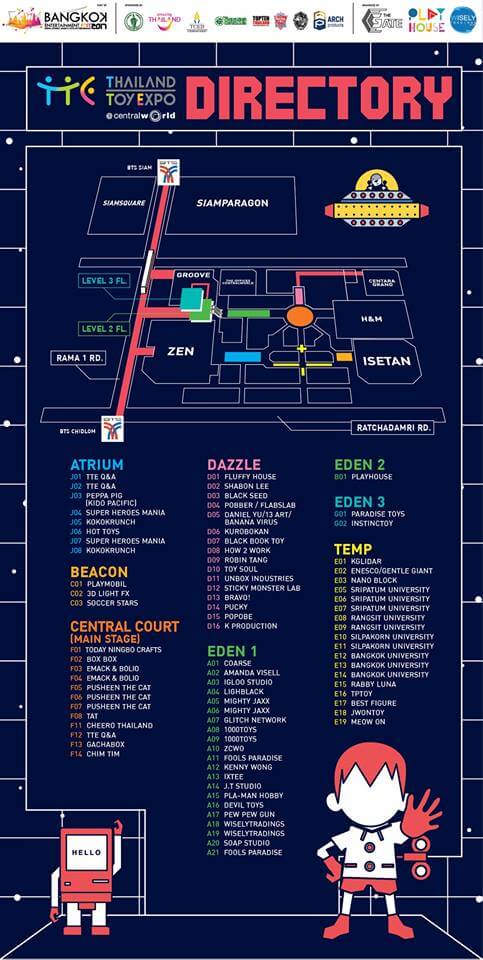 We got to hand it to TTE organisers having the mammoth task of which booth goes where and getting less established artist/ brands more foot traffic. It helpes with companies like Fools Paradise show a range of prototypes so collectors can see what lies ahead for future releases.

For ourselves, this year was seeing and meeting new exhibitors in person and unearthing more gems from TTE especially the local artists.

New TTE exhibitors from around the world took a flight to join TTE from the likes of James Gorman, RX Seven, Pookie and coming for back for more COARSE, Ron English, Fools Paradise, Unbox Industries, 1000Toys, ThreeA, JT Studios, Paradise store, Kenny Wong and many many more, so much that we can’t list them all. A great example of pulling power.

If you’ve checked out our Facebook LIVE streams HERE, you would have seen plenty of vinyl, sofubi, resin, kaiju, Funko, action figures and customs. We spoke to Pookie who made the trip to Thailand to exhibit her beautiful work for the first time and what her experience was.

For the East, TTE we can’t think of another convention that has so many production exclusives and we think this is one of the reasons the collectors flock to TTE. On thing that stood out at this year’s event was a number of people queueing up for exclusives and timed releases and also a number of resellers. This could be a double edge sword, on one hand, it’s good for the scene as it shows the demand and hype. Yet real collectors may need to up their game and beat the resellers and queue up earlier than them. ( we will continue this area at a later date)

Some exhibitors had a pretty good system in place to tackle the problem of resellers. One of them was Instinct Toys. They didn’t allow any mobile phones when selecting what they wanted to purchase, so they couldn’t communicate to the second party, which means they would need to know what they wanted beforehand. This usually weeds out the non-collectors confusing them what is hot and what is not. Yes, this won’t stop the resellers but it did slow down the process.

If TTE is your first time you could be overwhelmed by a number of crowds especially over the weekends as it mixes with the people who are in the shopping area to dine shop and entertainment. TTE also gave the local artist a chance to showcase their work which was another highlight as we’ve documented their work on many occasions. Seeing them up close and in person made us appreciated their work even more. Talking to them in and getting to know them on a more personal level showed us how tight the community over in Thailand was.

TTE organisers went even further this year with advertisement seen in Bangkok’s MRT and posters all over Bangkok. Which we are sure helped pull in the crowds.

One thing we hope to see next year is more handout leaflets with booth locations as it would help collectors locate the booths as TTE is huge and not easy to navigate and also show time and dates when things like live painting and charity auctions are taking place. That’s the only thing we can think of on the top of our heads that TTE can build on for next year.  End of the day the best is seeing friends from around the world under one roof and discovering new works as well as making new connections and friends who have the same interests. Some vendors/ exhibitors may have had a different experience but we can only speak for ourselves but the general all things good for TTE.

What’s next to Thailand Toy Expo? We caught up with Jeep, one of the organisers to give you a hint at what to expect at TTE 2018. Jeep if you’re reading this, HUGE congratulations on your marriage all the best for you both together forever.

You can check out our Facebook live stream videos on our PAGE HERE. 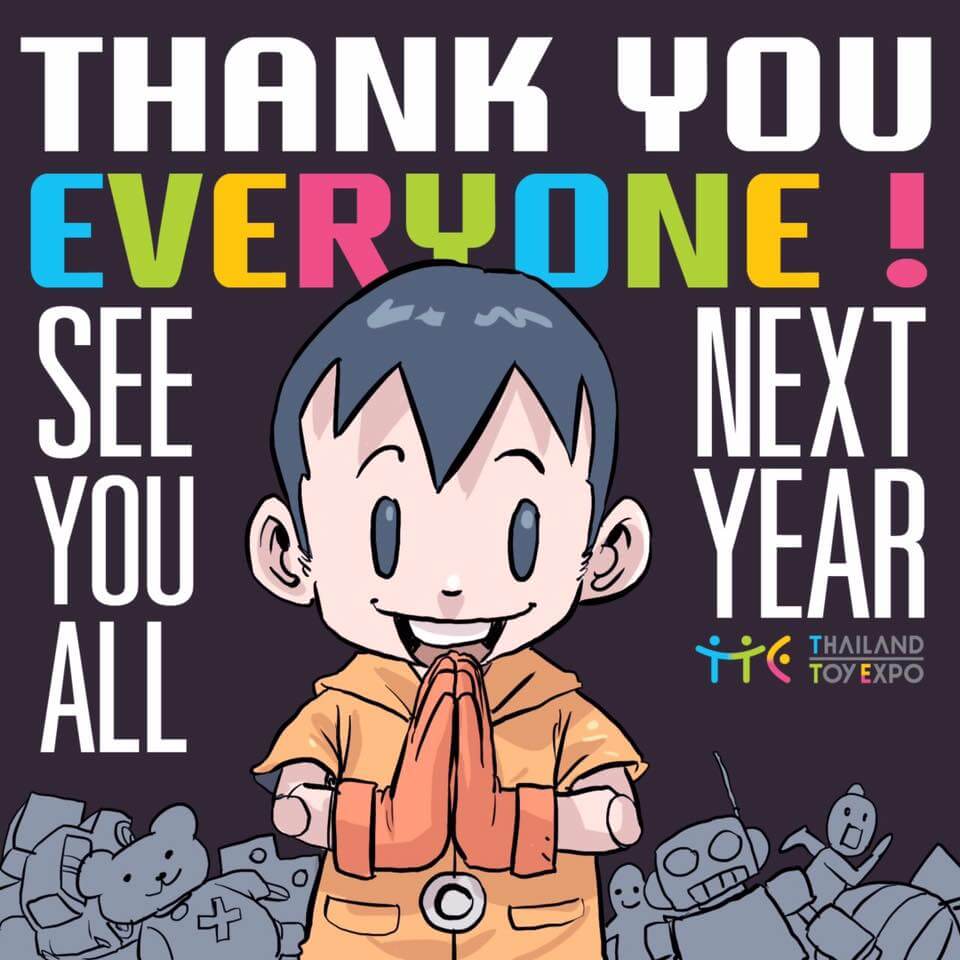