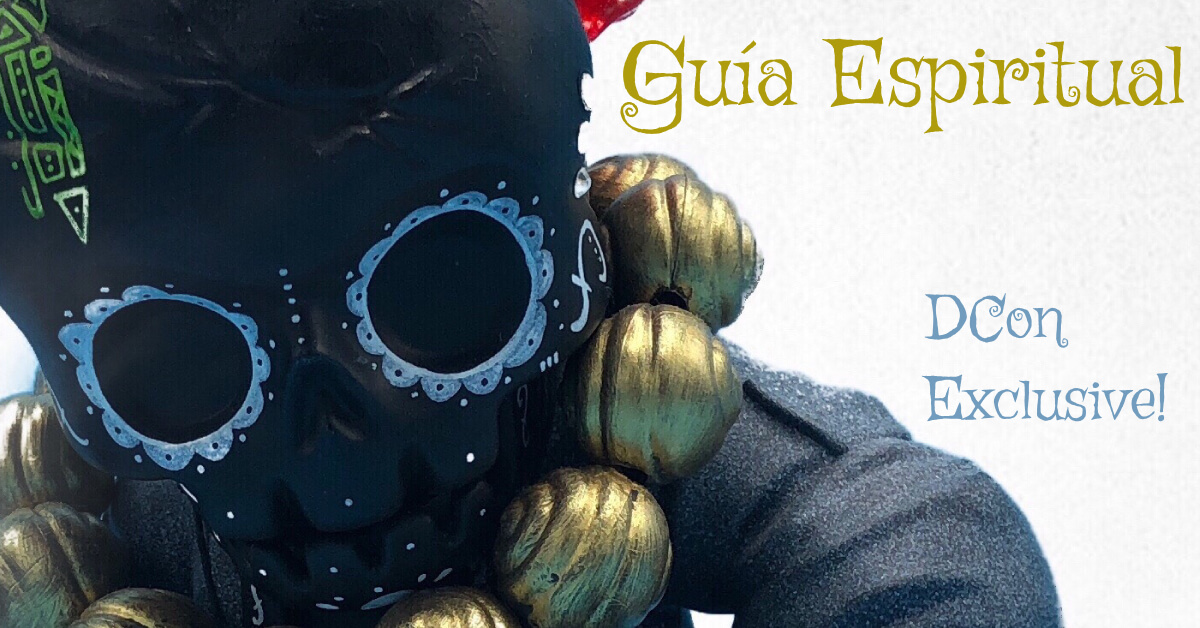 Just in case you didn’t think Rob Ramirez, the mastermind of Ink_visuals, could bring anything cooler to Designer Con, he released his Guía Espiritual (Spirit Guide) and we were shook.  The mixture of textures, color, and form are absolutely breathtaking in this visual masterpiece.  The original piece by Clog Two was already such an epic work that having a custom by Rob Ramirez seems too good to be true!

The sugar skull on his staff is similar to those in his other Designer Con releases (see his custom omen here and his Ghostly Slaps here). The flames on his head and supporting his form are so wonderfully set against the onyx-like form of his body giving him this ethereal essence.  Basically, this guy is bad-ass.  His necklace?  AWESOME.  And check out how off his arm he has a set of spirit beads dangling!  Rob left no detail undone with this piece. So if you weren’t planning on going to Designer Con you should now realize how insane it would be to NOT go see this in person.