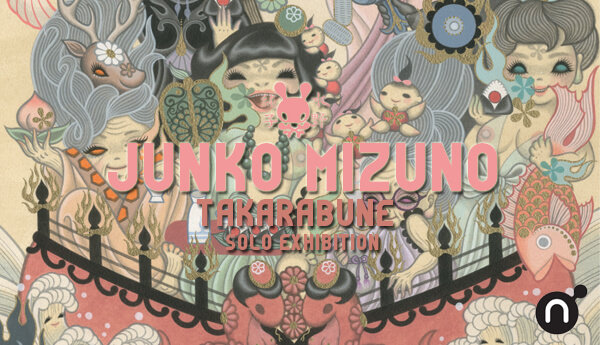 3 more days and counting! Like we said before, it’s not Christmas that we are counting down but in our option (fanboy creeping in while typing) is Junko Mizuno’s Solo Exhibition at Gallery Nucleus. Worth counting down for right. Anyone have a plane ticket? I would love to meet Junko again, and obviously, pick my jaw from the floor looking at her art in person. Today Gallery Nucleus sent over some more sneak peeks at more art that will be featured at the Takabune show for all you lucky people heading to the show. 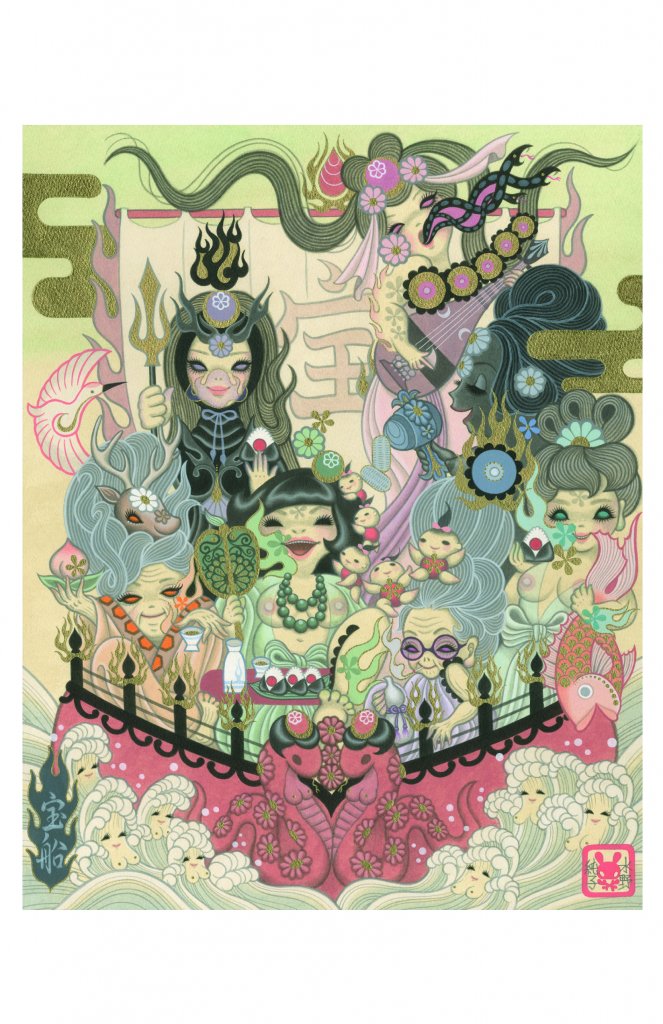 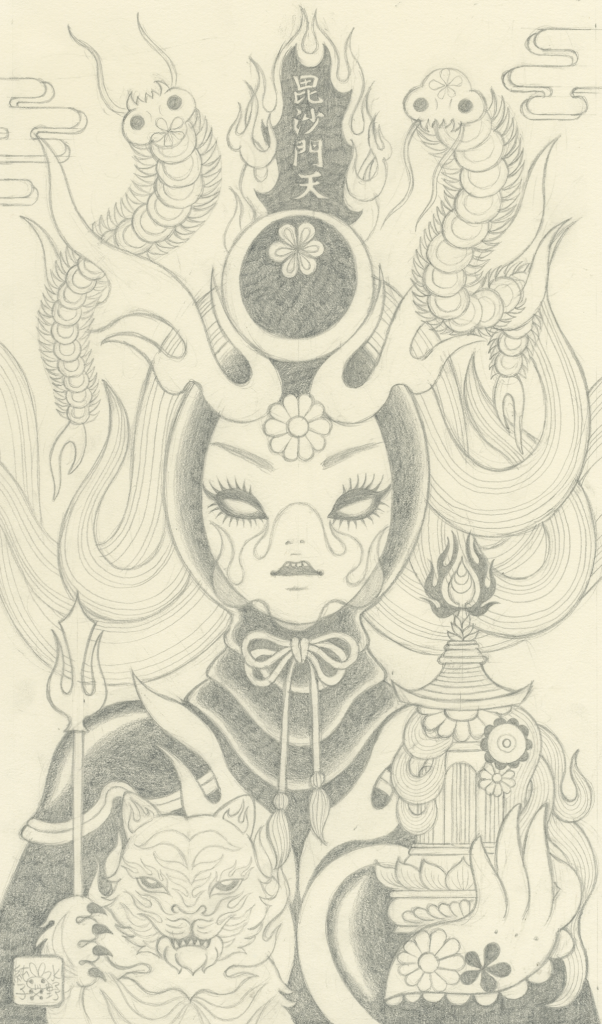 A solo exhibition of Junko Mizuno’s latest work, this series continues her exploration of pop and spiritual aspects of Japanese culture with an emphasis on the Seven Lucky Gods. Traditionally six males and one female, Junko has depicted them as an all-female ensemble of deities. 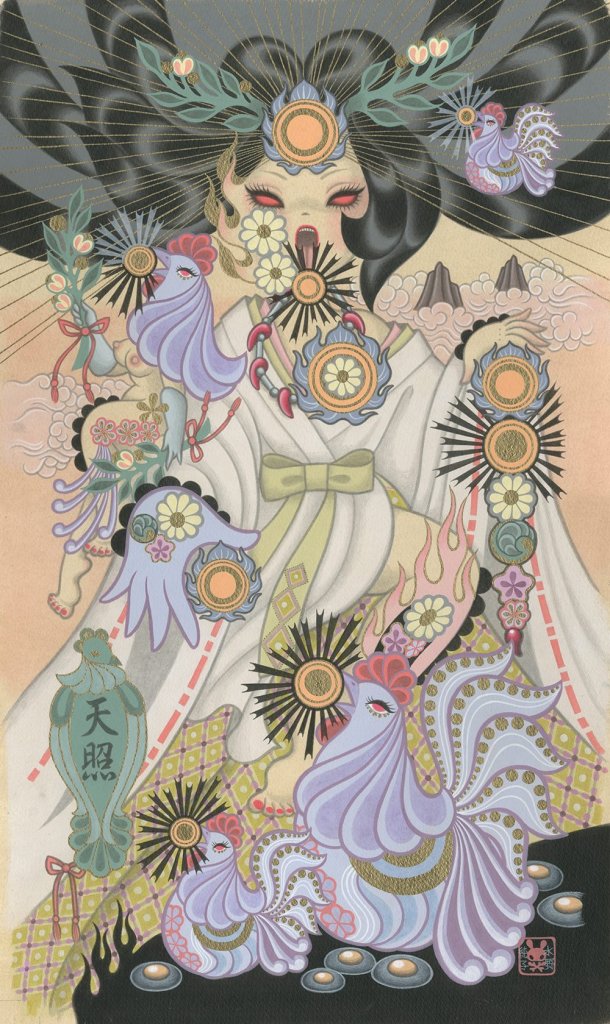 A collection of hand-made head dresses and accessories inspired by Junko’s paintings and the Takarabune by artist Alston Stephanus will also be on display during the show opening. We’ll also have a 7-person performance accompanied by live Shamisen and Taiko musicians from Japan as well as professional burlesque dancers from across America beginning at 7:00pm! This one-time-only performance is not to be missed.
FREE admission, all ages welcomed
FREE drinks and hors d’oeuvres will be available for attendees.

Please RSVP through eventbrite to reserve a position for the live performance. 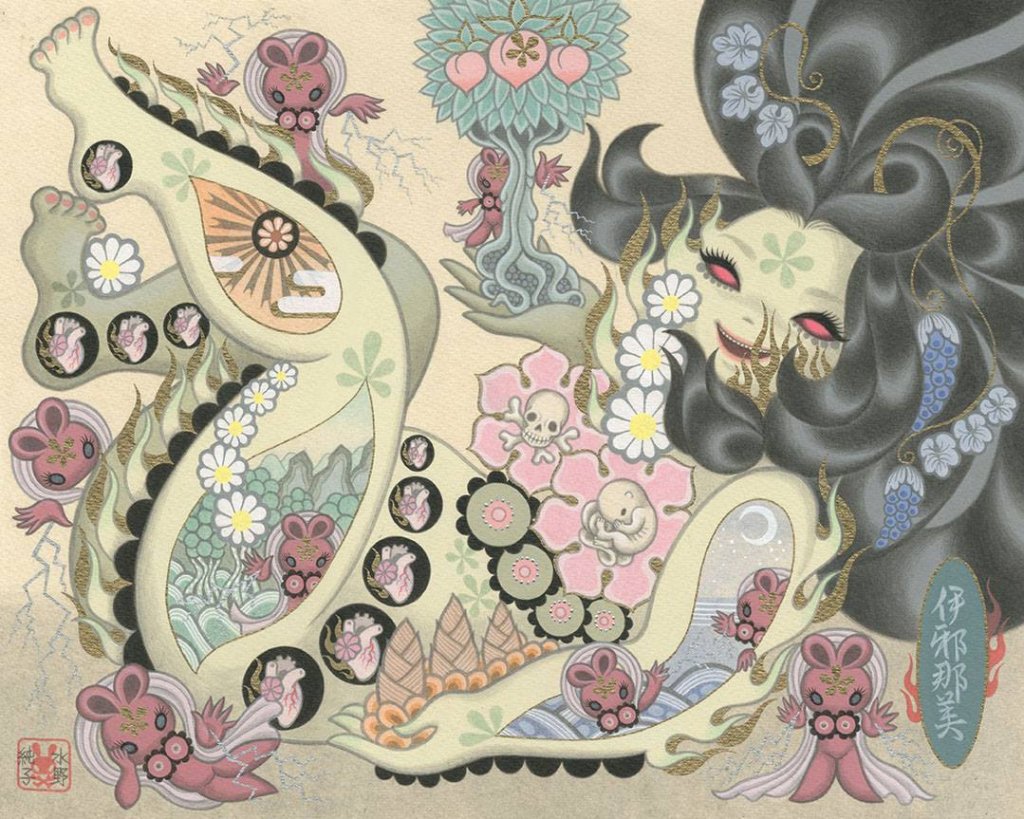 About Takarabune:
The Seven Lucky Gods—or Seven Gods of Fortune (? ??, shichi fukujin in Japanese)—are believed to guarantee good luck and often have their place in netsuke engravings or in other representations. Amongst the seven, not all the gods are mythical characters, as there is one who is a historical figure.

They all began as remote and impersonal gods, but gradually became much closer canonical figures for certain professions and Japanese arts. During the course of its history, the mutual influence between gods has created confusion about which of them was the patron of certain professions. The worship of this group of gods is also due to the importance of the number seven in Japan, which is supposedly a bearer of good luck.

It is known that these deities have their origins in ancient gods of fortune: from the Hinduism practised in Nepal and India (Benzaiten, Bishamonten, Daikokuten); and from the Chinese Taoism and Buddhism (Fukurokuju, Hotei, Jurojin), except for one (Ebisu) who has a Japanese ancestry.

During the Edo period, it became a popular custom among common people to place takarabune pictures under one’s pillow on the second night of the New Year to induce auspicious dreams and resulting good fortune.

About Junko Mizuno:
Born in 1973 in Tokyo, Japan, Junko is a Japanese manga artist whose drawing style mixes childish sweetness and cuteness with terror and erotica. Her graphic novels are based on old fables such as Cinderella, Hansel and Gretel, and Princess Mermaid (The Little Mermaid). Having exhibited in museums and galleries around the world, she is currently working on more stories, illustrations, exhibitions and designs for various high-end fashion brands.

About Alston Stephanus:
Accessories designer Alston Stephanus is honoured to be contributing to Junko Mizuno’s exhibition. This will be Alston’s first work in a gallery setting outside his native country of Indonesia. 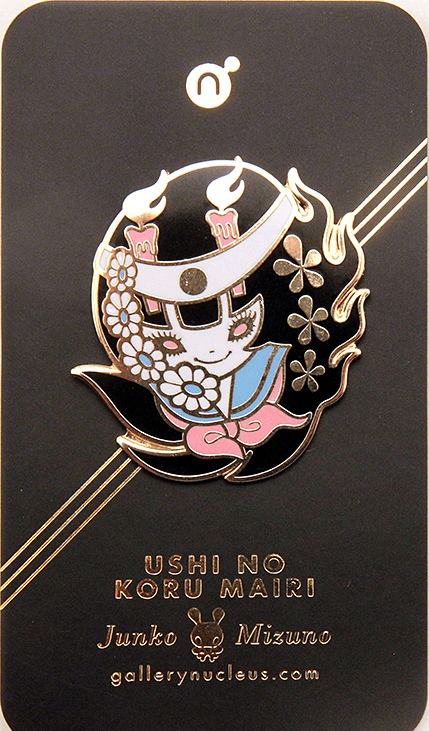