First, before we begin our post tonight we want to pass our huge congratulations to the Clutter/Kimberg family. This past Friday saw the birth of Josh & Miranda’s third kid, when they gave birth to a wee little boy. Congrats from all at TTC! The Clutter guys deserve all the recognition they get, not only dealing with a whole bunch of shit at times they’re still constantly putting on great gallery shows – tonight is no exception. Tonight they have TWO openings happening at the Clutter Gallery, one show no less is the opening of Josh’s own Skulls, Spikes and Inversions show. Clutter also have the opening of resin king Scott Wilkowski’s Infected Bazaar show too! What a time to be alive! 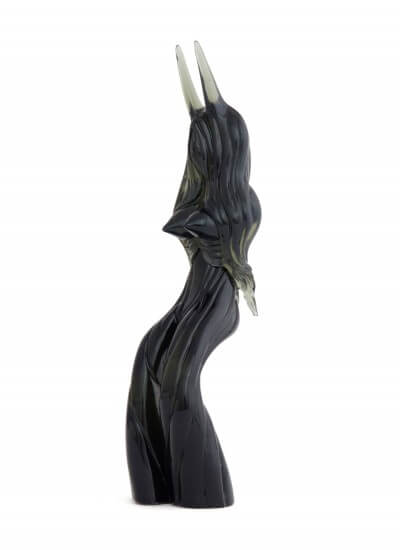 With the birth of his first son only hours ago, Josh Kimberg (owner of Clutter) opens his Skulls Spikes and Inversions show tonight with the release of his Midnight Venus Penetrator poured in a gorgeous semi-translucent black resin. Beautiful really. Only 10 exist, but if you want to get in first you can purchase directly from the Clutter store HERE for $200/£164. They’ll no doubt sell out at the gallery opening tonight, so be quick if you want to snap one up now. 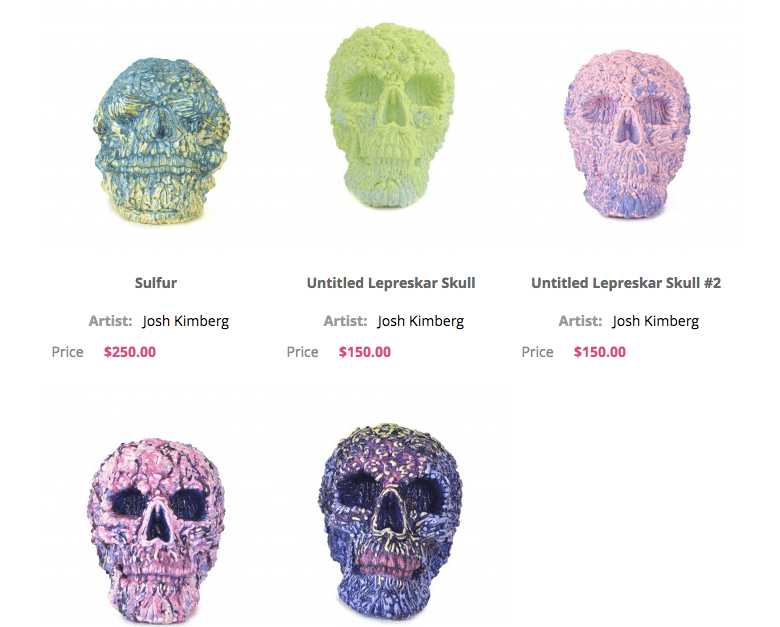 Kimberg has a whole host of other skull, spike & inversion artwork available on show tonight. You can head on over to the Clutter store HERE to pick your pieces before the show opens tonight. 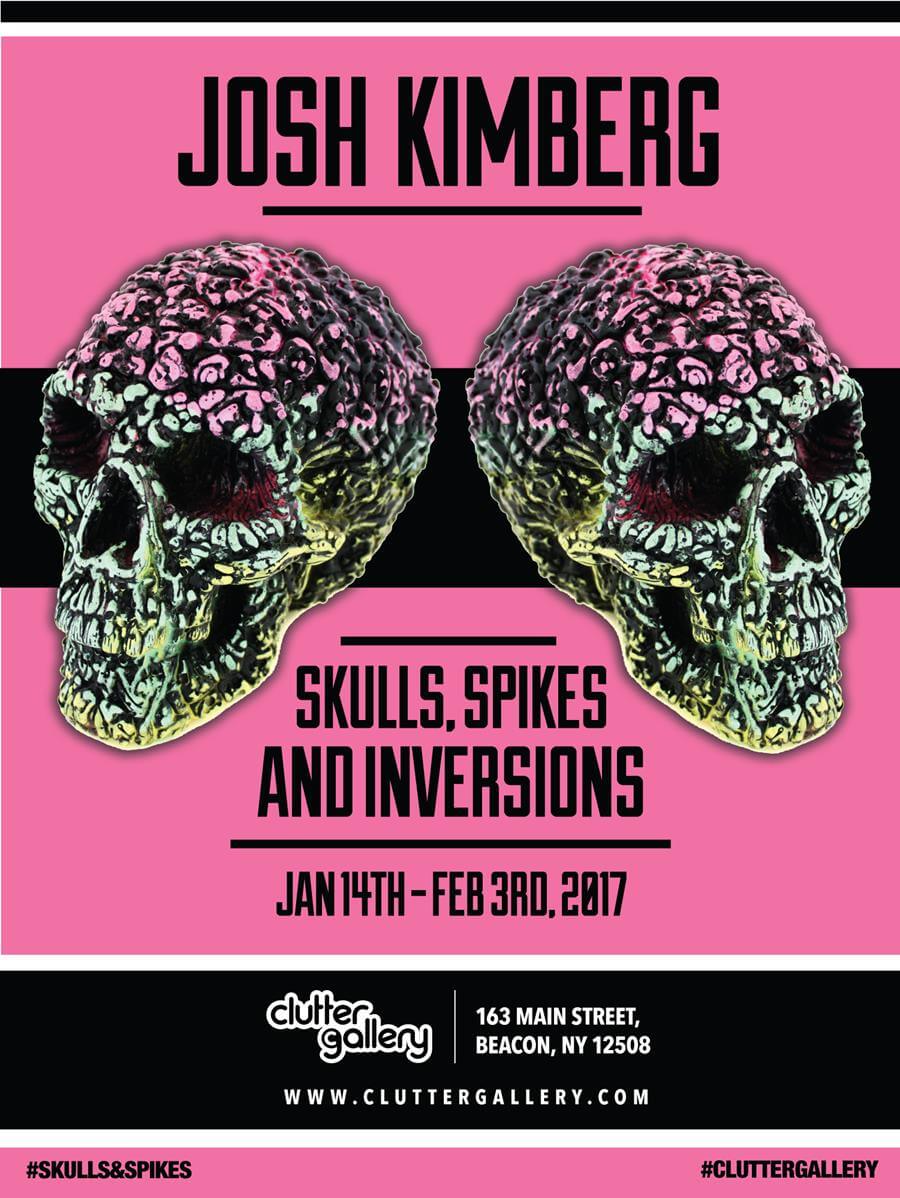 As we mentioned, Scott Wilkowski also has his gallery show opening tonight at Clutter Gallery! Infected Bazaar. Wilkowski will have a series of one-off pieces and micro run editions. Each one is fucking beautiful, if we are being honest. It’s absolutely no surprise that Scott took home Best Resin this year at the Designer Toy Awards. His work is amazing. Tonight will see Scott’s work get folks stood in amazement, no doubt about it. 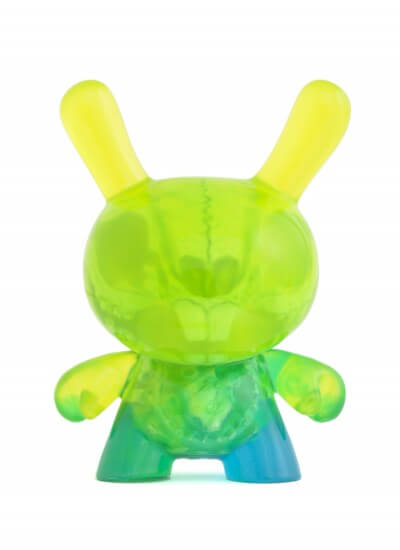 Known for his Infected and X-Ray Action versions of popular designer toys, Wilkowski has infected one of the most famous platforms of all time: Kidrobot’s Dunny! Scott will have a number of different versions available to purchase directly from Clutter Gallery tonight. However, if you’re quick you can pick up the pieces via their store before the show opens. Ok that’s cheating, but if you want to own a Wilkowski piece then now is your time. Go HERE now! Prices range from $80-200 (£66-164). 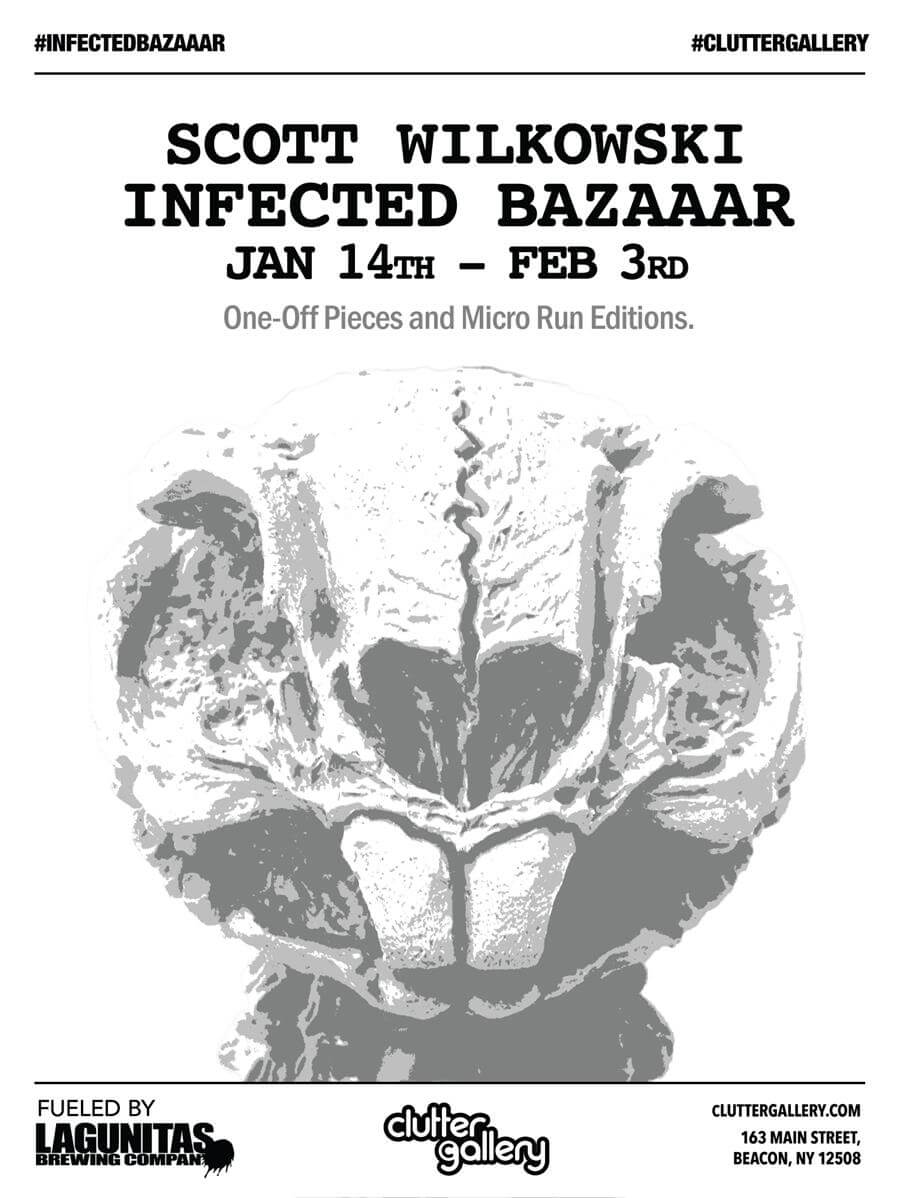 Don’t forget to check out the TTC Facebook Page HERE tonight, as we may have a sneaky LIVE stream of both shows direct from Clutter Gallery. Please go check out For the Masses Podcast, who help out The Toy Chronicle with their live streaming. Rob L is an absolute beast and we really appreciate his efforts. The FTM Podcast is definitely worth checking out on iTunes HERE.