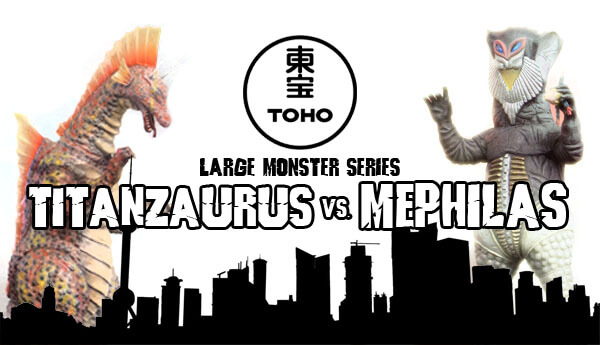 Great news for the fans of the classic TOHO Large Monster Series. Two more Kaiju’s join the ranks for your pleasure.

First off, the Titanosaurus, the kaiju who first appeared in Toho’s 1975 film Terror of Mechagodzilla; and a brief cameo in Godzilla: Final Wars (2004). This new version comes with the extra tail: All the color and details this series got us used to, stands about 28 cm tall and it’s made in PVC; And Alien Mefilas, a character that some of you may know from the Ultra Series. The colossus alien from Planet Mefilas.

Comes with “Mandarin grass” on the left hand also stands about 28 cm made in PVC; This kaiju goodness will be available only online at http://ric-toy.ne.jp/.

Reservation are on until January 16, don’t sleep!