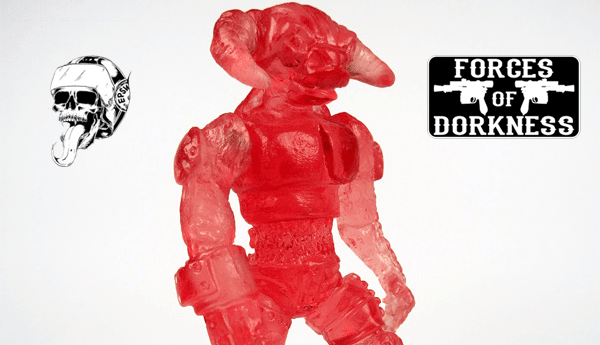 For thousands of centuries the Minatorg has been trapped on planet P.  A cybernetic organism designed for a war long forgotten. The evils of hell directly injected through carbon nanotubes into the nervous system of this bio-robo. The Minatorg needs to find a way off planet P. The planet orbits a black hole and has existed in an anomalous state of time. Time is running out as the planets decaying orbit draws it closer to being sucked into the black hole… 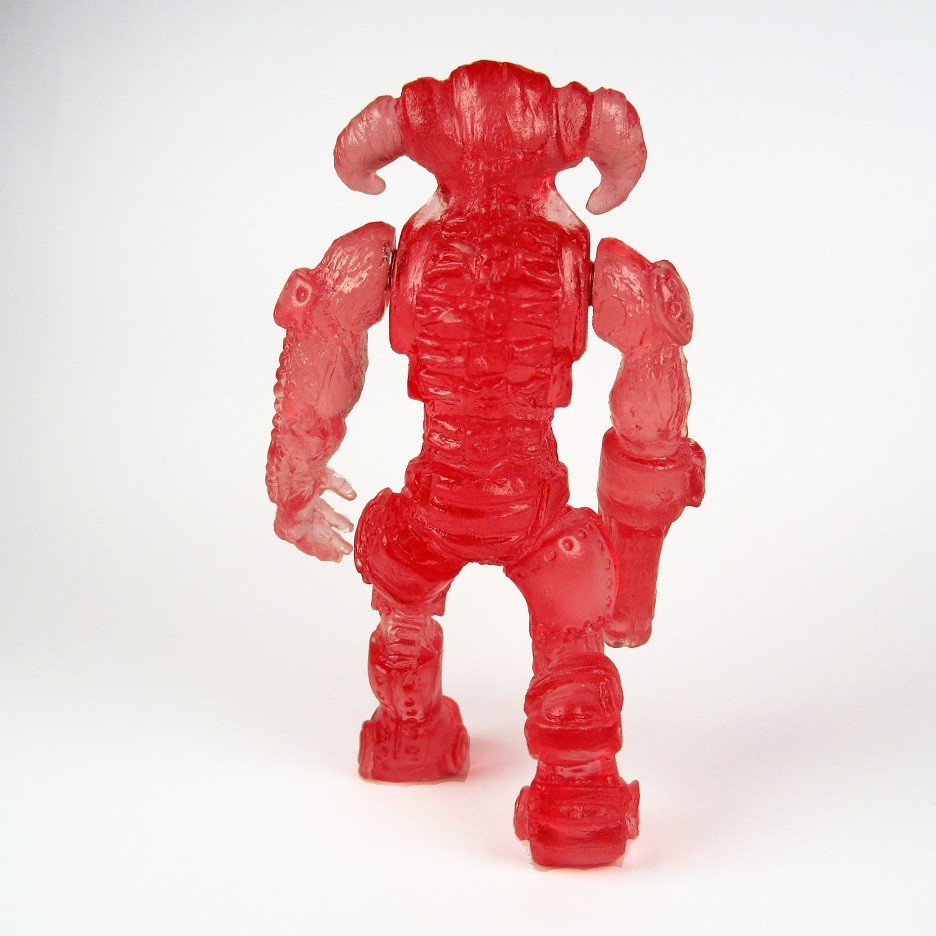 This first time collaboration was created by Boyd Braden a.k.a. BOObotcher (Brooklyn, NY), with the sculpt, cast, and production being handled by Scott Kinnebrew a.k.a. The Forces of Dorkness (Austin, TX).  The Minatorg, who stands 4 1/2” tall, has 2 points of magnetic articulation allowing you to position both his clawed arm and blaster arm in any position you want.  Each figure is cast in transparent red resin, bagged with a custom glossy header card designed by BOObotcher, and assembled using otherworldly red chrome staples. 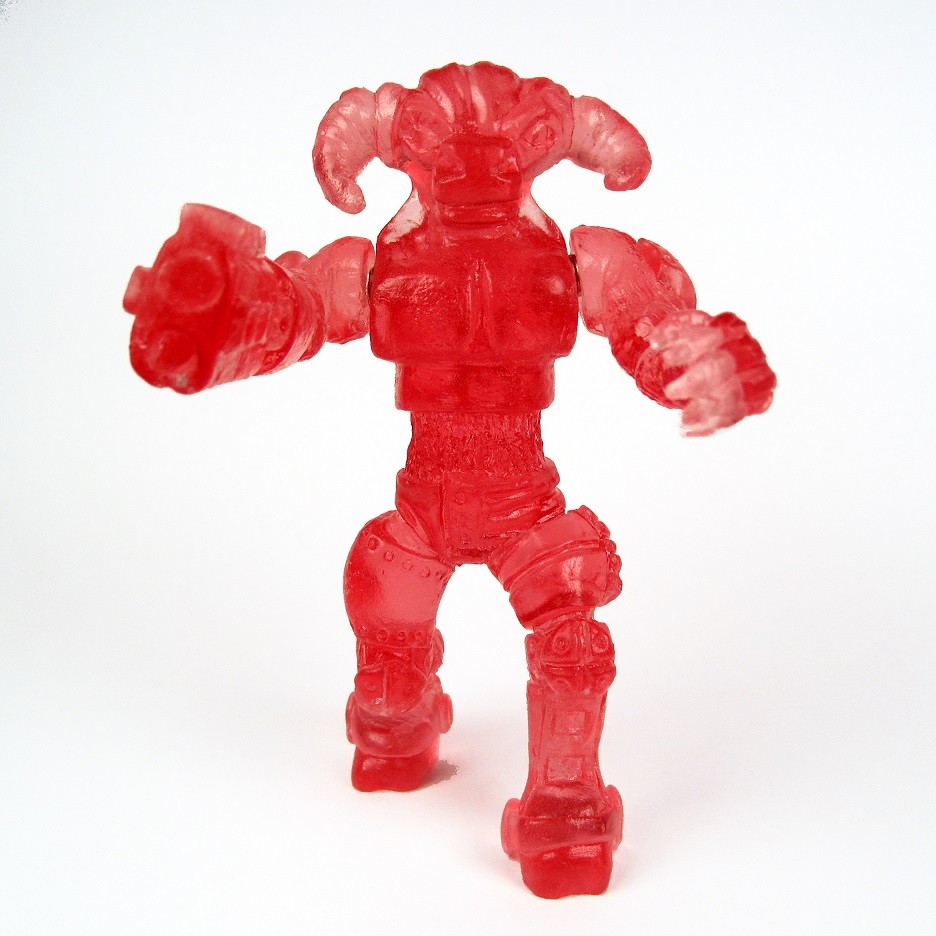 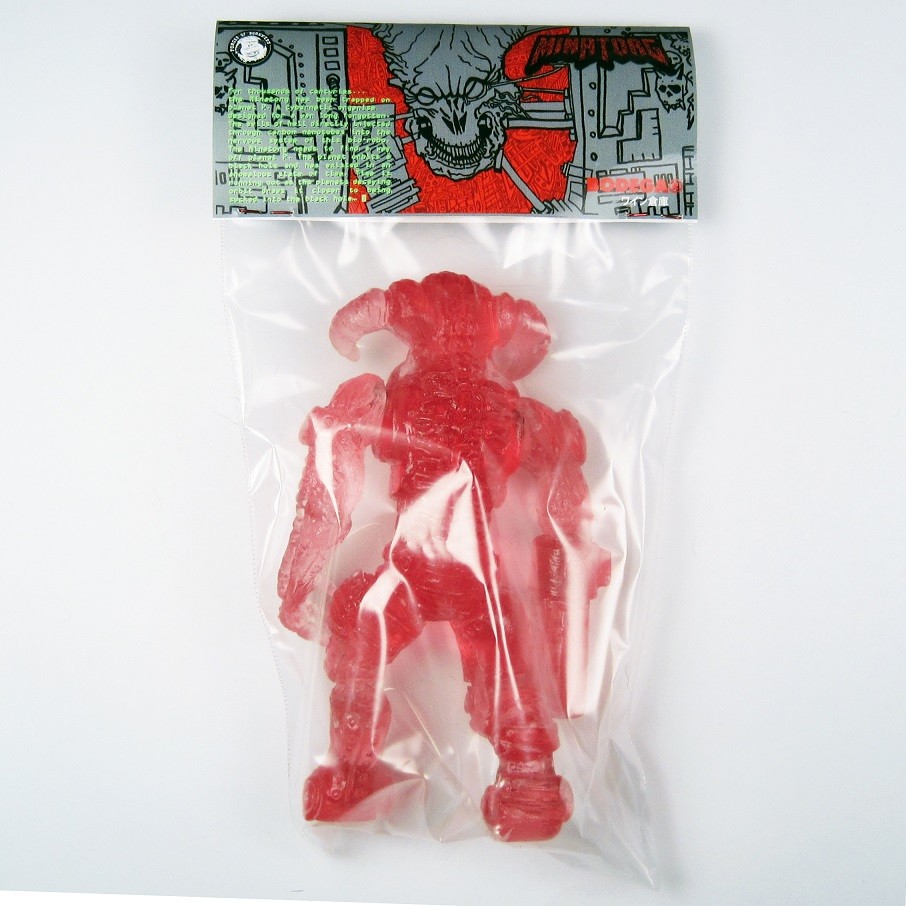