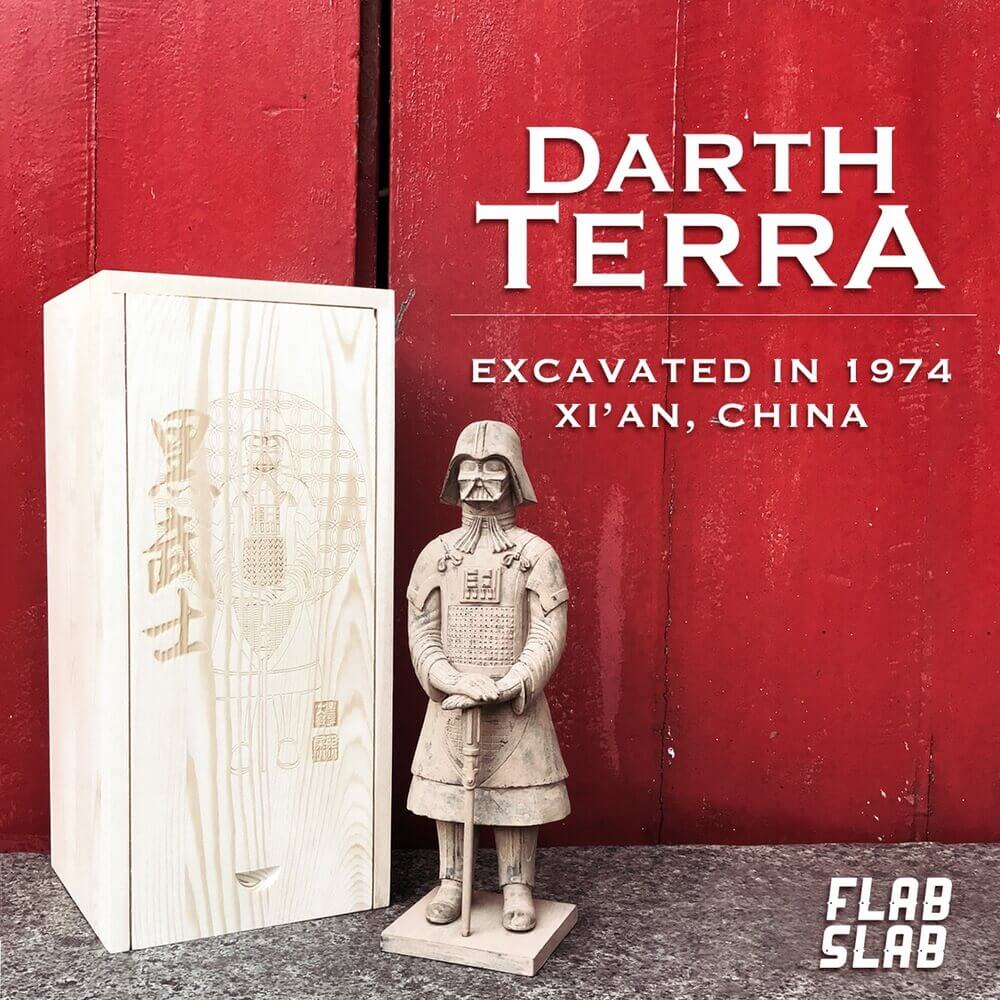 If George Lucas had the power to make Terracotta Army this would be it! The myths have been unfolded and FLABSLAB has unearthed DarthTerra! could it be true that the first Emperor of China Qin Shi Huang was the man behind Star Wars? And George Lucas was a mere charade. Who knows, all we know you could have a DarthTerra yourself. 9 3/4″ tall with the base. Cast in resin and painted to look like the real thing. Comes in 3 different parts (figure, saber and case) and packaged with diecut foam in a wooden box. Released TODAY at http://flabslab.bigcartel.com/