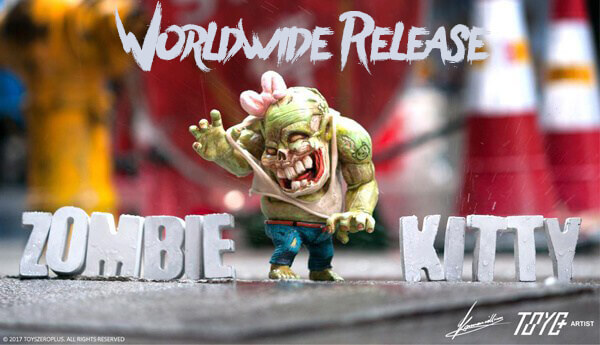 The time has COME! The apocalypse to your money as ” Zombie Kitty” by Kaman William and ToyZero Plus gets the worldwide release after making its debut at The 666 Project Round 1 exhibition. A couple of months ago we introduced to you Hong Kong graphic designer and video game illustrator Kaman William and TOY0+” Zomie Kitty” as they joined forces once again after the success of Kamen’s “Newvman Awaker”. We were lucky enough to see the near-finished prototype at TTE 2017. The one prototype that took a chunk outta TTC was Kaman William x Toyzeroplus “Zombie Kitty” as we found it pretty funny. The collaboration this time round, mixes cuteness, bazaar and dam right freaky all into one will certainly raise eyebrows. Brain for a bow, come on haha eat that Hello Kitty! Zombie Kitty is ready to for the worldwide domination! 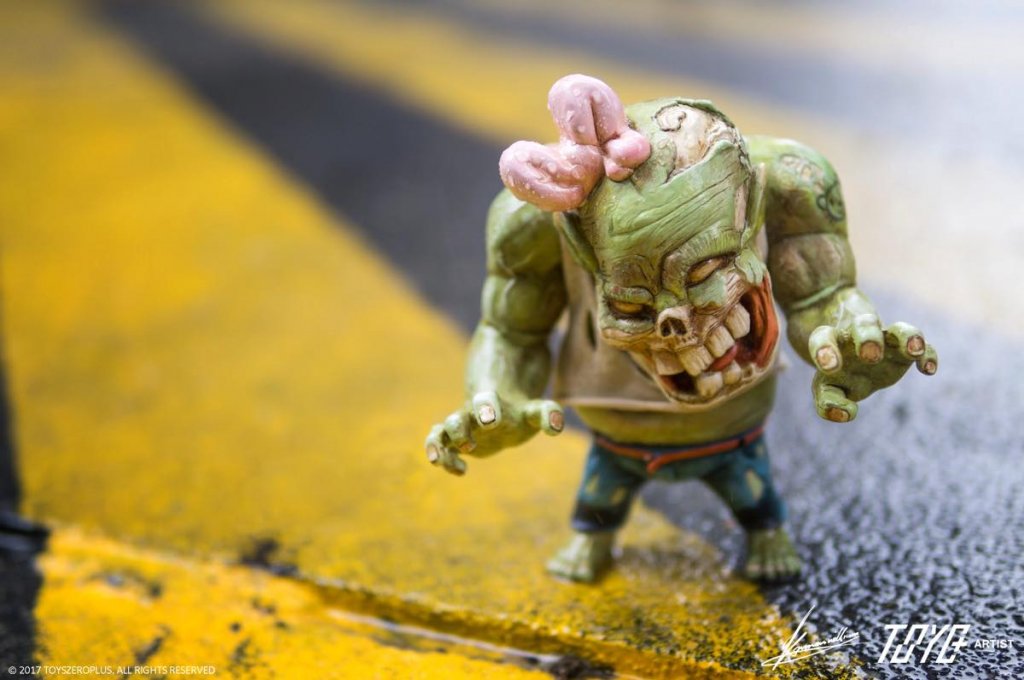 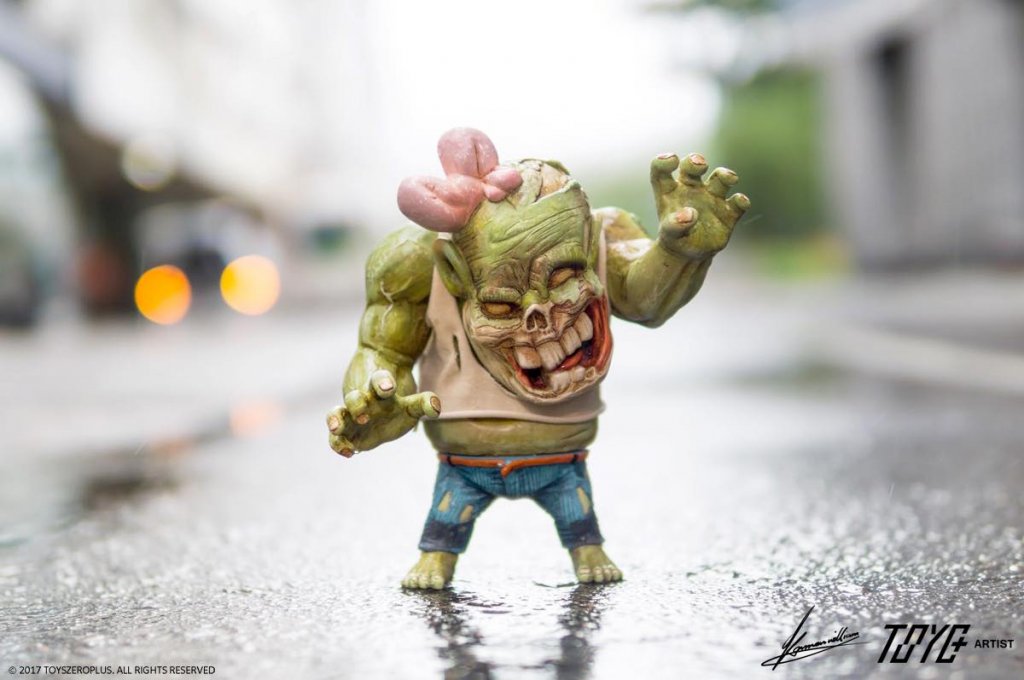 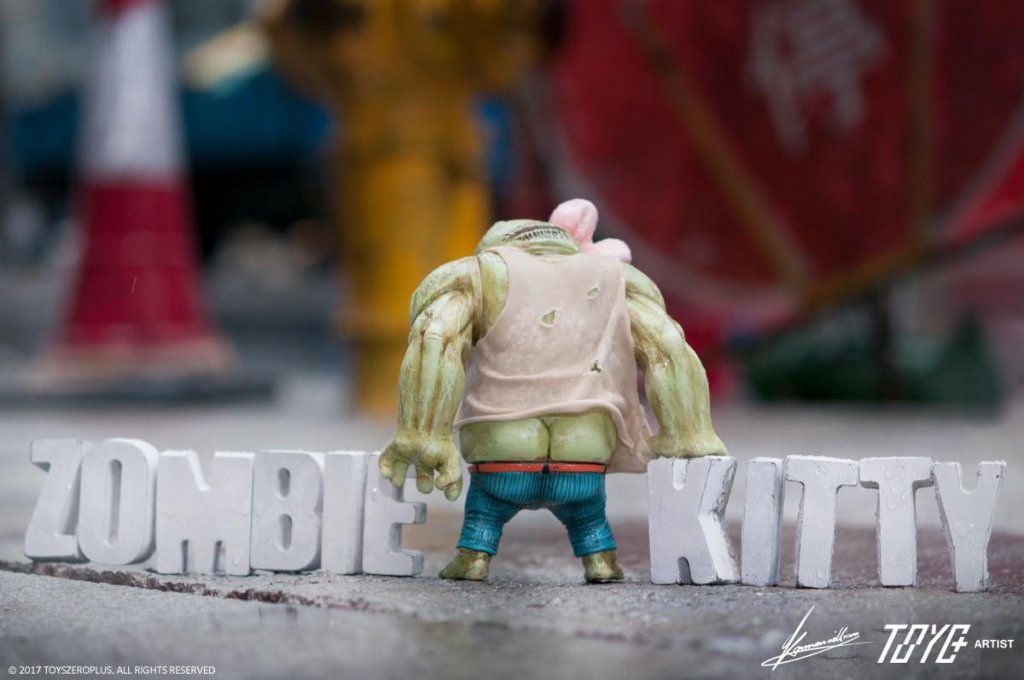 ZOMBIE KITTY vinyl collectable is 16.5cm tall in total, detail painting application and included a vest as accessories. This figure is 100% refer to William’s original artworks, as a realistic form of vinyl collectable.

WHERE: Limited stock will be available at The 666 Project Exhibition held at Wrong Gallery Taipei. Official worldwide release online at https://toyzeroplus.com/shop/ 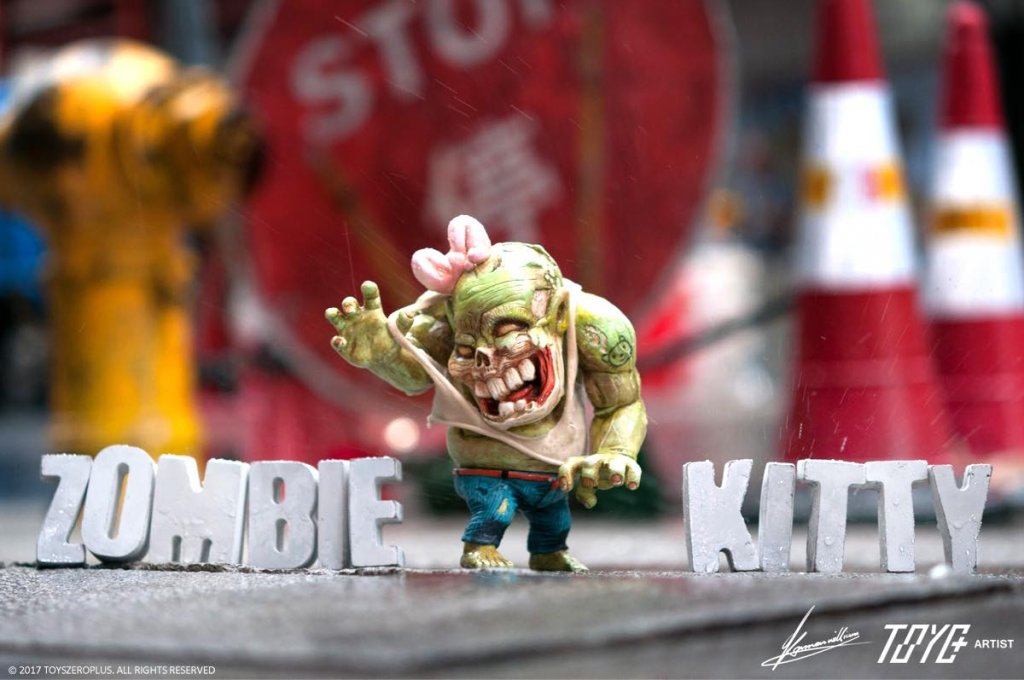 
We hope ToyZero Plus will be taking Kaman “Hot Deer” illustration and turning that into some vinyl goodness in the near future too. 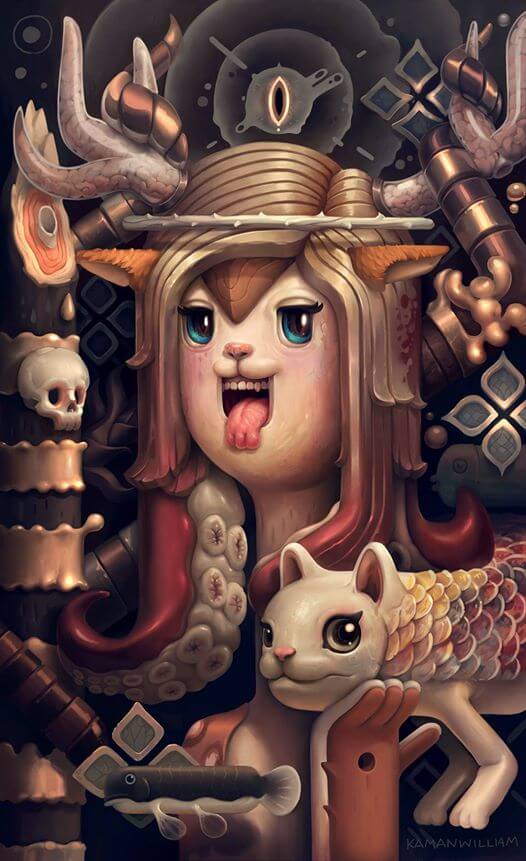