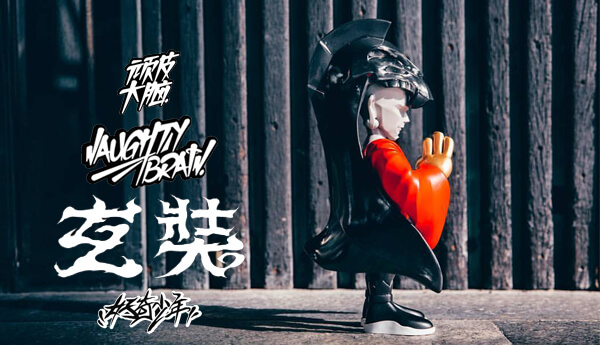 Great news today coming from the guys from NaughtyBrain. With all the setback in manufacturing light at the end of the tunnel has finally come as Xuan Zang The Chinese Buddhist Monk Color Version is ready and joins the Pewter Copper and Gold edtions.

The wait is over! As promised here are the release details for Xuan Zang The Chinese Buddhist Monk By Naugthybrain. Today our main guys, Shanghai-based designers CuriousBoy & O’YanRu of NAUGHTYBRAIN. Shared more information and Xuan Zang in its full glory! Pewter Copper version NOW on sale right now.

This project is the “EAST TO WEST” series of the third art figure – XuanZang, the style always keep HIP-HOP, XuanZang and rap this element together, for the role of interpretation, we keep some of the elements inherent, such as clothing, monk, etc., but have done a “fashion redesign process”, for the embodiment of rap is in the hand movement, we redesign a classic JAYZ gesture, on behalf of rap, while this A gesture as close to the feeling of Buddhism.
The figure into two large pieces, one is Xuanzang body, another is the head of the white dragon horse this dragon horse design has become a dragon horse helmet + cloak feeling, because we wanted to subvert people before The image of the white dragon horse, before the master are riding horse, but right now the horse riding a master. 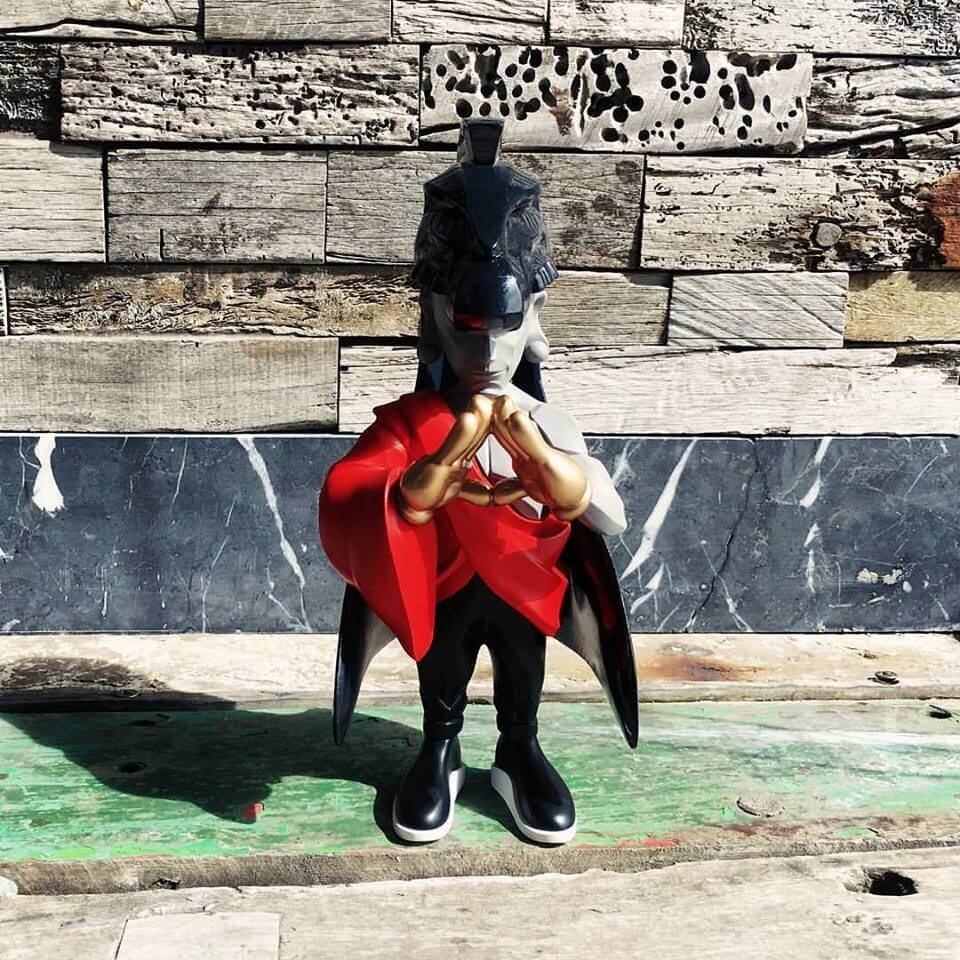 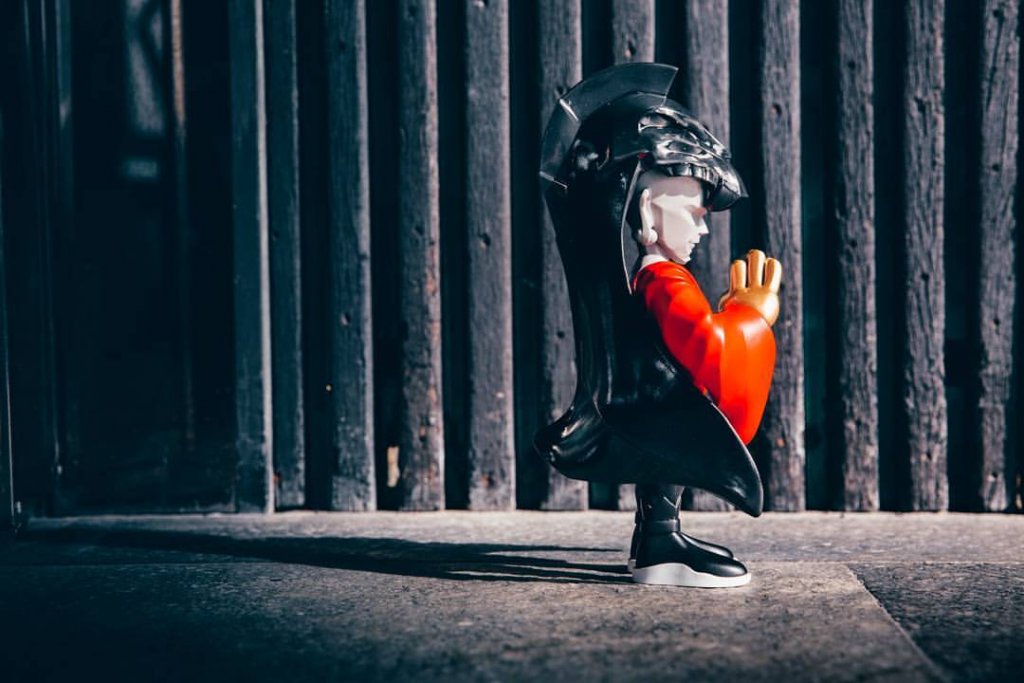 Figure is two large pieces, one part is the body, the another is a head of the white dragon horse.
Selling price is 180USD(FREE SHIPPING) for color version.

To order simply Email [email protected]  or Instagram tell them The Toy Chronicle sent you. 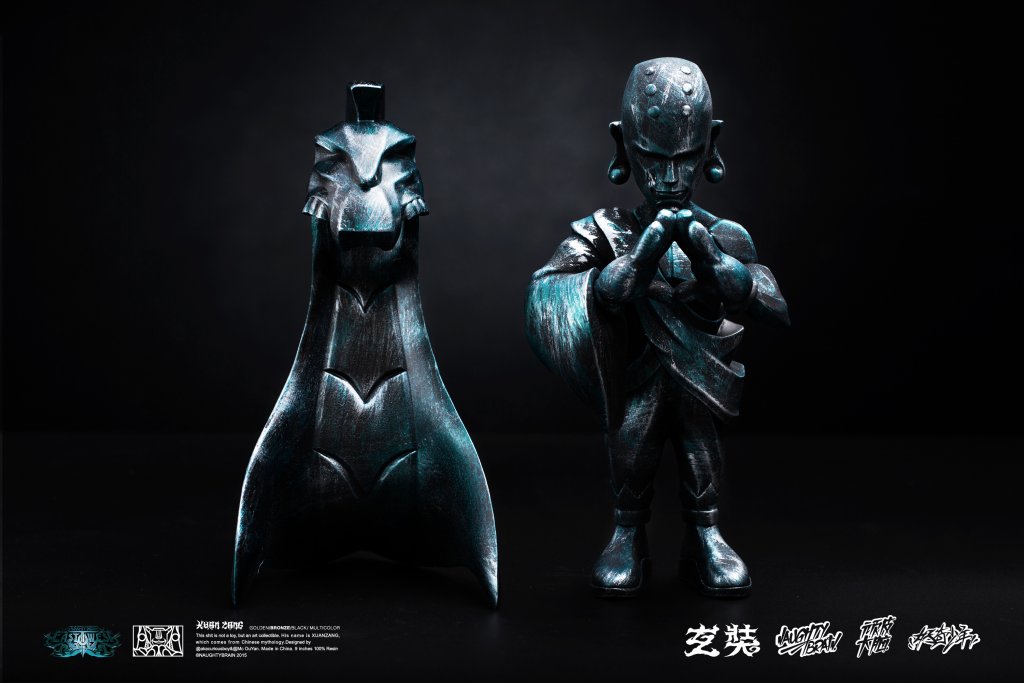 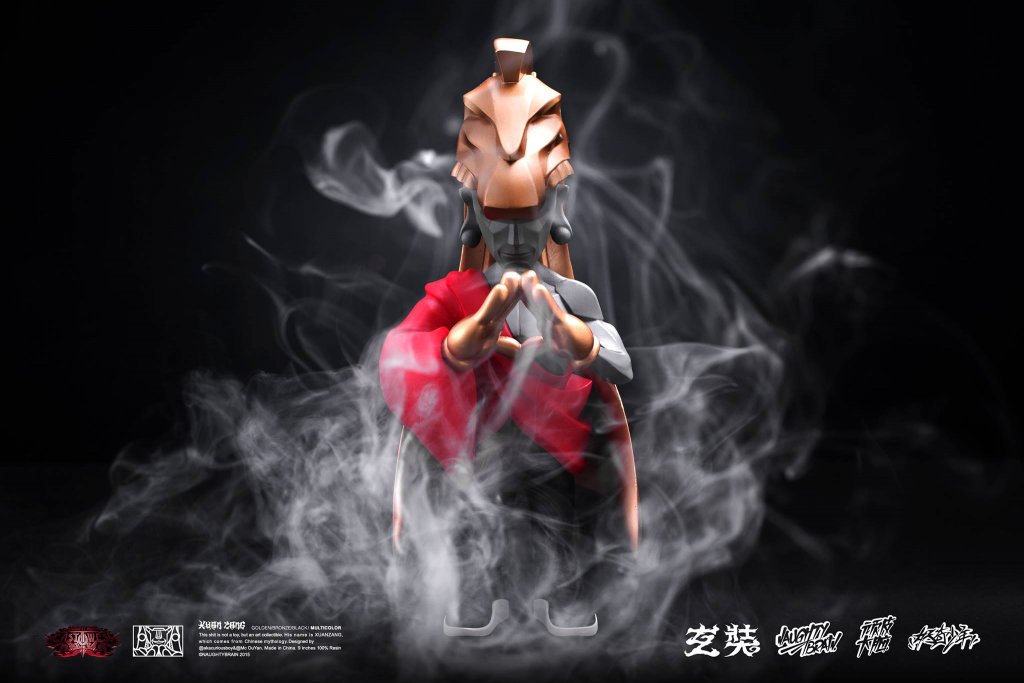 We will leave you with this XUAN ZANG NEW ILLUSTRATION VISION BY Jia Jun Liu which is brilliant! Wonder if this will become a print? 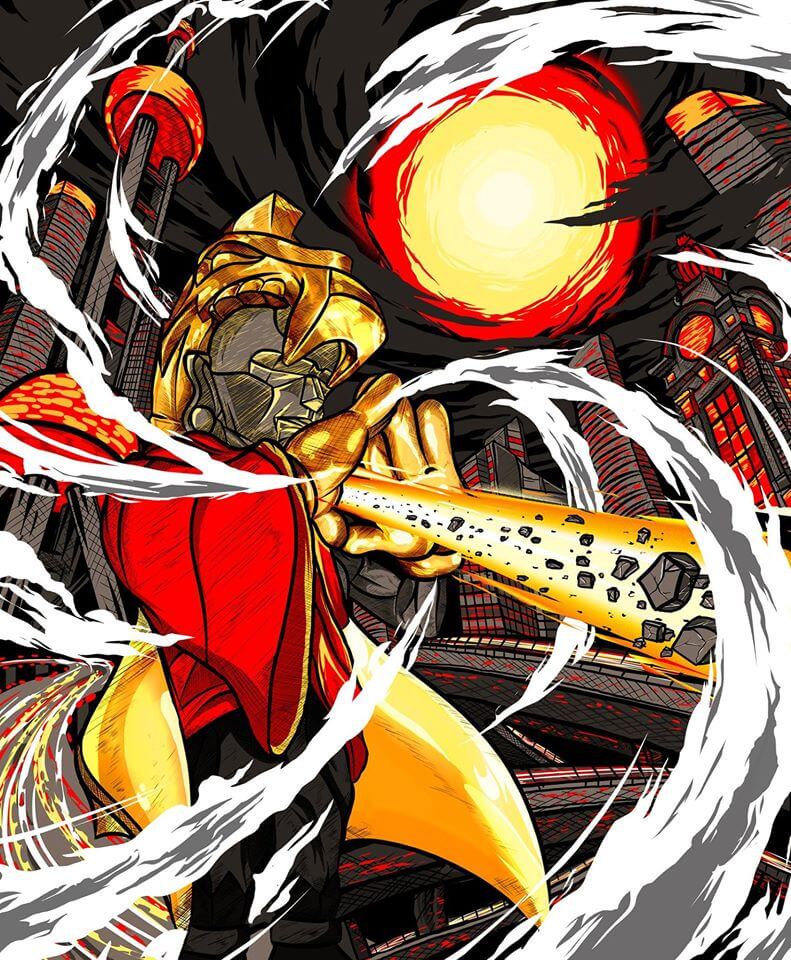 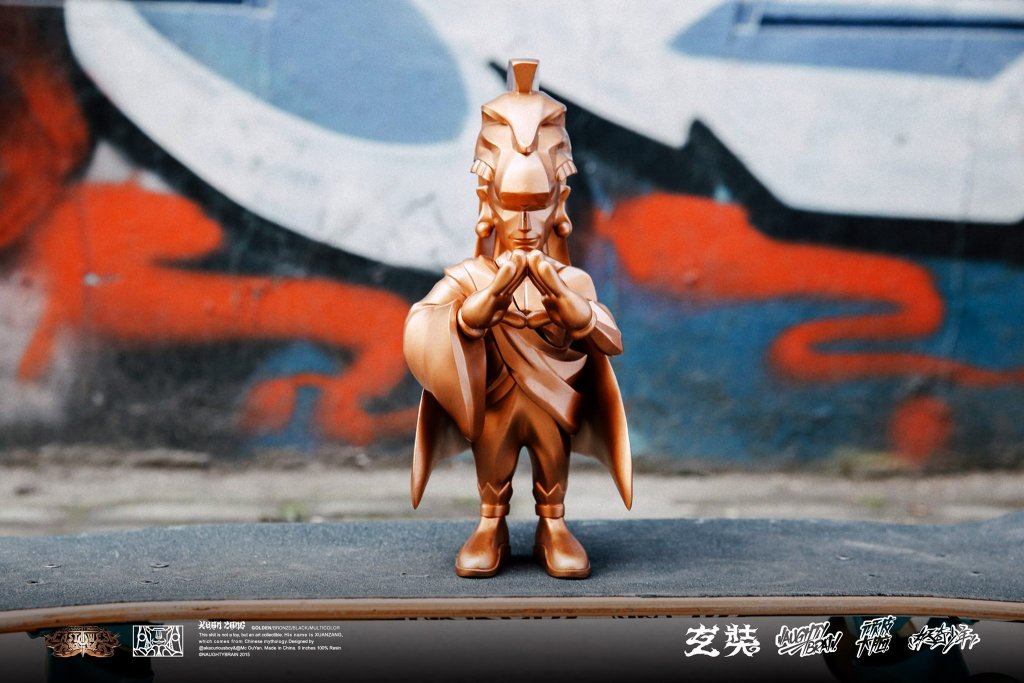 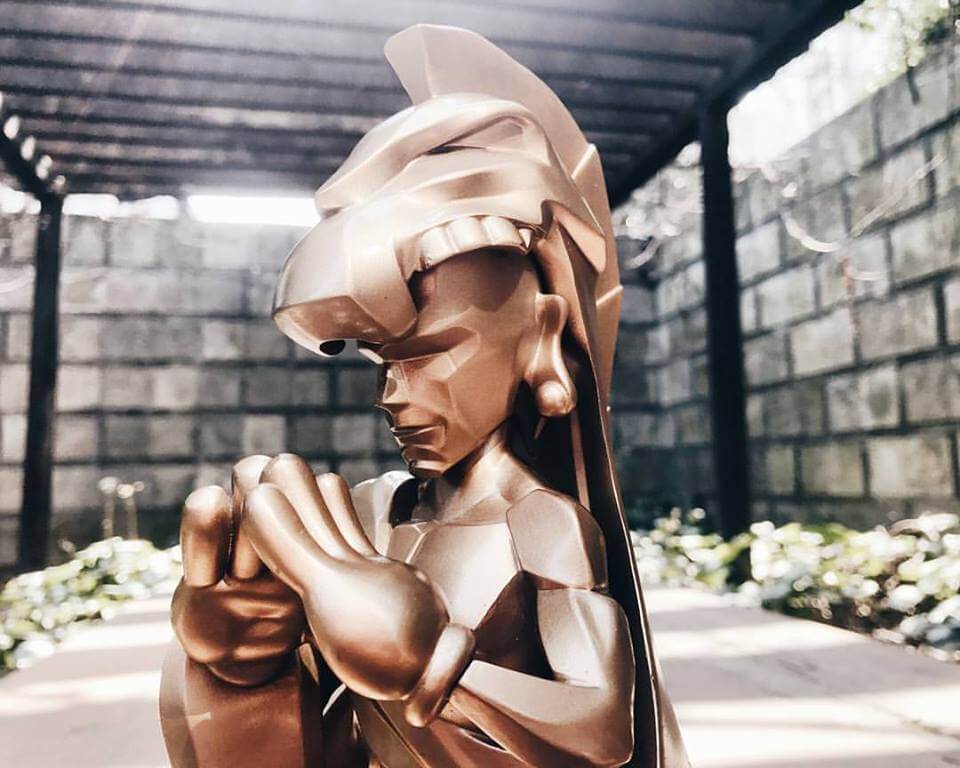 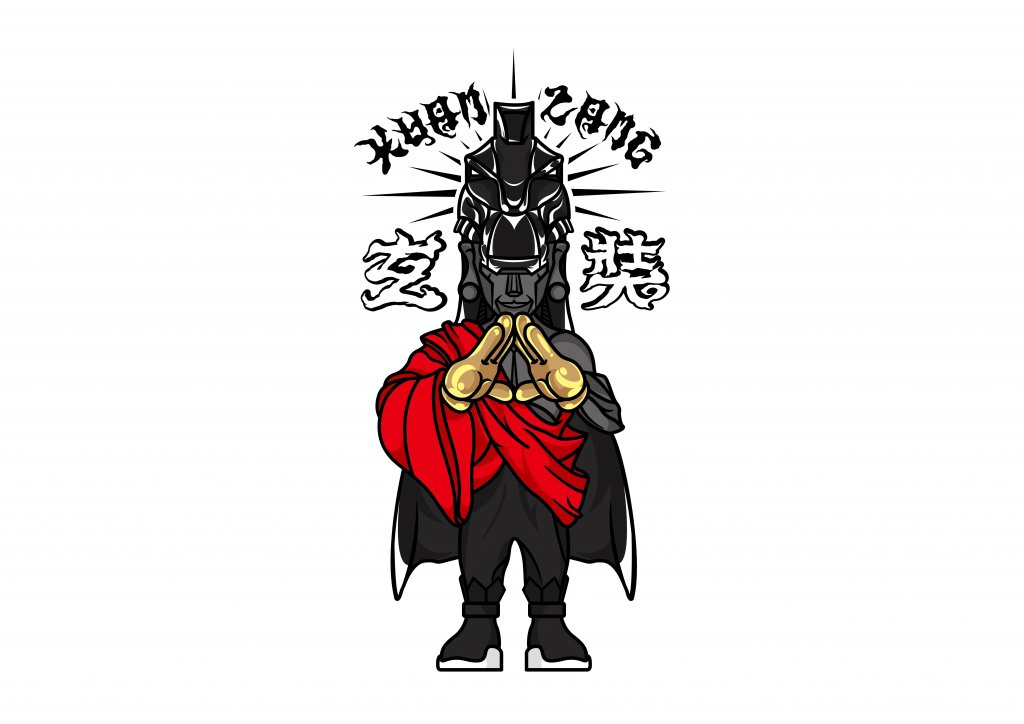 This shit is the “EAST TO WEST” series of the third art figure-XuanZang. Style always keep HIPHOP.
Figure into two large pieces, one is Xuanzang body, another is head of the white dragon horse.