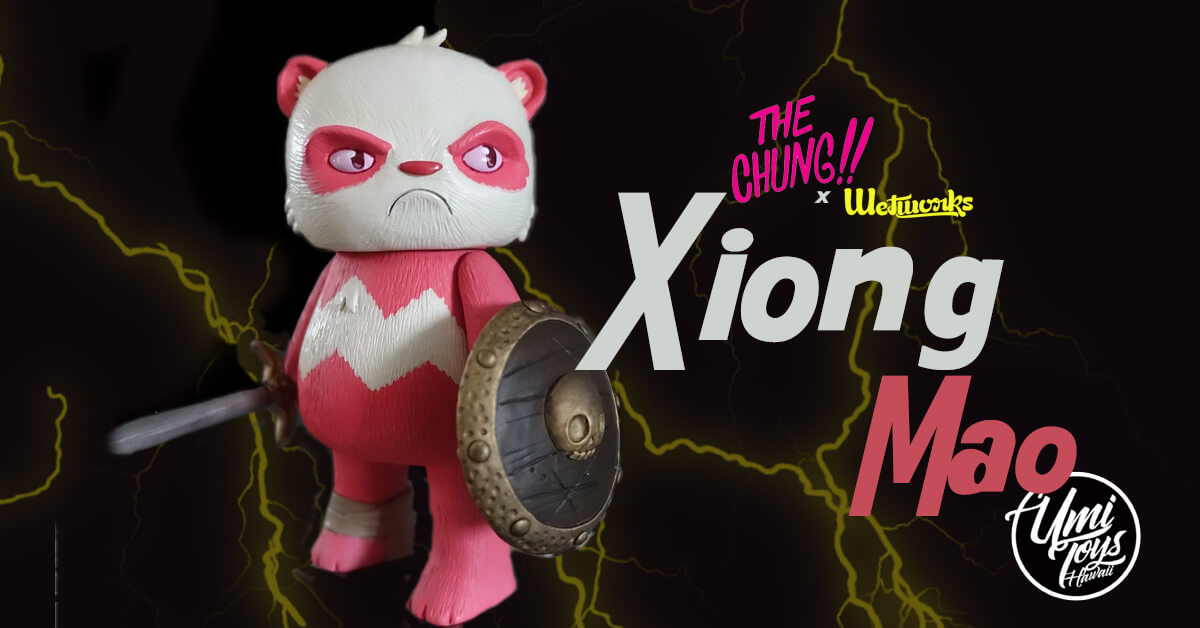 He’s ready and ready to punish anyone coming close to his bamboo! The long-awaited David “The Chung” Chung x Wetworks “Xiong Mao” is all set to make his debut at Amazing Comic Con via Umi Toys Hawai’i booth!

We don’t know about you guys but we love looking at what goes into developing art toys and process. Last year, Carlo Cacho aka Wetworks gave fans a little taste of what went into Xiong Mao the collaboration with David Chung The Chung.

I wanna share with you all especially those artist who wants to dive into the art toys scene the process on how we usually do collaborations from sculpting to the actual production, this is still a work in progress and will be updating from time to time but for now learn and enjoy!

Our exact words were “Oh Lord!” when we saw the process of Xiong Mao By David Chung The Chung x Wetworks being made! David Chung gave an update to Xiong Mao! Finally, we get to see another transition from illustration to an art collectable as “Xiong Mao” by the one and only The Chung aka David Chung gets the art toy treatment!!! We’ve already fallen in love with Davids POUTY PIG back in 2015 where gazed at the marvellous creation which has bags of character. “Xiong Mao” is on the way. Sculpted by blackzartz and Wetworks, produced by Carlos, which is another figure under his belt will see Xiong Mao. Who’s wants to take on the MIGHTY Xiong Mao! Check his grumpy face.