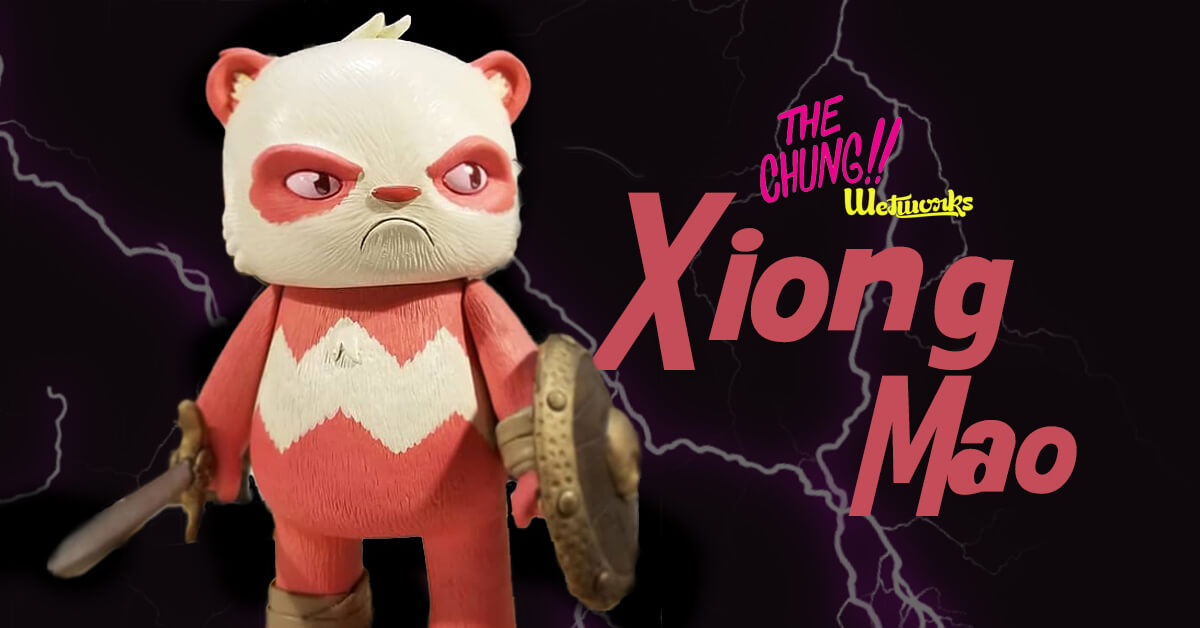 Last year our exact words were “Oh Lord!” when we saw the process of Xiong Mao By David Chung The Chung x Wetworks being made! TODAY saw David Chung give an update to Xiong Mao! Finally, we get to see another transition from illustration to an art collectable as “Xiong Mao” by the one and only The Chung aka David Chung gets the art toy treatment!!! We’ve already fallen in love with Davids POUTY PIG back in 2015 where gazed at the marvellous creation which has bags of character. “Xiong Mao” is on the way. Sculpted by blackzartz and Wetworks, produced by Carlos, which is another vinyl figure under his belt will see Xiong Mao make a New York Comic Con! but this time with a new coat of fur! Who’s wants to take on the MIGHTY Xiong Mao! Check his grumpy face.