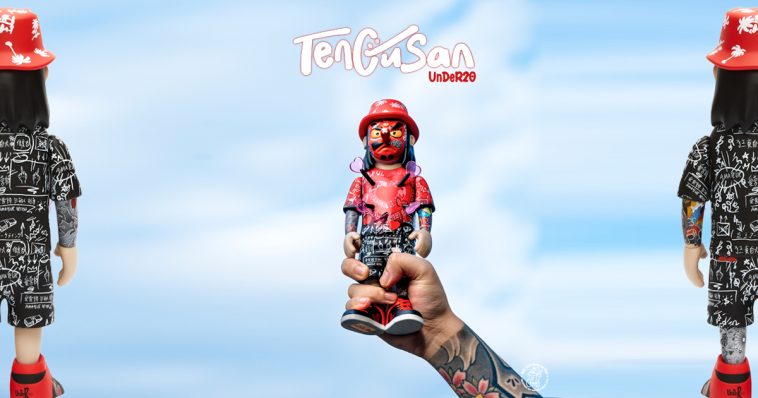 TenGuSan is back! UnDeR20 x TenGuSan already caused a storm last year with the first edition of TenGuSan’s vinyl figure powered by LTNC Studio Lighting Crew! Fast forward to the present day The Oni wearing figure, UnDeR20’s second-ever 24CM art toy inherits the same body ratio and silhouette as the preceding “TenGuSan in Coverall” – dressed in summer clothing, the new toy almost fully replicates TenGuSan’s body tattoos on the arms and legs, though treated with highly appropriate selection and simplification.

Its name “TenGuSan St. Sebastian” has much to do with the five arrows shot onto the toy’s body, and the inspiration comes from a 1968 Esquire cover photo of American boxing legend Muhammad Ali, in which six arrows were placed onto his torso and leg. Coincidentally, famous Japanese writer Yukio Mishima was also once photographed with arrows all over his body. And both photos share the same origin: St. Sebastian, a Christian martyr killed with arrows during Roman emperor Diocletian’s persecution of Christians.

As the toy’s primary colours, red and black seek to imply TenGuSan’s fans and anti-fans, with the border between the two colours treated with gradient effects to suggest that there are no obvious boundaries between the two fan groups, as they can easily change from one to the other at any time. The red heart also has multiple layers, meaning TeGuSan fans also have varying degrees of fondness. The red part of the body is filled with compliments to TenGuSan, written in cute 8Bit pixel style to indicate they’re fruits of the Information Age, while the black part incorporates sharp-edged texts to present ill-willed comments for TenGusa. Red or black, positive or negative, these texts, when mixed together, form the complete TenGuSan. And no matter what they’re pointing to, the comments shoot onto TenGuSan’s.

In these comments, TenGuSan can be either real, cool, unique, independent, tasteful, and good at photography, or mean, arrogant, harsh, fond of publicity stunts and self-marketing, and poor in photo-taking. Everyone has so many labels on them, real or fake ones placed by oneself or others. Is everyone getting affected by such labels? Some may even become the person described in their labels. As time flows, everyone will just get more and more labels, with descriptions getting clearer and clearer – some of these labels are too hard to remove, while some are too many to remove.

For me, labels, positive or negative, are all parts of me, and they make me more complete, fleshy and interesting. Whenever thinking about the fact that a baby, born pure and innocent, will enter the grave decades later, full of labels, I’m asking for something even cooler: “Can you guys have my coffin fully labelled?”

WHERE: Direct message via Instagram to be placed on the pre-order waiting list or Email [email protected] 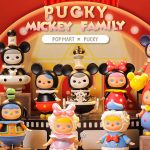 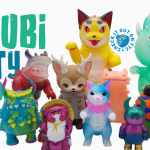