December 2018, Unbox Industries caused a little pandemonium when the prototypes went on show at ToySoul 2018. Today, Unbox issued a statement and an update on what’s happening. It seems Unbox now as a sub-division concentrating on uniting brands together with the Unbox twist.

“Eventually Sanrio and Unbox are together”


Unbox keeps looking for a partner with similar style and goal to seek for a breakthrough in this industry. This year, Unbox has decided to cooperate with Sanrio with honour. We will select the popular character and give them a completely new image to the public. More information will be released after, so stay tuned for the official announcement of unbox. Thanks for the support!

No news when the general release will take place, but stay tuned for further updates. We would take a gamble that other Sanrio characters will be released too, Aggretsuko and Badtz‑Maru please Unbox. 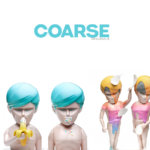 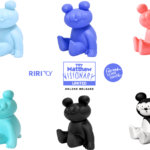