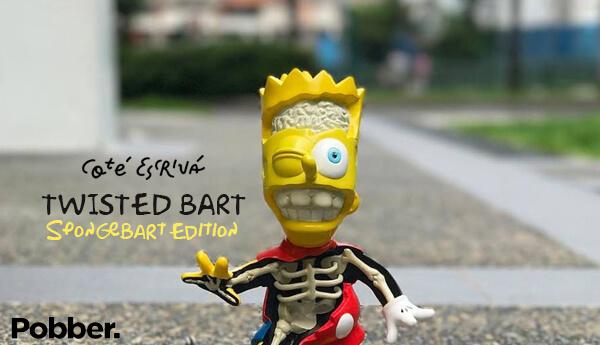 Twisted Bart first made its debut and having sold out at  Singapore Toy, Game & Comic Convention 2016. Pobber Toys newest collabo with Spanish artist Cote Escriva Twisted Bart makes a return as “SpongeBart” Edition! The first time we’ve seen a non-stealth version and it looks much better. 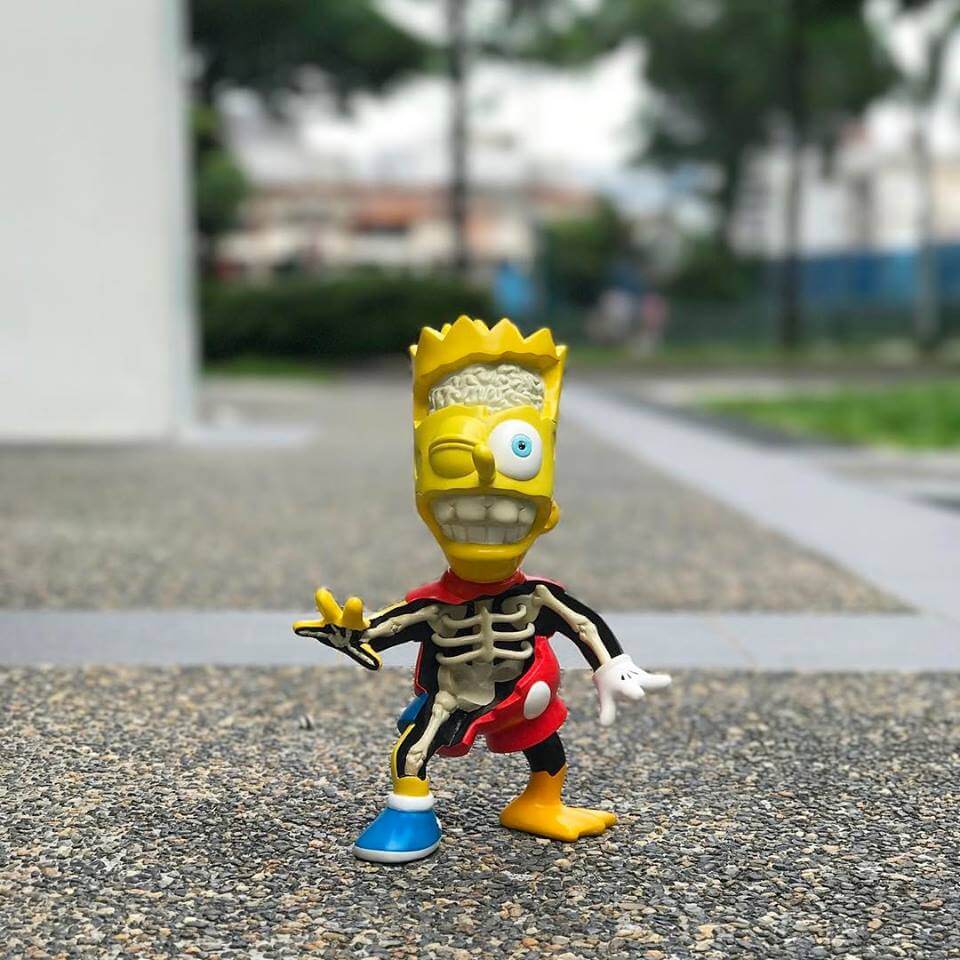 Cote Escriva OG print of Twisted Bart gets more twisted in full colour. No news on the release date, but a little bird told us that it might make its debut at Thailand Toy Expo 2017.

Designed by famed Spanish designer & illustrator Cote Escriva, Twisted Bart is a zombified mashup inspired by pop culture including Bart Simpson and Spongebob among many others.

Twisted Bart is 9 inches of resin goodness packed in a mashup of some of the most recognisable icons.

Could you shed some light or are we hearing Chinese whispers?

Yes we do have something in the works with Cote Escriva. It is based on his line of Twisted Toons and I picked a Simpsons character seeing as I am a big Simpsons fan. It has been a challenge translating his detailed work into a 3D figure. We have just completed the hand sculpted model and we are insanely excited. Hopefully collectors will feel the same way when they see the finished piece.- Pobber Toys check out the interview HERE. 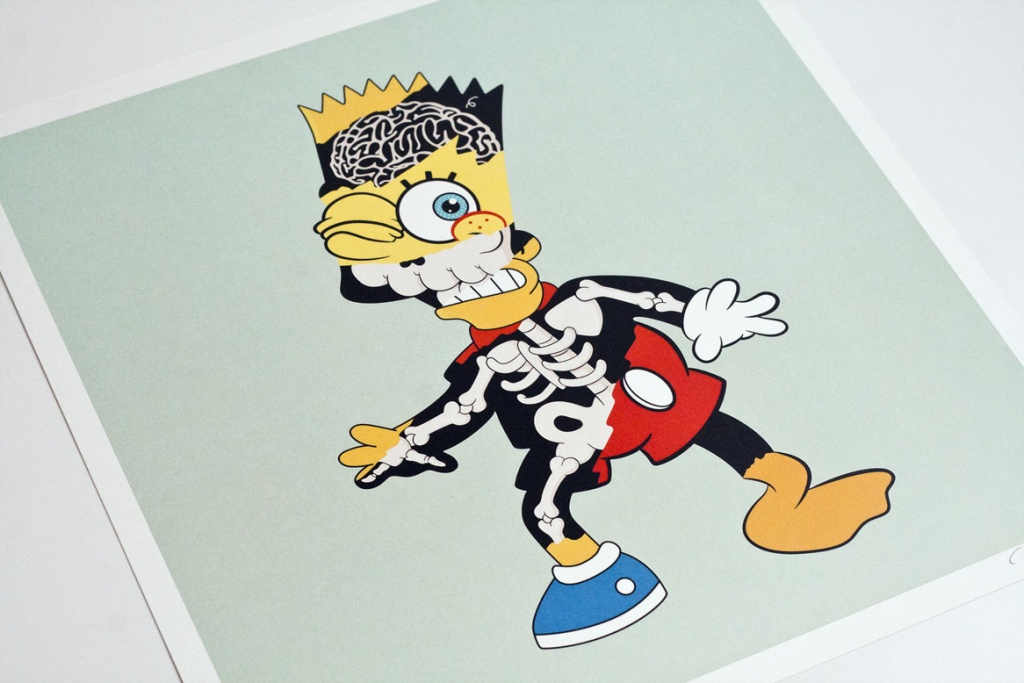 “Twisted Toons is an amazing series of mashups from Spanish artist Cote Escriva, with a style heavily influenced by American culture, street art, the tattoo world and classic cartoons. Cote’s work has been published in various design magazines and has participated in numerous exhibitions, both collective and individual, in cities like Los Angeles, Singapore, Barcelona and Valencia.” 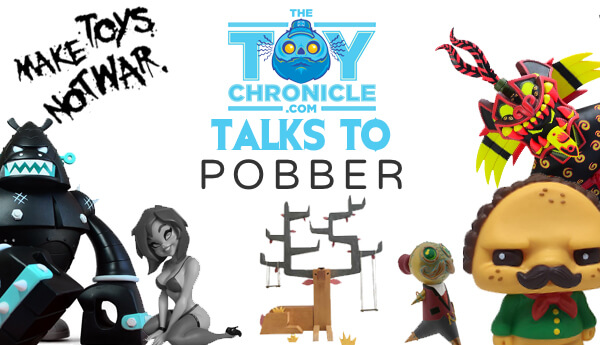