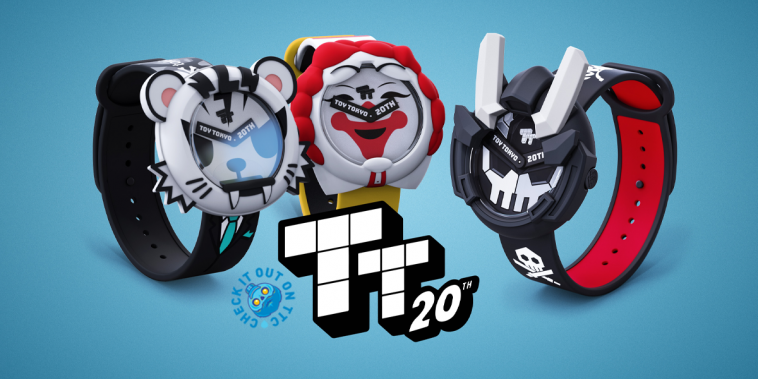 Congratulations to Toy Tokyo & Lev Lavarek on the 20th anniversary of their NYC store opening. Many, many people believe that Lev was the one that helped launch the Designer Toy movement all those years ago, you’d be hard pushed to find someone that argues against that point. To celebrate Toy Tokyo’s 20th Anniversary, Lev & Toy Tokyo are releasing three new Designer Toy watches, designed by three of iconic artists over the last 20 years – Ron English, Simone Legno of tokidoki and Quiccs!

Located in New York City’s East Village, Toy Tokyo is a quirky repository for an incredible array of designer vinyls, limited edition toys, rare games, retro replicas, and early-edition artist toys including the Kaws companion. The store was started by Lev Levarek and caters to avid collectors and mingles with the who’s who in the collectible and designer toy world. Toy Tokyo and Lev have consistently been at the forefront of the industry, supporting artists like Kaws, Ron English, and Michael Lui before people even knew who they were, and launching exclusive and limited edition content with classic brands Funko.

A seminal figure in the designer toy world, Lev started Toy Tokyo in 2000 when no one had really heard of artist toys. The designer toy movement effectively started in the upstairs of Toy Tokyo and grew into the industry we know and love today because of Lev. Artist after artist credits Lev for their ability to have a toy out in the world and everyone seems to know that “whatever Lev touches, sells”. If Lev likes your toy, it’s gonna be big.

The 20th anniversary Toy Tokyo collection will be available at New York Comic Con, this coming Thursday 7th October on the 7th Floor, booth 1156 and at ToyTokyo.com and will retail for $150.00.

Lev is also the subject of short documentary, which you can watch below, celebrating Lev – the Genius of Toy Collecting! Well worth a watch. Only 9minutes or so.

Toy Tokyo: The Genius of Toy Collecting from Toy Tokyo on Vimeo.

M.C. Supersize is Ron English’s cynical and humorous interpretation of American consumerist culture wherein Ronald McDonald has indulged on his own wares.

Ron English is a contemporary artist known for his street art with humorous undertones. His technique often involves a practice known as culture jamming or shifting public perception of corporate agendas through modification of mainstream brands and iconography.

Inspired by his passion for Japanese robot culture, hip-hop, and graffiti, toy designer and illustrator Quiccs’ art is an expression of the cultures that define him. His Toy Tokyo artist watch features the Bulletpunk Universe character TEQ63 and is an amalgamation of all his biggest influences, in a single figure.

Known for his larger-than-life characters, Simone Legno’s Salary Man Tiger is the blue collar, everyday man and pays homage to the most important thing in the world to Legno, family.

Simone Legno is an Italian-born artist best known for his creation of the Tokidoki brand. Legno’s designs are heavily influenced by his passion for Japanese culture, street art, and graffiti. 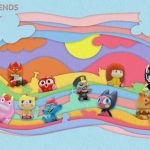 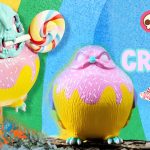