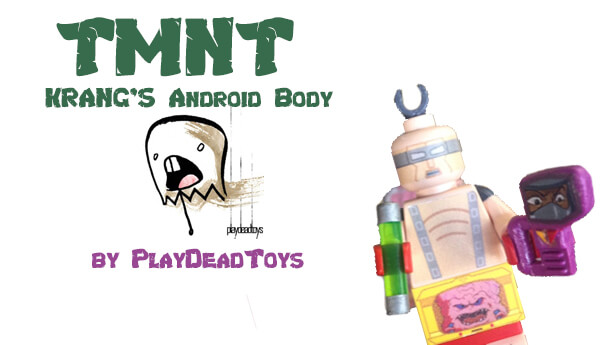 Quick heads up so you guys don’t miss this badass custom Lego Mini-figure by PlayDeadToys AKA Michael Reilly! Having seen the earlier OOAK custom earlier this year we’ve been waiting like the rest of you TMNT mini fig fans for this release. No more waiting as its HERE for your collection.

“Created for the Boss Krang art & toy show at Acme Superstore in Florida earlier this year, This minifigure revisits the classic cartoon styling for Krang & his Android Body.” 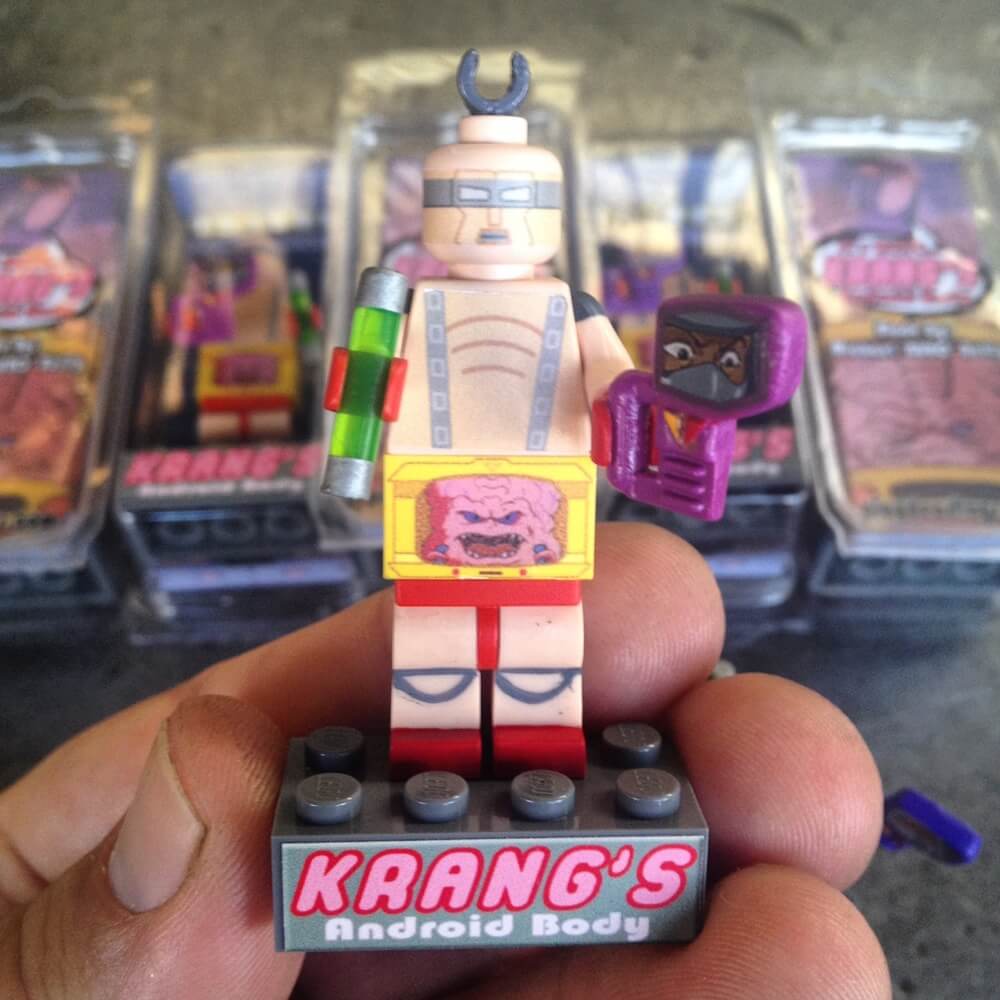 Each figure contains original lego parts, each sourced for its unique color (my goodness flesh colored parts are in short supply!), as well as two resin cast parts. The cast parts include the head antenna (cast from an original lego part in a color not available), and the hand-held communicator (custom sculpted & cast).

Each communicator has a different image of shredder taken directly from the animated series, and each is cast in a slightly different color to accurately mimic the communicator’s color changes throughout the series (and often within each episode/scene). All graphics were created & printed onto water-slide decal paper, then applied to each figure. Each figure also has hand-painted accents (the lines on the legs, etc.).

Each figure comes in a bubble case, punched for hanging, with hand cut & folded inserts (which depicts the interior of the Technodrome). 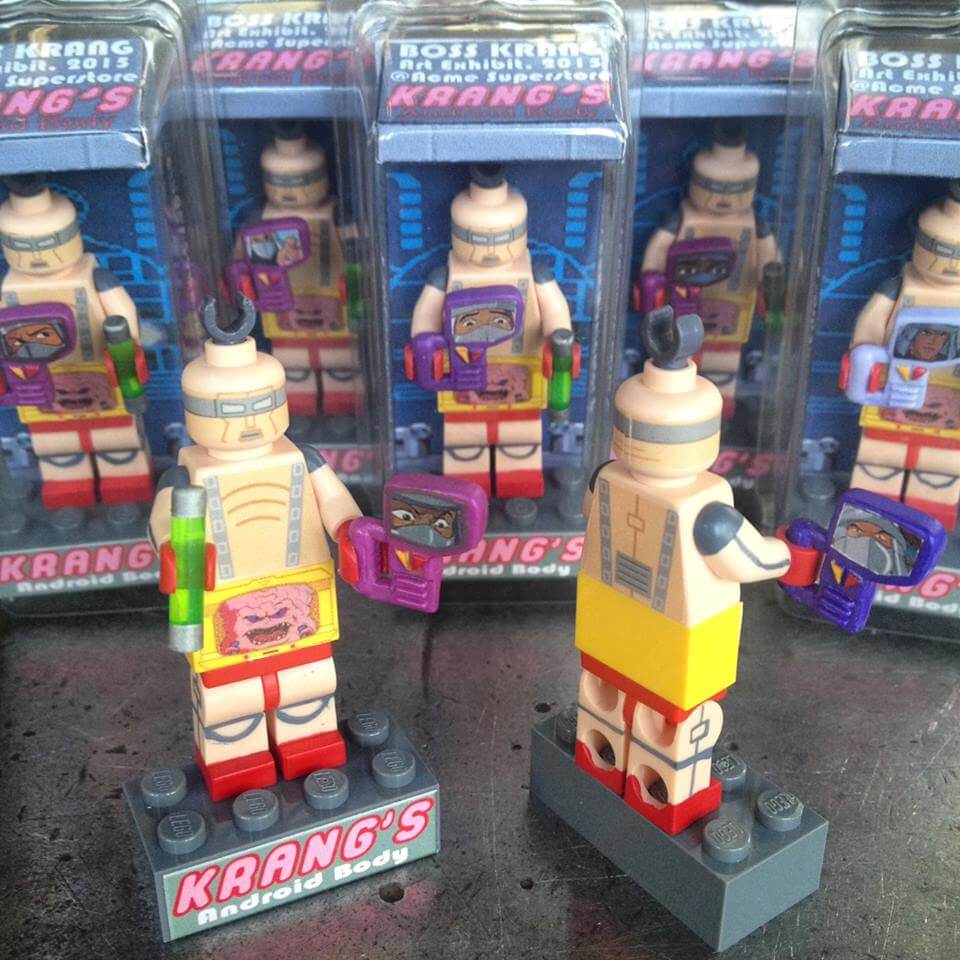 These figures are limited to 10 pieces, and will not be produced again. Each figure is a unique hand-made art toy.

Freaking cool right?  right down to the custom made packaging! if you want to snag one then don’t sleep and head to  http://playdeadtoys.bigcartel.com/ Priced at $40.