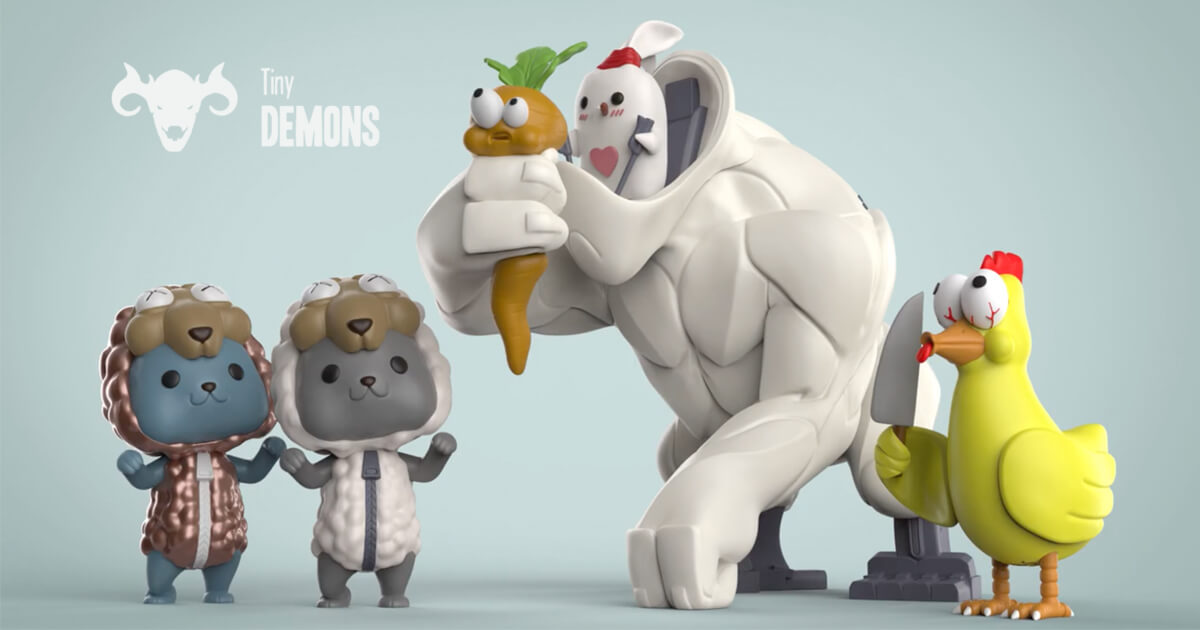 Germany based artist, Moritz Schneider recently launched his first Kickstarter campaign for his first series of resin designer toys! and boy was it was a smash hit already! Meet Moritz “Tiny Demons” The campaign has already reached its target goal BUT there’s still time to back the campaign whilst benefiting yourself and collection being the first collectors to own them! a wide range of tiers to choose from like the AWESOME *EARLY BIRD* Killa Chick right up to the Team Cuteness tier which include the 8,5″ – Robo “Ommel” and little “Hunter” Wolf in sheep’s clothing.

“This rabbit is a serious killer. Don’t get fooled by his cute look and his fluffy belly.”

“This rabbit is a serious killer. Don’t get fooled by his cute look and his fluffy belly.”

The idea behind this toy was to create something which is cute and funny. I had the idea a long time before and I love mechs which are controlled by pilots. This toy combines the modern style of mech suits with the cartoon style of the good old time.

There are 3 different designer toys to choose from

All toys will be limited to around 30 pieces and signed.

The campaign ends Saturday, April 4th 2020 2:00 PM BST. hit up http://kck.st/38wUlZz to back the campaign and join the onslaught! for a more in-depth look visit https://tinydemons.de/