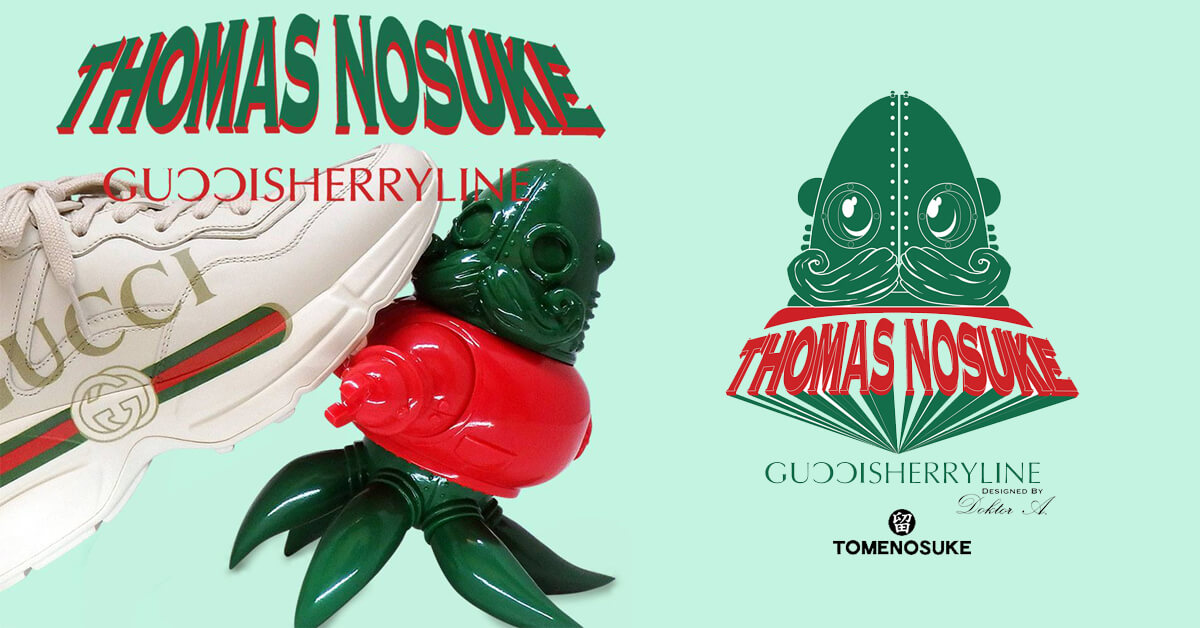 It was the start of 2014 when the design of a Sofubi robot called Thomas Nosuke was first sent to me by Doktor A. It was exactly five years ago. The person whom I had initially engaged to make the prototype disturbed his health condition and needed some time to fully recover. So I tentatively started the plan over from the beginning.
After that, some time passed before I passed the baton to Youhei Kaneko of mirock toy, and the prototype was completed in July last year. The production at the factory Obitsualso proceeded smoothly, leading to this day. – Tomenosuke