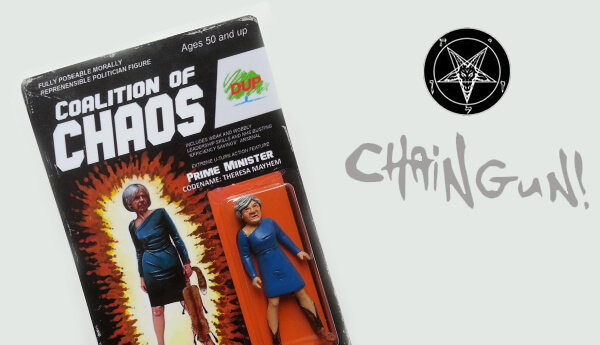 Chaingun Art aka the notorious David Withers is back with Theresa Mayhem action figure! A figure you won’t find these figures at your local toy store! Ha. We can picture Theresa May having one in her collection of adult toys. Joking aside this Theresa Mayhem bootleg style figure will definitely raise a few eyebrows. The backing card art itself needs to be a print! Should we buy one and send one to Corbin? 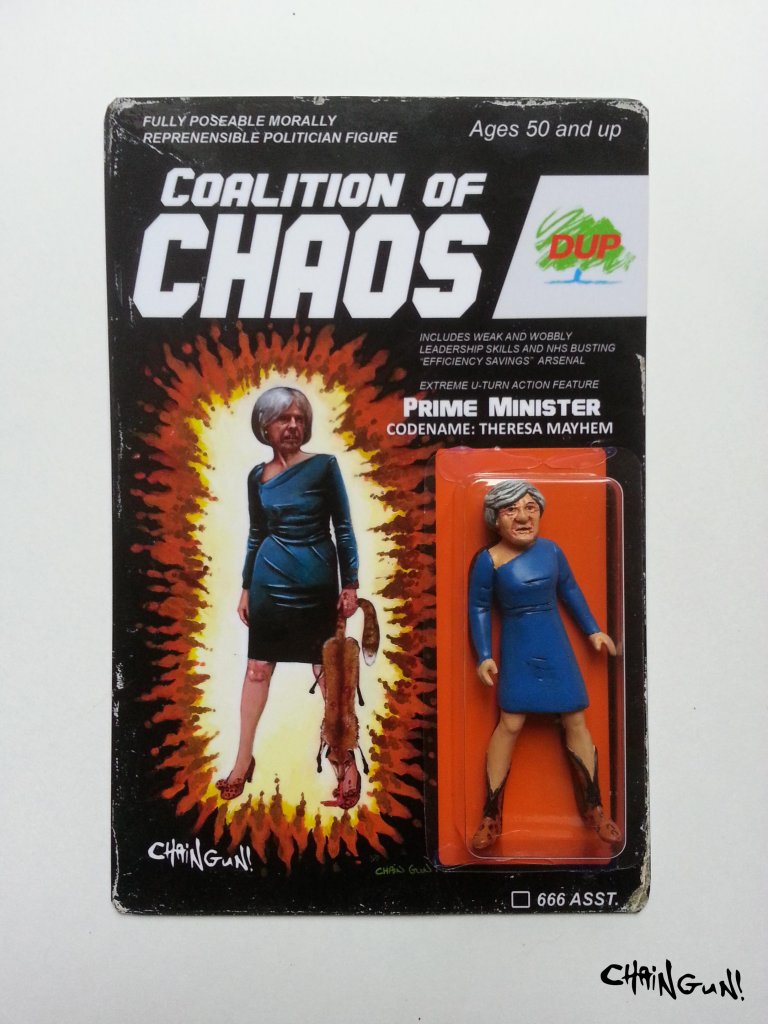 Seeking to strengthen her mandate ahead of the Brexit negotiations Prime Minister Theresa May asked the British people to go to the polls on  Thursday 8th of June 2017.

unfortunately, the election did not go as predicted and May lost her majority.

Weak and vulnerable with power slipping through her fingers she was forced to turn to the only political party desperate enough to get into bed with her, the DUP!

So the Coalition of Chaos was Born.

The Coalition of Chaos Theresa Mayhem action figure is a homebrew, low run resin art toy with a bootleg aesthetic which is designed to appeal to politically motivated art collectors and fans of kookie art toys. Initially, I will be releasing a very limited run of eight with the second run of ten on a slightly different card back, the line may then expand to include other notorious British political figures – Chaingun Art

WHERE: http://chaingunart.bigcartel.com/ where the line will be launching on Saturday 20th August 2017.

PRICE: £40.00 plus postage and I will be offering a deluxe package which contains a figure and the original production artwork for £450.00.

Deluxe package which contains a figure and the original production artwork for £450.00.