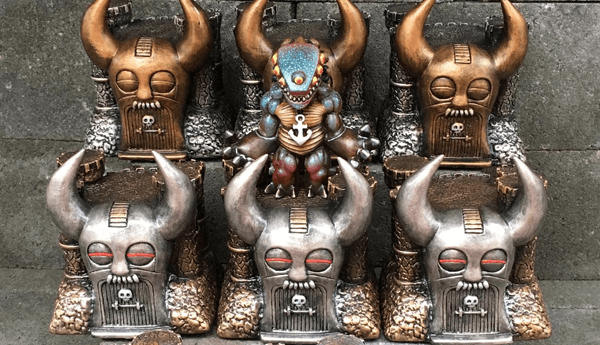 For nearly a thousand years The Lost City of Gold was considered to be nothing more than a myth. Explorers either returned home after finding no evidence of its existence or they never returned at all. In the early 1600s, one adventurer came back with a tale so incredible his own family thought he had gone insane. He claimed to have seen an ancient castle made of pure gold in the centre of an enormous lake. It was protected by a giant crab-like creature that used its massive gold and silver claws to destroy anyone unlucky enough to find The Golden Castle. His entire group perished at the hands of the creature after making a futile attempt to reach the castle by boat. He alone survived but spent the rest of his days haunted by nightmares and visions of those seven giant eyes and countless teeth rising from the surface of the water. 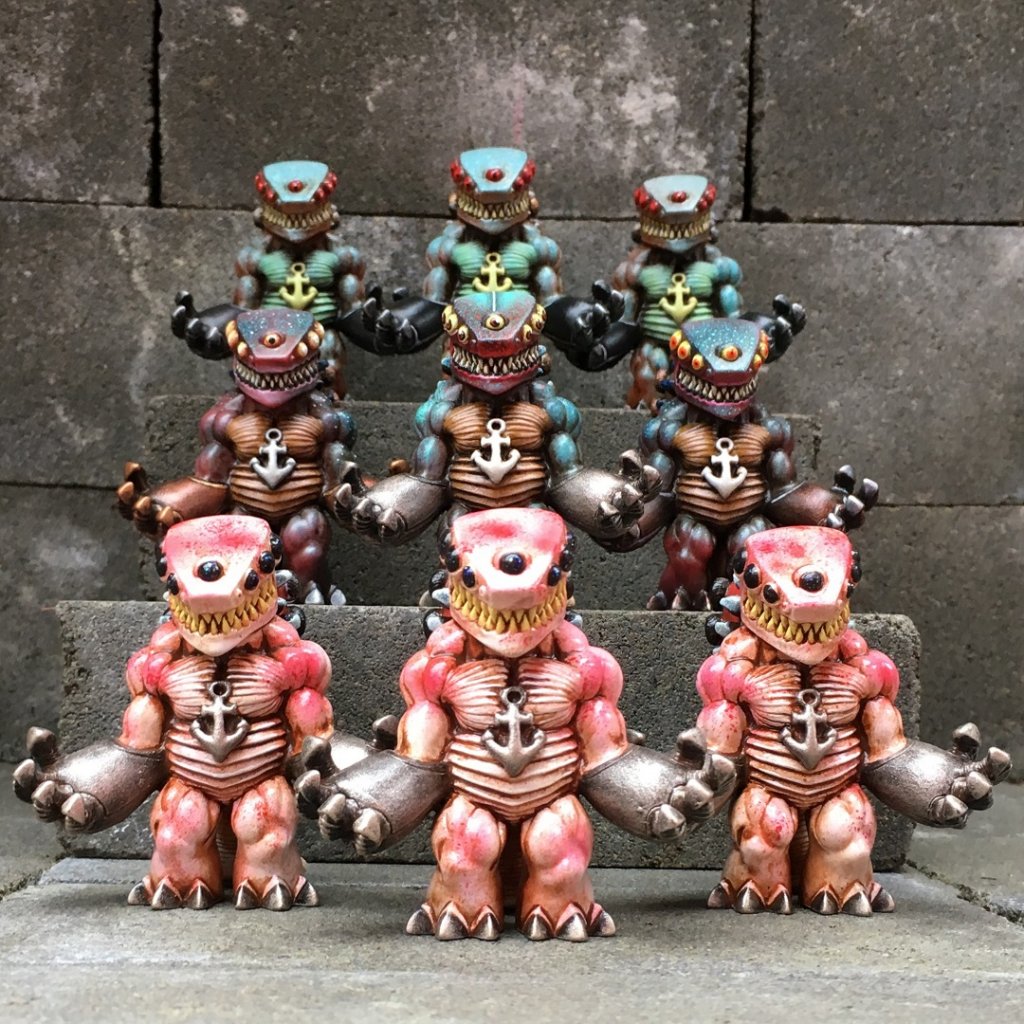 Now is your chance to grab a piece of the legend! The War Beasts (sculpted by Zectron and produced by Unbox) have been beautifully painted by Joe Whiteford. The Sofubi Nerd One castles have also been painted by Joe in several variations to look like ancient gold and silver. Limited to 9 sets that will be sold randomly and priced at $125 dollars each plus shipping they will not last long! Grab one from the Eric Nilla online shop HERE today at 8pm GMT (Noon PST) 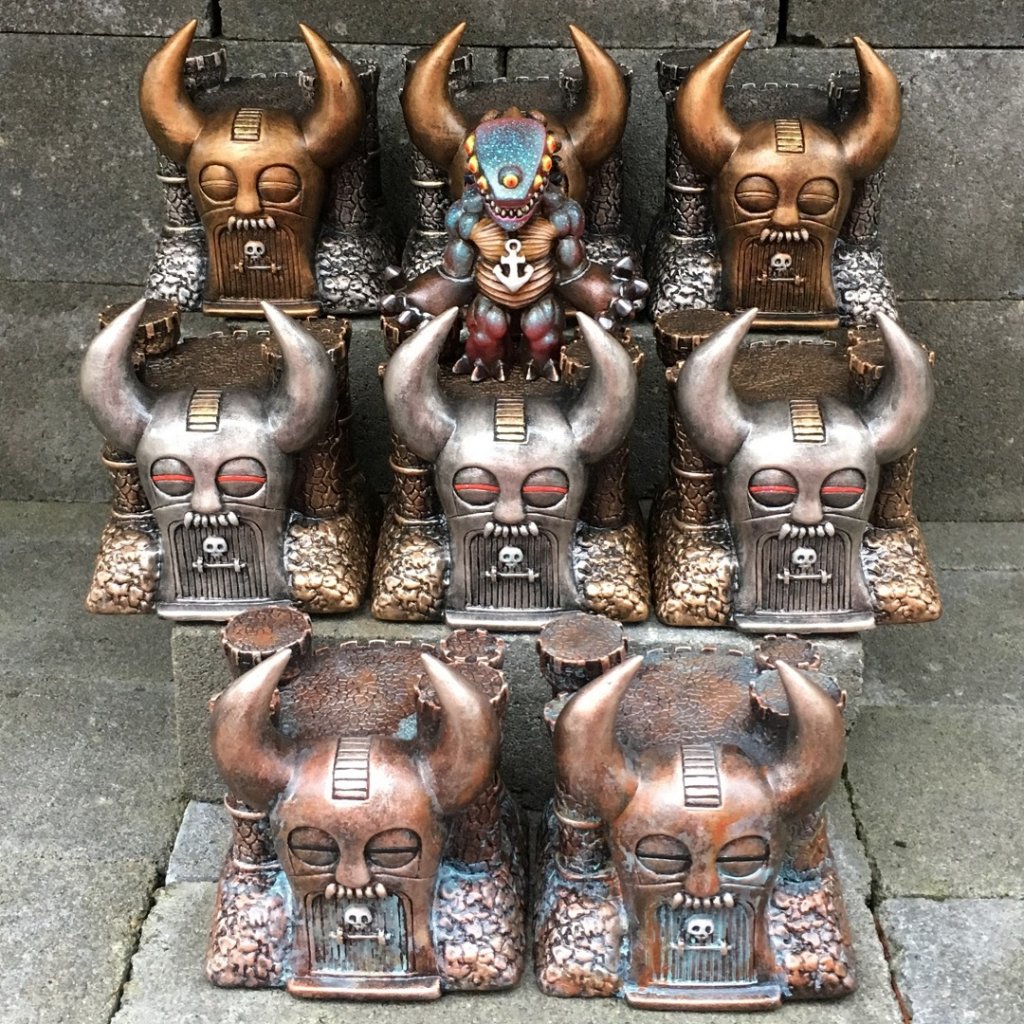