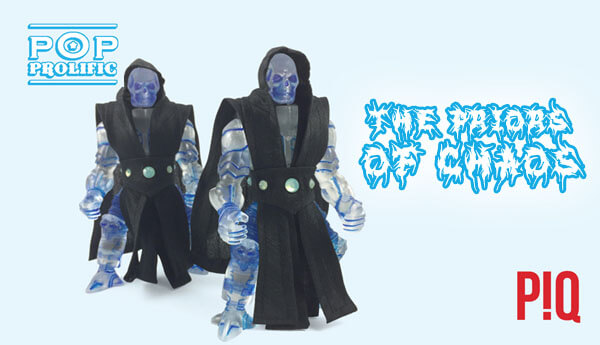 Justin Alan Volpe, creator of POPprolific and master of mash-ups, will release The Priors of Chaos at PIQ Grand Central Terminal Friday May 12; 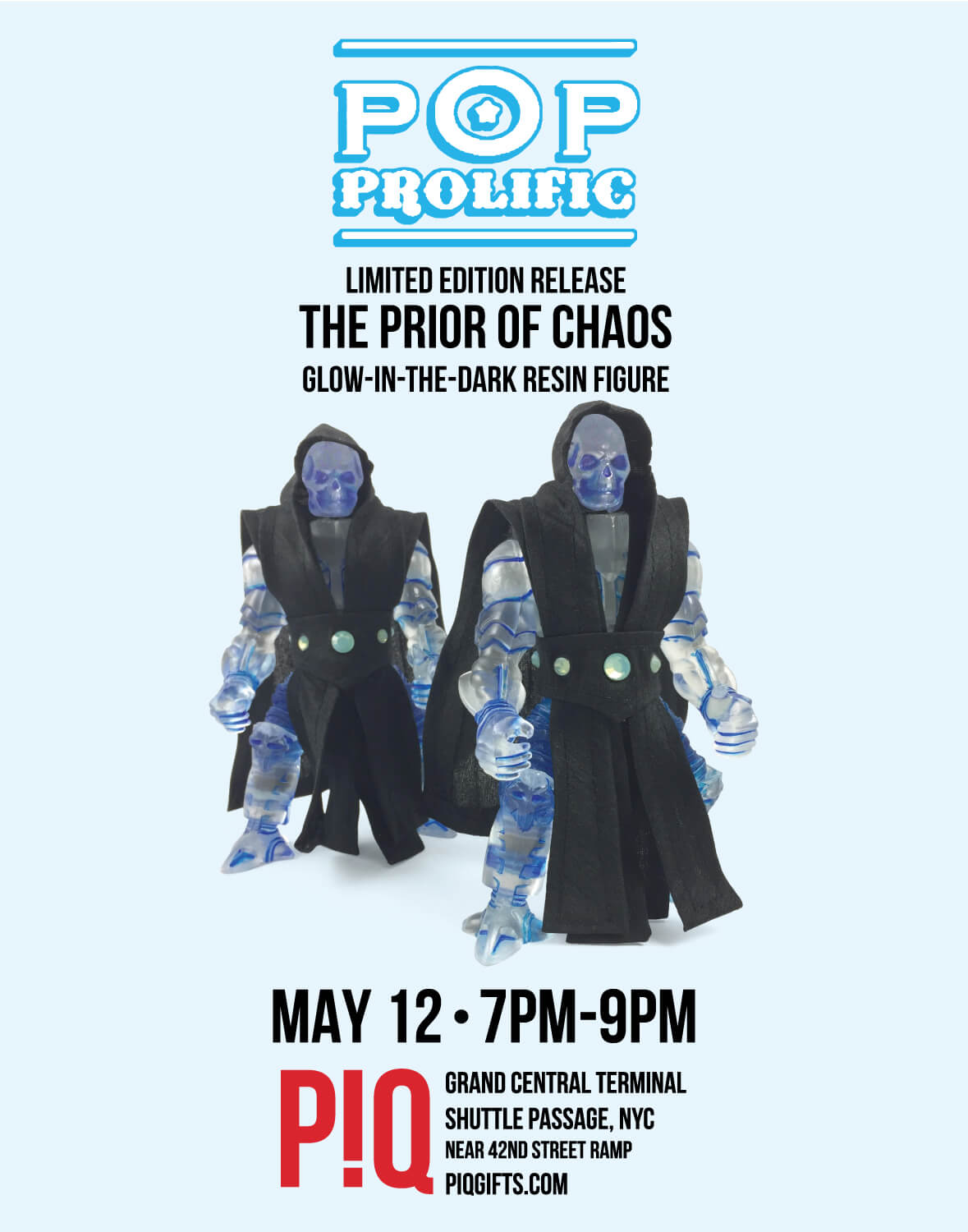 “Themes of chaos and destruction surrounds some of the best villains of 80s and 90s, and this is my tribute to that tradition.” -Justin Alan Volpe

“This 5.5” clear resin blue-glow figures are the result of a decade of sculpting, collecting, and casting. Using an over-sculpting technique Justin creates figures with recognizable elements that merge into new characters. The glow-in-the-dark Priors of Chaos figures have removable custom robes in three pieces with Swarovski crystals.”

Justin will be signing and sculpting live on May 12 from 7:00-9:00 PM at PIQ Grand Central Terminal.

“As an illustrator, sculptor, and designer, Justin makes toys that bring together fine art, comics, and childhood obsessions. Formally trained in fine art and narrative illustration, he uses techniques from casting, to patternmaking, to needle felt in creating figures that are detailed and dynamic. His work has been shown globally but is always most proud to show in NYC.”

“PIQ (pronounced “pick”) toy and gift stores reflect the city that inspires them. Like New York, PIQ is unexpected, international, and a ready for a good time. With playful designs, witty books, irreverent novelties, designer toys, and global treasures, everyone will find the gifts to make someone smile. PIQ is a division of the Sarut Group, with retail locations at Grand Central Terminal and Rockefeller Center in New York, and PIQgifts.com. At PIQ function follows fun.”

*pics and info via thesarutgroup.com