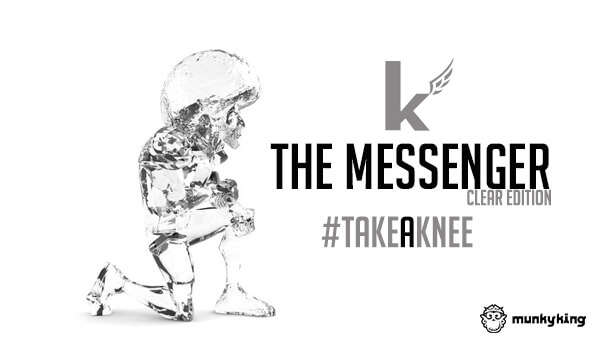 Like we said before, Last year of the story of NFL star Colin Kaepernick taking a stand (or a knee, literally) during the US national anthem, played before each American Football game. Kaepernick has taken his high profile status and created a powerful movement, something that hasn’t been seen for some time. Protesting against the oppression of people of colour and ongoing issues with police brutality. It’s a historic stance. Iconic. It has divided America. Munky King Unveiled The Messenger at DesignerCon 2017 the new art piece in tribute to Colin and his stance to bring serious social issues to light and try to evoke change. Although, sadly this art piece is also a tribute to the nephew of Munky King’s president, Patrick Lam. Read on for more details. 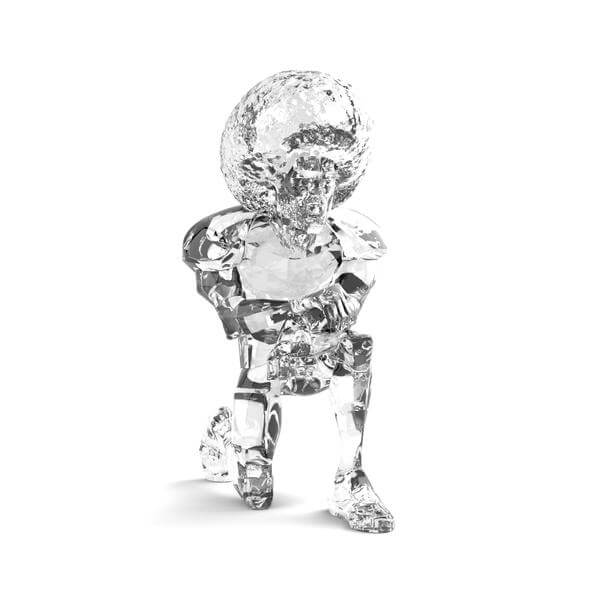 Patrick released a statement via his Instagram HERE last year, we’ve captured the statement below. You’ll read and you’ll understand the magnitude of this release.

Like a raised fist or a burning monk, Kap’s symbolic gesture call

s attention to an issue of basic civil rights. It’s not about the Flag or the National Anthem. Which is why we’re calling this piece… The Messenger. 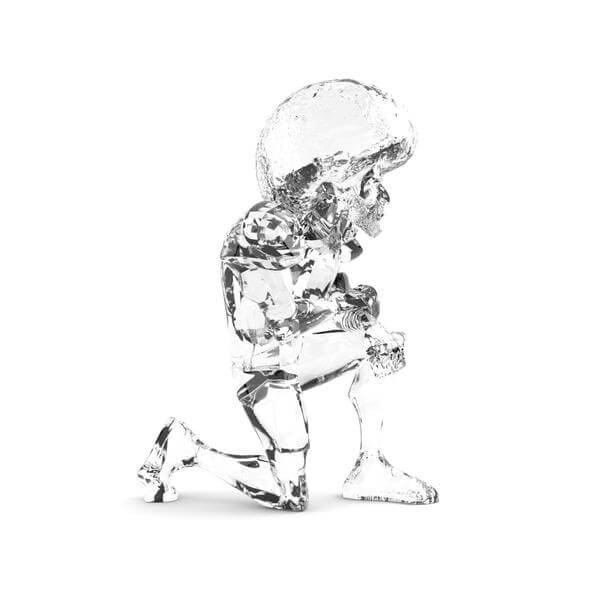 Today we see the release date for The Messenger! A fitting time to get your hands on one. The release date is all set to coincide with Super Bowl LII (Minneapolis) February 4th, 2018.

Football players often take a knee when someone suffers a severe injury on the field. An enduring expression of empathy amidst the combative intensity of the game.

Colin Kaepernick took a knee during the National Anthem in solidarity with African American victims of police brutality. His call for empathy was met with angry vitriol from a polarized society. His message co-opted by powerful interests to serve their own agendas.

But his call for social justice endures through the iconic image of taking a knee – a solemn testament to the injury of those denied the equal humanity which lies at the core of America’s ideals. – Munky King Toys 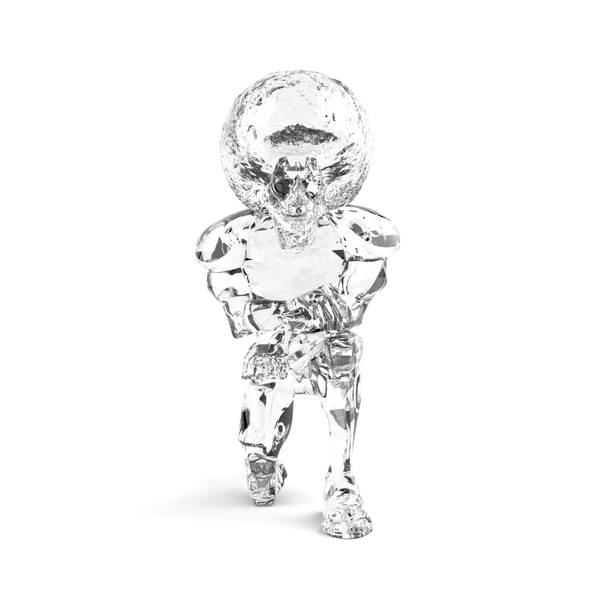 Cast as a single piece of crystal clear resin for a flawless finish.