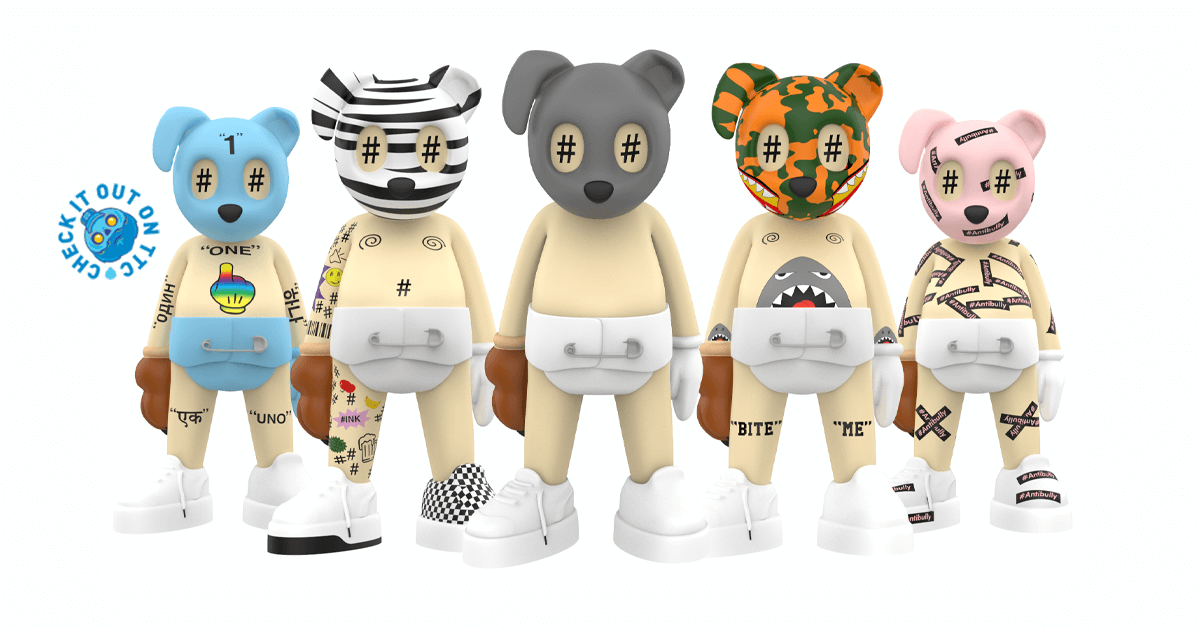 Designer Toys with a purpose! Not just for sitting/standing pretty in your collections. The Final Bosses have been working on a Kickstarter Campaign that reached its £28k goal this weekend, and with 8 days remaining, they are are looking to you guys to extend their funding.

The goal and vision, for Final Bosses, is to create characters that raise AWARENESS on the PROBLEMS that are usually overlooked around the world.

The Kickstarter campaign is to fund their episodes, where toys will be released via Easter egg challenges within the episode. The Kickstarter has a number of options to get the toys. They have these 7inch soft vinyl toys available in ‘eureka’ boxes which seems to be a blind box that contains one of the figures. These start at around $65, but there are multiple levels of pledges that include single figures along with bundles including their other figures.

There are other 12inch figures of their characters, Paito and Lusus too. These look to start at $75. Each 12inch figure is limited to 699 pieces.

About The Final Bosses

In this world, some people have it tougher than others. Our goal and vision is to create characters that raise AWARENESS on the PROBLEMS that are usually overlooked around the world. The people at TheFinalBosses plan to bring these characters to life and into Limited Edition collectibles.

Our artists share the passion of designing exclusive one-of-a-kind art pieces that tell a story and SPREAD MEANINGFUL messages to the public. Follow our story as we uncover these problems on an episode-by-episode basis. Episode 1: Anti-Bully.

PS: Why we named ourselves “The Final Bosses”? Because overcoming these problems is similar to battling the final bosses of a game. It is usually not easy and takes a lot of time.