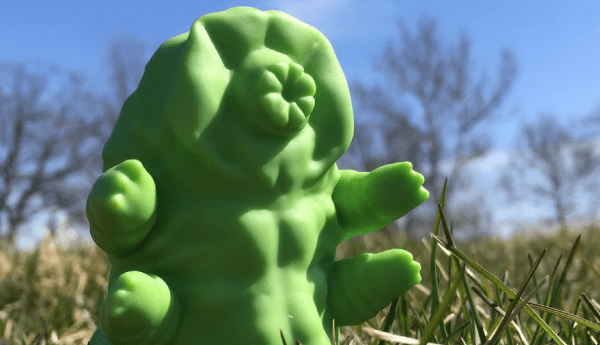 A new & interesting way of designing your first soft vinyl Designer Toy – via Virtual Reality! That’s exactly what DoomCo have done. They’ve just dropped their new soft vinyl figure – Tarbus the Tardigrade on their webstore. Tarbus was digitally sculpted in the virtual reality program Oculus Medium by the artists of DoomCo Designs before being 3D printed and perfected. The final production in vinyl was completed in collaboration with Squibbles Ink! 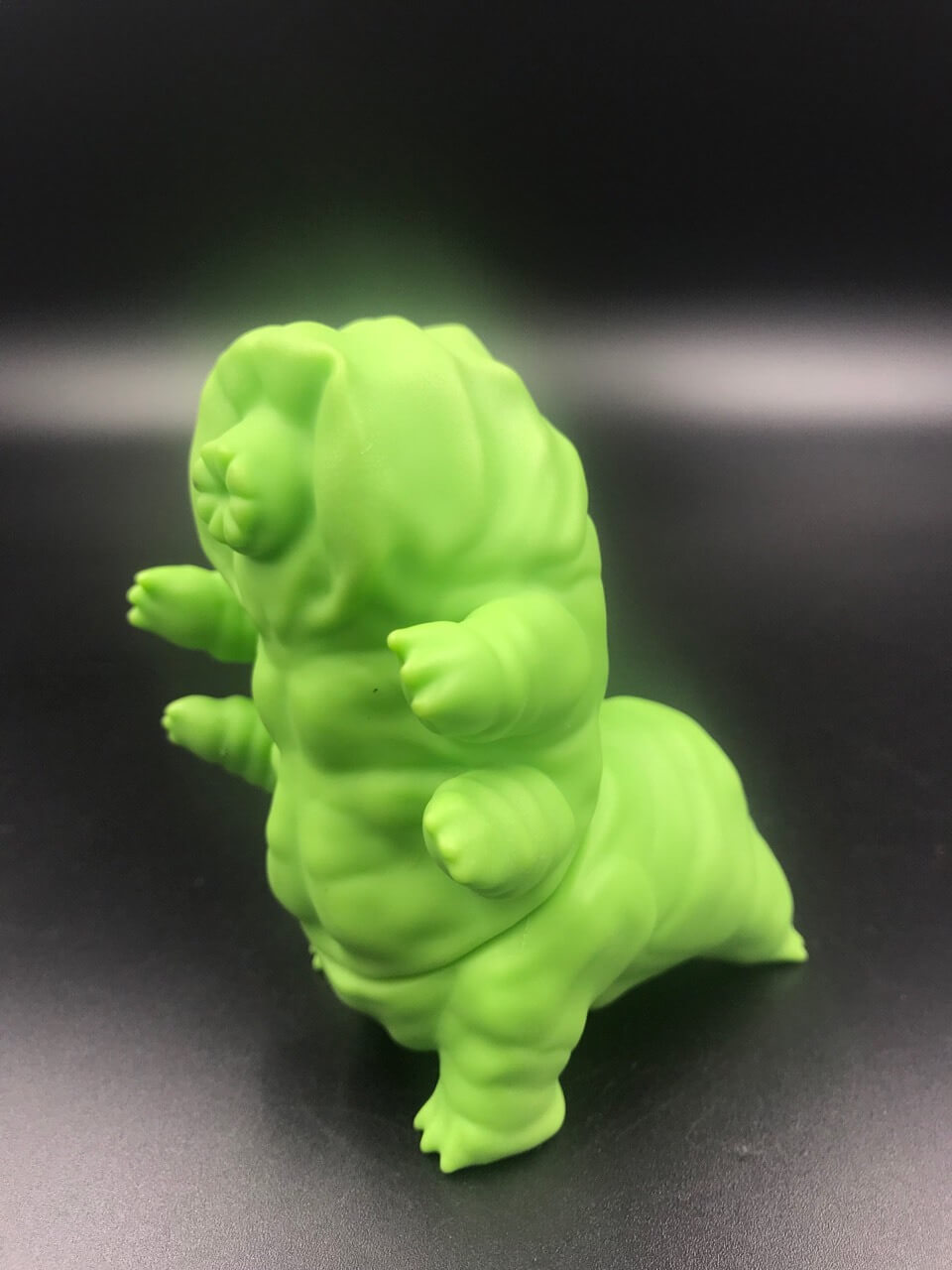 Tarbus the Tardigrade stands 3.25inch tall and is made of durable soft vinyl. Available for $18 (£13) in multiple colourways from the DoomCo store HERE. Teaming up with Squibbles Ink for your first vinyl toys is a great move to make, having worked with some of the best names in the Designer Toy business – Chris Ryniak, Frank Kozik & 64colors to name buy a few. 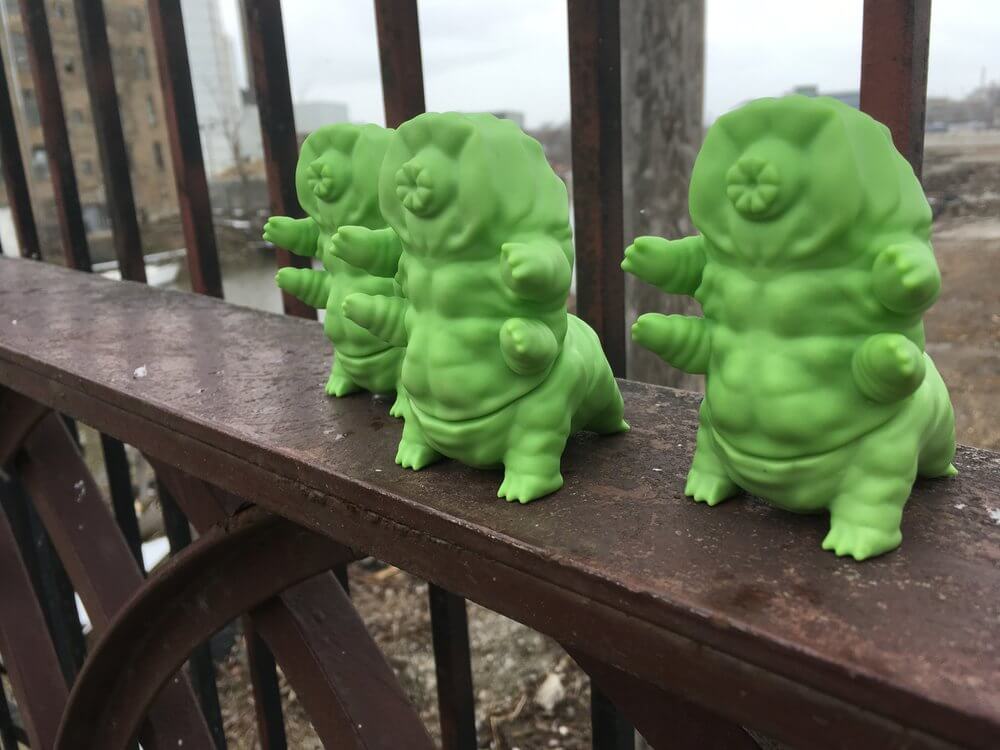 Tardigrades (aka Water Bears) are microscopic creatures, remarkable for their incredible resistance to elements that would kill other species; it is, for this reason, they are thought to be capable of surviving the apocalypse! 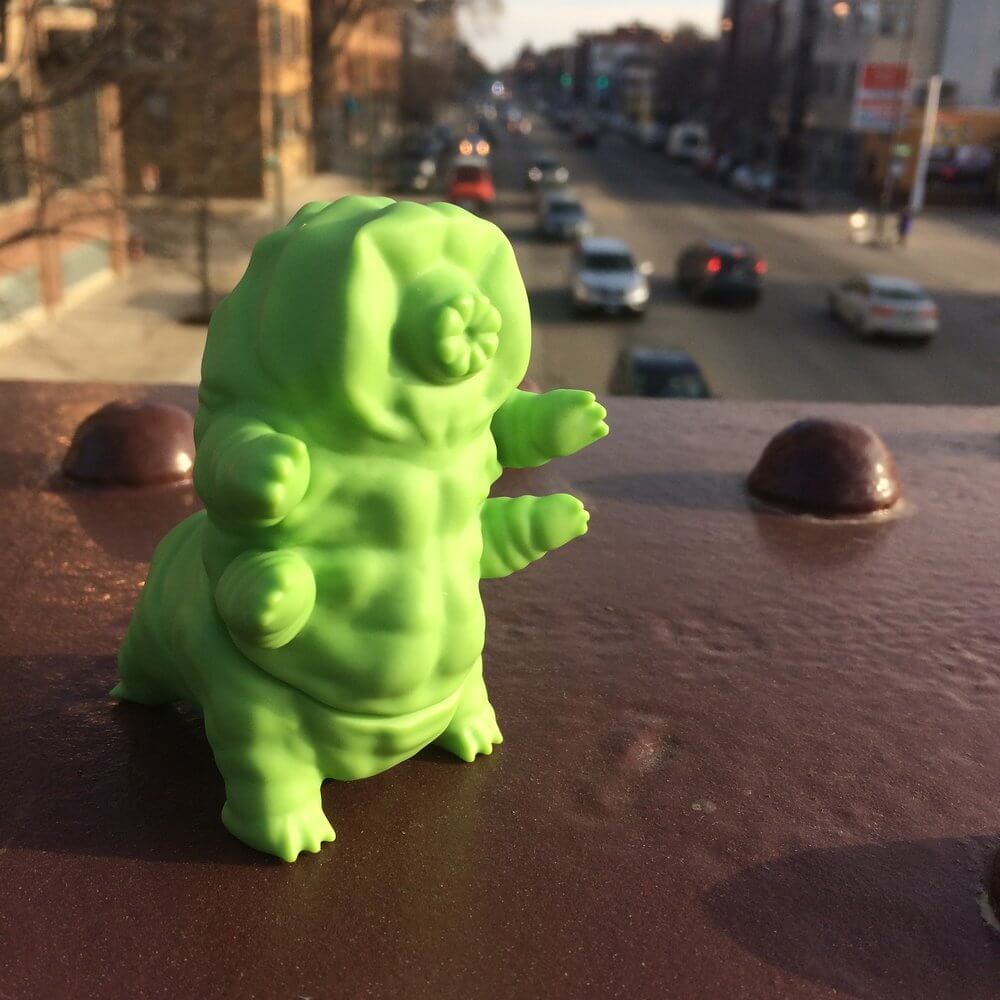 Not only is Tarbus the first toy to be created through the means of virtual reality, but it is the first product of any kind created in a virtual reality space to be mass-manufactured in the physical commercial world. Nice achievement unlocked!  “People have been talking for years about the potential of integrating VR into larger aspects of life,” says Kent Fremon, DoomCo co-founder and head designer. “The future is here, and its name is Tarbus the Tardigrade!” 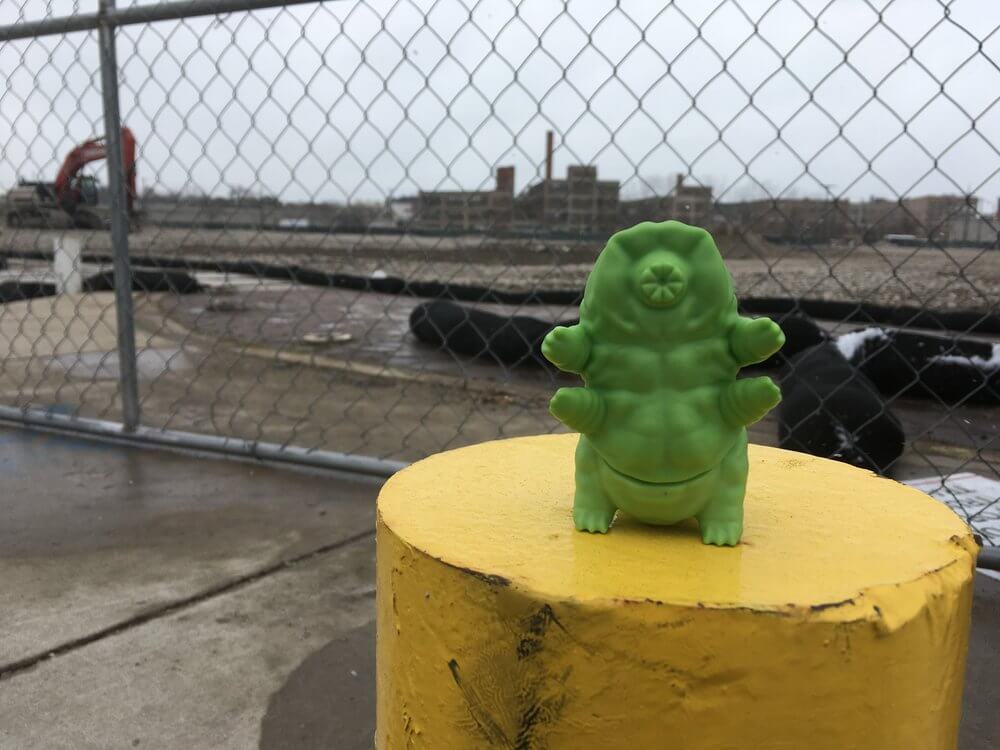