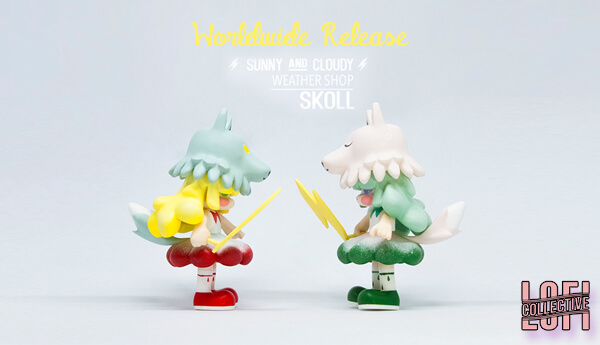 Last week Towooz collectives Lo-Fi AKA Eun Byeol Choi debuted a new designer toy “Sunny and Cloudy weather shop” series Christmas edition SKOLL. Today it was announced they are now available Online at Korea’s Fifty Fifty Store and via email. Just in time for the festive season. Last month the first online release of “Sunny and Cloudy Weather Shop” sold out quick time which was no surprise. Eun Byeol Choi all new colourways of her SKOLL’s which will be a sign of relief for collectors who missed out of the first two colourways which you can check out HERE. 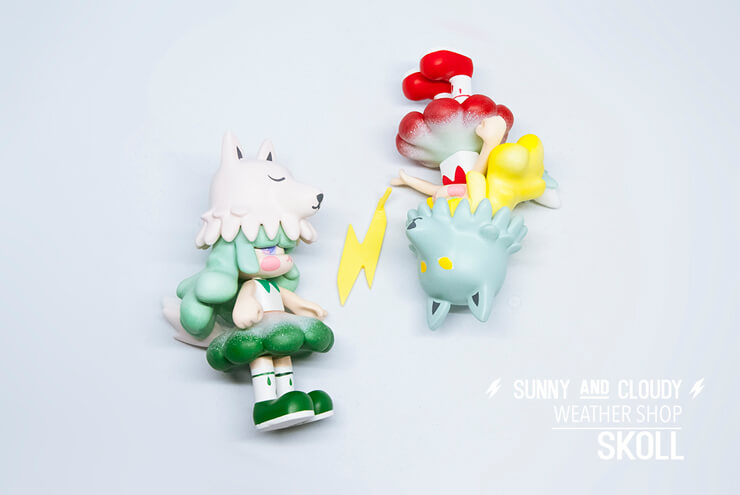 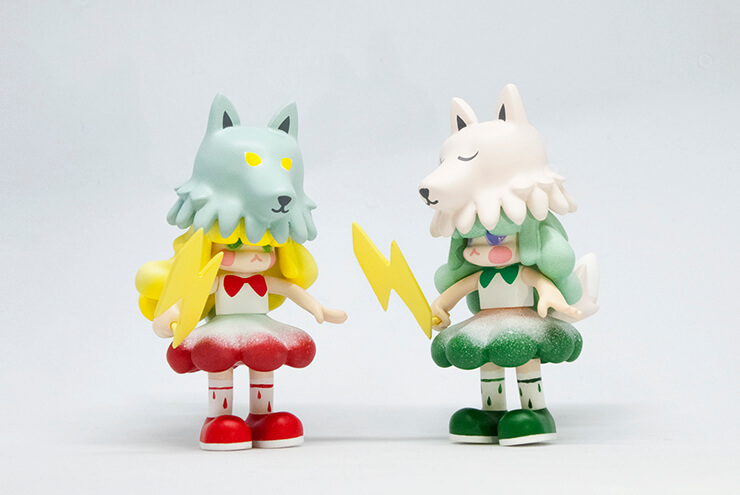 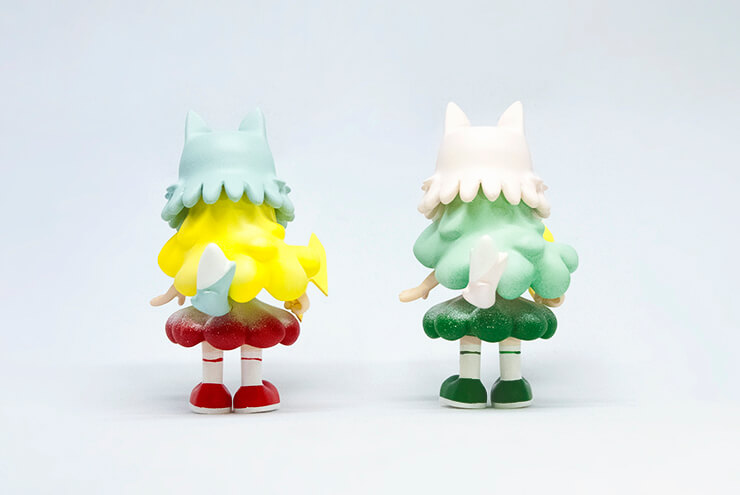 Skoll Christmas version has a festive colour scheme but we don’t think it only for Christmas as the pastel colours work so well that we would display them all year round. 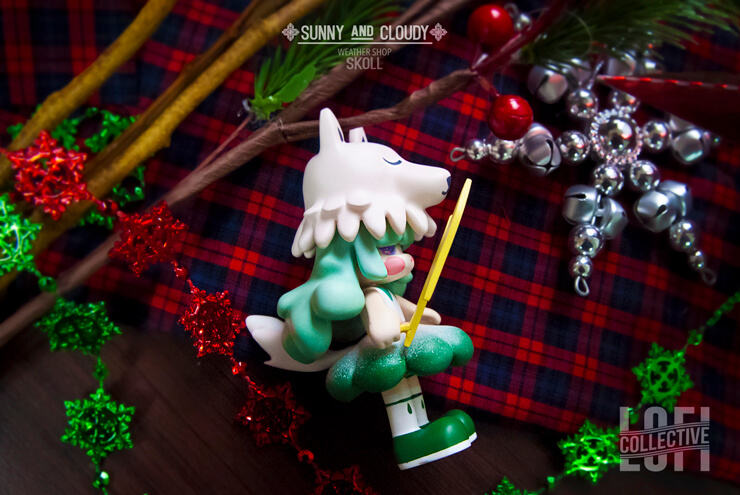 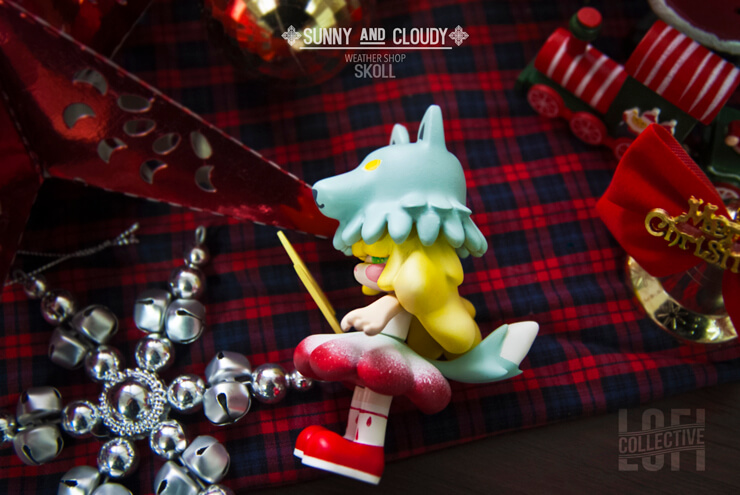 The first character of the series, Skoll, is a wolf girl who chases the sun and causes lightning.

The cloud-shaped head and costume were designed to show the state of the clear or cloudy sky through different colours.

The way Skoll feels can affect the weather.
If the wolf above the head wakes up, the sun disappears and the clothing and hair representing the sky turn dark. Lightning strikes and rain may also ensue.
Conversely, when the wolf is asleep, a cloudless sunny sky will be created.

Need a closer look of SKOLL? check out our Facebook LIVE TTF 2016 video stream which you can check HERE they look damn good.

Pssssss, a bird told us Lo-Fi might be releasing a 5? Vinyl VERSION! Don’t tell everyone 🙂 Stay tuned for further info.