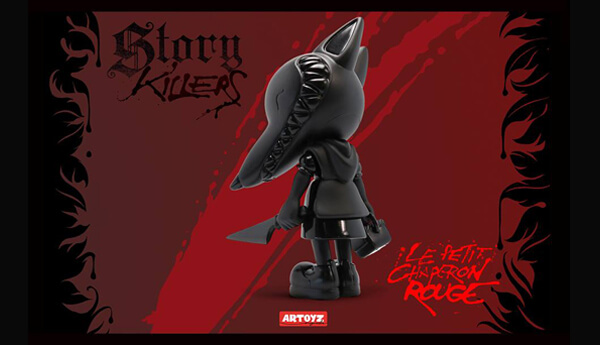 They say, once you go black you never go back. This might be the case when Stéphane Levallois & Artoyz released the new Dark Night Edition of Story Killers: Le Petit Chaperon Rouge. All matt black and gloss combined for this release which still brings our the best of Stéphane Levallois silhouette.

The first Story Killers is Le Petit Chaperon Rouge (the Little Red Riding Hood) and she has killed the wolf by cutting its head and she wears it as a trophy on her head! 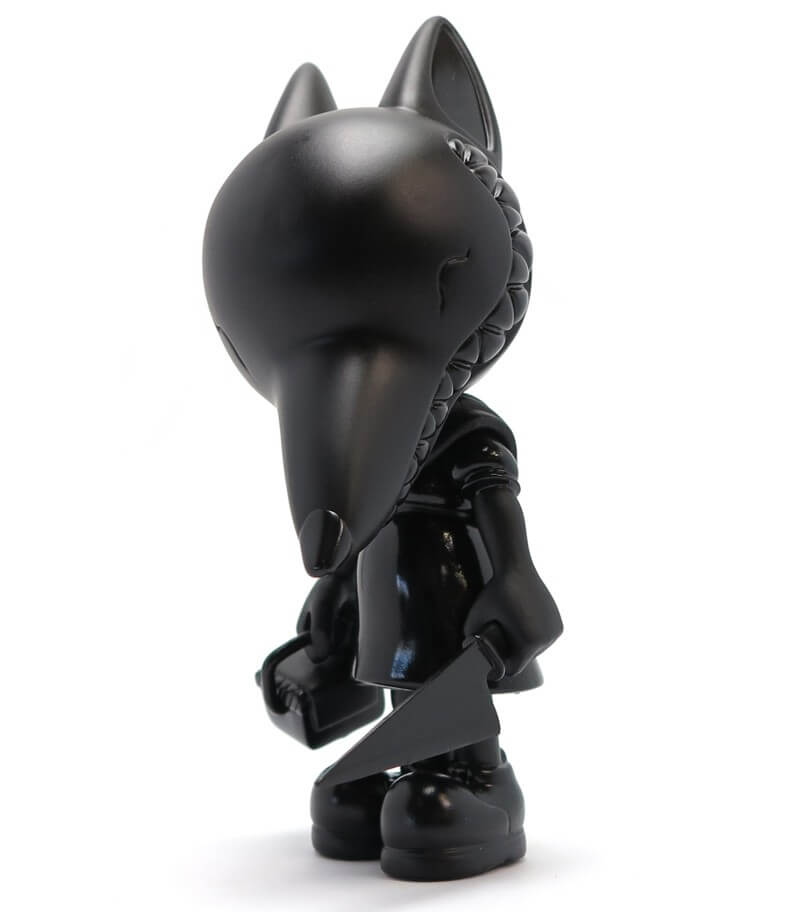 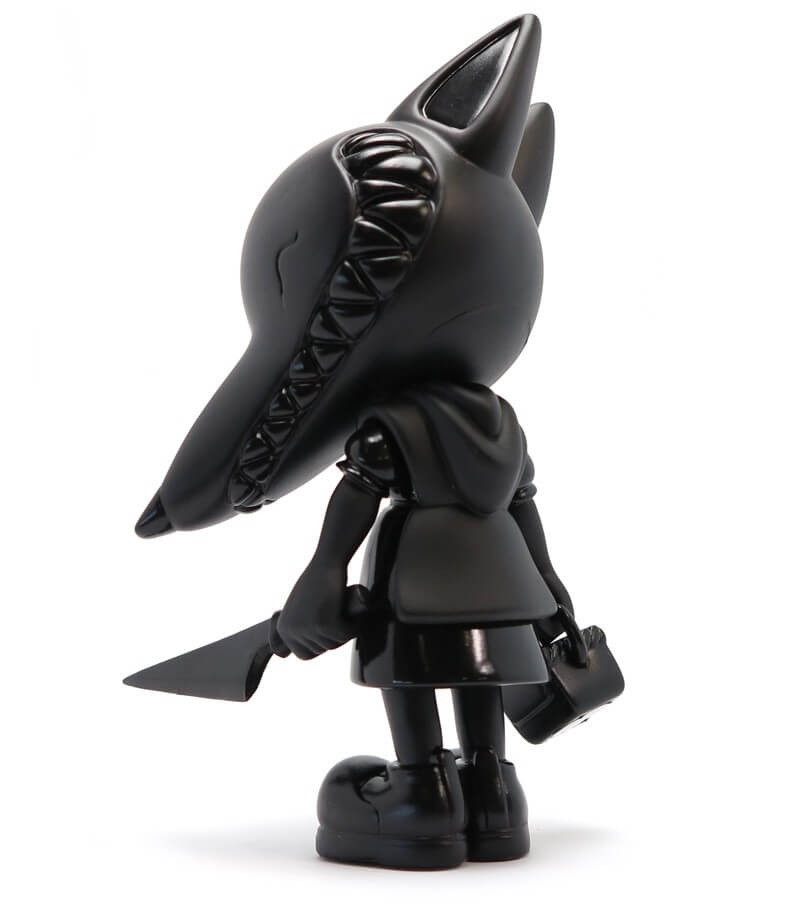 Story Killers is a new collection we’re starting with French artist Stephane Levallois. Maybe you already know Stephane as we developed with him the Toxic Candies series. The collection is all about the Girl Power. Stephane Levallois retakes the female heroes of the childhood stories and he has imagined a twist in the scenario. The young girls are not hoping for the prince anymore, they get the job done by themselves to solve their problems… and sometimes it turns a bit violent.

Le Petit Chaperon Rouge was sculpted in France by Etienne Aillaud aka Bombyx from the Stephane Levallois’ drawings.

Here is the Dark Night version of Le Petit Chaperon Rouge mixing glossy black and matte black for a classy combo. The Original version is limited to 200 pieces. 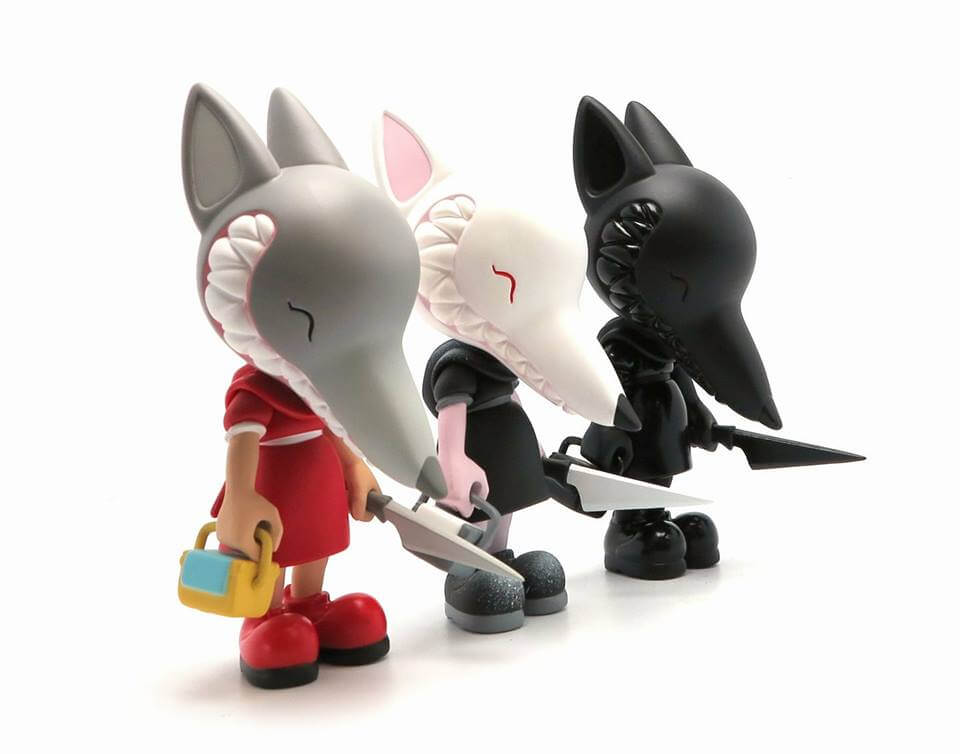 (all info and media lifted from Artoyz )