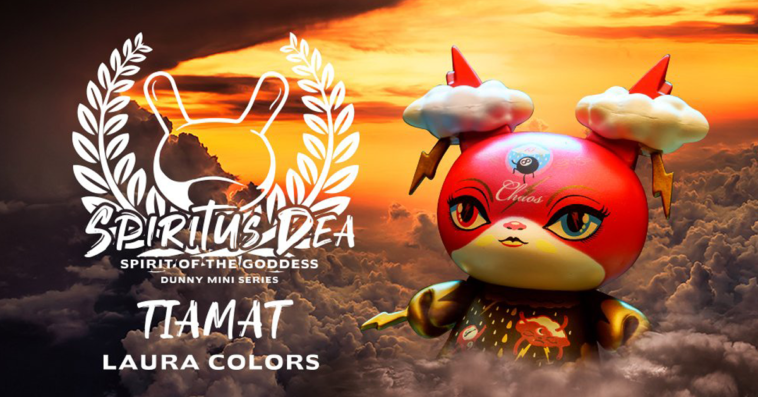 Yesterday we brought you news that Kidrobot are working with a great list of female artists for an upcoming 3inch Dunny mini series (read HERE). Two of the designs from the series were revealed over the weekend, with the third revealed today! Joining the cast of awesome artists is no stranger to the Dunny platform! Laura 64 Colors!

Tiamat (design by @LauraColors) is a Babylonian goddess and serves as the awe-inspiring embodiment of chaos itself. ⚡ Described as the mother of everything that exists, even the gods themselves, Tiamat is ultimately slayed in battle – split in half by an arrow, the halves of her body created the heavens and earth and her tears formed the Tigres and Euphrates Rivers. This Dunny emodies the stormy chaos of one of the most powerful and foundational beings.

Revealed so far are the designs by Lisa Toms (left) and MJ Hsu (right).

Spiritus Dea – “spirit of the goddess” in Latin – spans different cultures, times, and theologies, united by one common theme: the rebirth of justice. Whether worshipped for creation or destruction, protection or war, chaos or fate, or even life and death – the goddesses in Spiritus Dea maintain essential roles within the greater celestial world.

Spiritus Dea – Spirit of the Goddess Dunny Mini Series is launching on Friday 27th September from Kidrobot.com and other various Designer Toy stores too! As we have previously said, we are super excited to see what the ladies bring to this series. So far the designs have been stellar! 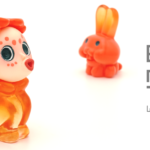 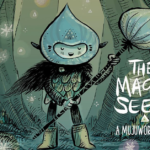