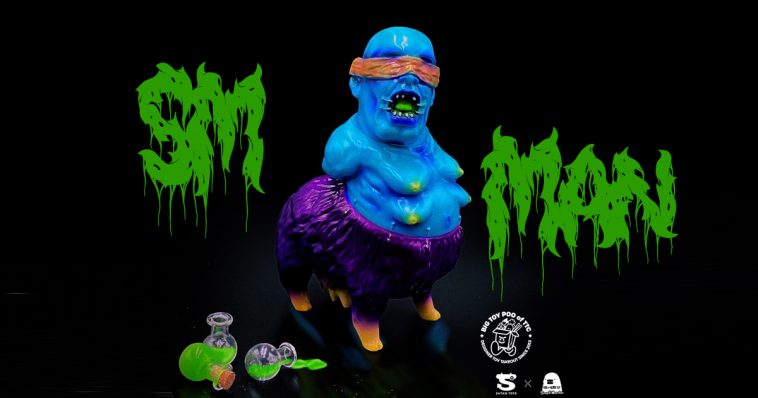 The festive season doesn’t have to be all cute, glitzy and bright especially if the folks at Satan Toys has anything to do with it, HA. Meet SM Man! now you can’t unsee SM Man he or we should say IT has put you under its spell! First seen at Luyao Design 路遙圓創 expo its ready to grace the outdoors even though it’s freezing! Bizzar as much as it is SM Man still has all his bits hanging out. Don’t be too tempted to pull on its nipples we don’t know what his reaction will be, Ha. Anyway here’s the back story:

牠聽薩德女王說飲用『魔汁』會讓你持續達到一週的性高潮
I heard Queen Sade says that drinking
the Magic Potion will make you have an orgasm for a week.

跑了兩天，SMMan到了吟水湖，再三確認周遭沒有可以讓牠分心的施虐怪物後，
牠小心翼翼並興奮的打開魔汁瓶，那種興奮感讓牠的下體持續的腫脹，牠像餓極的嬰兒對母乳的那種渴望；瘋狂的吸食
23120624 After running for two days, SMMan arrived at Squirt Lake and confirmed that
there were no any Sadistic Monsters around that would cause distraction.
SMMan feel excited and carefully opened the Magic Potion bottle.
This kind of excitement made its private part started to swell,
SMMan was thirsty for the potion like a starving baby craving for breastmilk.

SMMan sucked the Magic Potion for a whole day, not even the last drop was wasted.
Finally, the bottle was emptied.
It didn’t notice the change of skin color by drinking the Magic Potion.
All it could think about was the thirst for wanting more of that potion so it could enjoy orgasms over and over again.
23120701 果然如薩德女王說的，SMMan持續了一周的性高潮，性高潮的感覺也隨之慢慢退掉.

SMMan couldn’t accept the emptiness, it got upset. SMMan grabbed the bottle and fucked it with its dick.
The pleasure of banging the bottle made him reach a climax. Then the Magic Potion bottle was filled again… 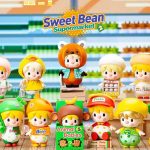 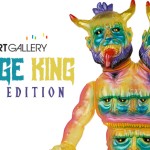