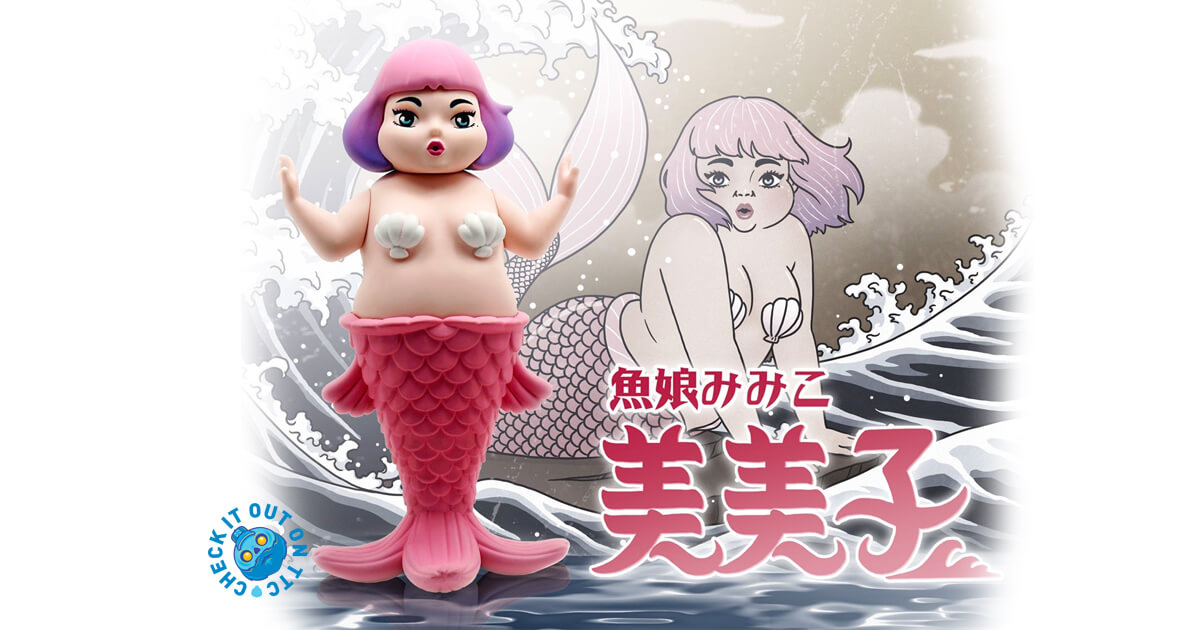 From illustrations to comic stips, artist comedian, H.H先生 links up with Satan Toys to see the much loved and adored Mimiko come to life in a different form! H.H先生 x Satan Toys goes into a vinyl designer toy. Already established a huge fan following fans can now have a chance to own Mimiko curiosity of Satan Toys. To us, Mimiko the Mermaid looks like it’s been interpreted very well from Satan Toys and fans of Mimiko should be happy with the outcome. Now Mimiko fans can take her everywhere they go.

Once upon a time in a fishing village, there was a girl named Mimiko. She was short and fat, but she was kind and enthusiastic. She had been dependent on his father who was not in good health since she was a child. The villagers liked her very much, but the children didn’t like her. They always bullied her and made fun of her appearance.

One day, Mimiko passed by the pier and saw one of the children who had bullied her fall into the sea. In a hurry, she found a driftwood and jumped into the sea. She pushed the driftwood to the child. In the meantime, a big wave hit and swept away Mimiko. While the kid was rescued, Mimiko disappeared.

When the villagers and Mimiko’s father came over and heard what had happened, they sat by the pier and were crying at the sea, hoping she would appear again. Out of sudden, a child pointed at the sea and shouted: It’s MIMIKO !!. At that moment, everyone looked at the sea. There’s a girl looking just like Mimiko, with colorful hair like coral, swimming fast with a pinkish fishtail. When she jumped out from the sea, under the sunset, across the horizon, she smiled and waved goodbye to everyone.

Since that day, the children in the village will never bully the children who are different from them, and there’s a good harvest every year. Rumor has it that when you’re down, just sit by the pier. Mimiko will listen to you and sing her heart out to soothe your wound.

Therefore, to thank Mimiko for what she has brought to the village, the villagers carved a statue and placed it on the pier, named Mermaid the Mimiko.

★ Ends as soon as the order is full

★ The final style details of this work are mainly official final delivery, subject to change without notice