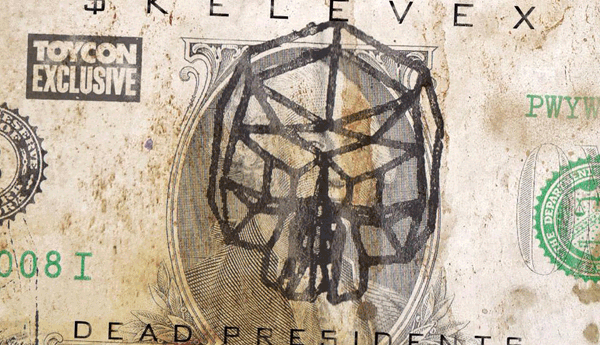 Earlier yesterday a discussion broke out over on DMS’ Facebook page regarding Pricing, and how artists hated this most about selling their custom work. We at The Toy Chronicle threw out the idea that artists maybe should follow the lead of Radiohead back in 2007 and offer their product to fans as a ‘Pay What You Want’.

Radiohead appeared to have a great success with their experiment. Selling 3,000,000 of their release. No official figures were ever released on monies made, but Thom Yorke had this to say in 2007 after the release of In Rainbows…

[pullquote]In terms of digital income, we’ve made more money out of this record than out of all the other Radiohead albums put together, forever — in terms of anything on the Net. And that’s nuts![/pullquote]

So is this format possible for artists in the Designer Toy community? Well, we are soon to find out. After a little bit of persuasion & discussion DMS, of Skelevex and Monsters & Mecha fame, decided that at ToyConUK 2015 you will be able to get your hands on the release named Dead Presidents for what ever price you want to pay.

This mini Skelevex series will be a very limited run, where you can rock up to the Monster & Mecha booth on Saturday April 25th and pay DMS what every you think the Skelevex is worth to you. Much like Radiohead, where you couldn’t hear their new album until you have purchased it, Skelevex will be offering the Dead Presidents as a blind bag series. So the risk will not only sit with DMS, but also the customer too. Also the run size won’t be disclosed until after TCUK has finished, so you’ll not know the rarity of the Skelevex. Dead Presidents will never see the light of day again, so you could be getting your hands on a nice piece of history.

[pullquote]Yeah, it’s a really interesting idea and not something I’ve seen yet in the toy scene. I’m hyped about this pay what you can stuff, something a bit different is always good.[/pullquote]

The Toy Chronicle think this is a great experiment to try. Yes, it takes some risk but risk is sometimes needed to be a success. We think this enterprise could have a positive knock-on effect for the scene. We see so many artists really struggling with their price points. Often artists look at the more established artists pricing plans and think they should match what these going ‘premium’ rates are, without often taking in to consideration the quality of the work, the time & effort it has taken the established artist to rise to the top and draw the interest to charge the premium prices. With a PWYW plan, you will soon find out what your fans are really willing to pay for your work. How much they think it is worth to them.

What do you guys think of this experiment? A potential success or a guaranteed failure? We would certainly be interested in your thoughts!