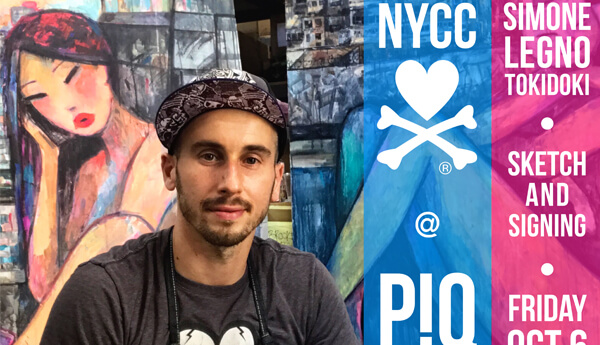 TOKIDOKI fans be prepared! Actually, NEW YORK be prepared! P!Q store sent out a press release and you guys get your selfie sticks and all your Tokidoki merch as the one and only SIMONE LEGNO of TOKIDOKI will be at New York Comic Con 2017.

PIQ is proud to announce that Simone Legno, the creative mind behind Donatella, the Moofia, Unicorno, and all of your favorites, will be with us at NY Comic Con. On Friday October 6 from 1:00 to 3:00 the Tokidoki visionary will be in the PIQ booth #745 signing and making custom drawings. What is better than a master designer creating live?

Starting at 10:00 am one hundred wrist bands will be handed out for the signing in the afternoon. Make sure to get to booth #745 early to assure you get a wrist band. 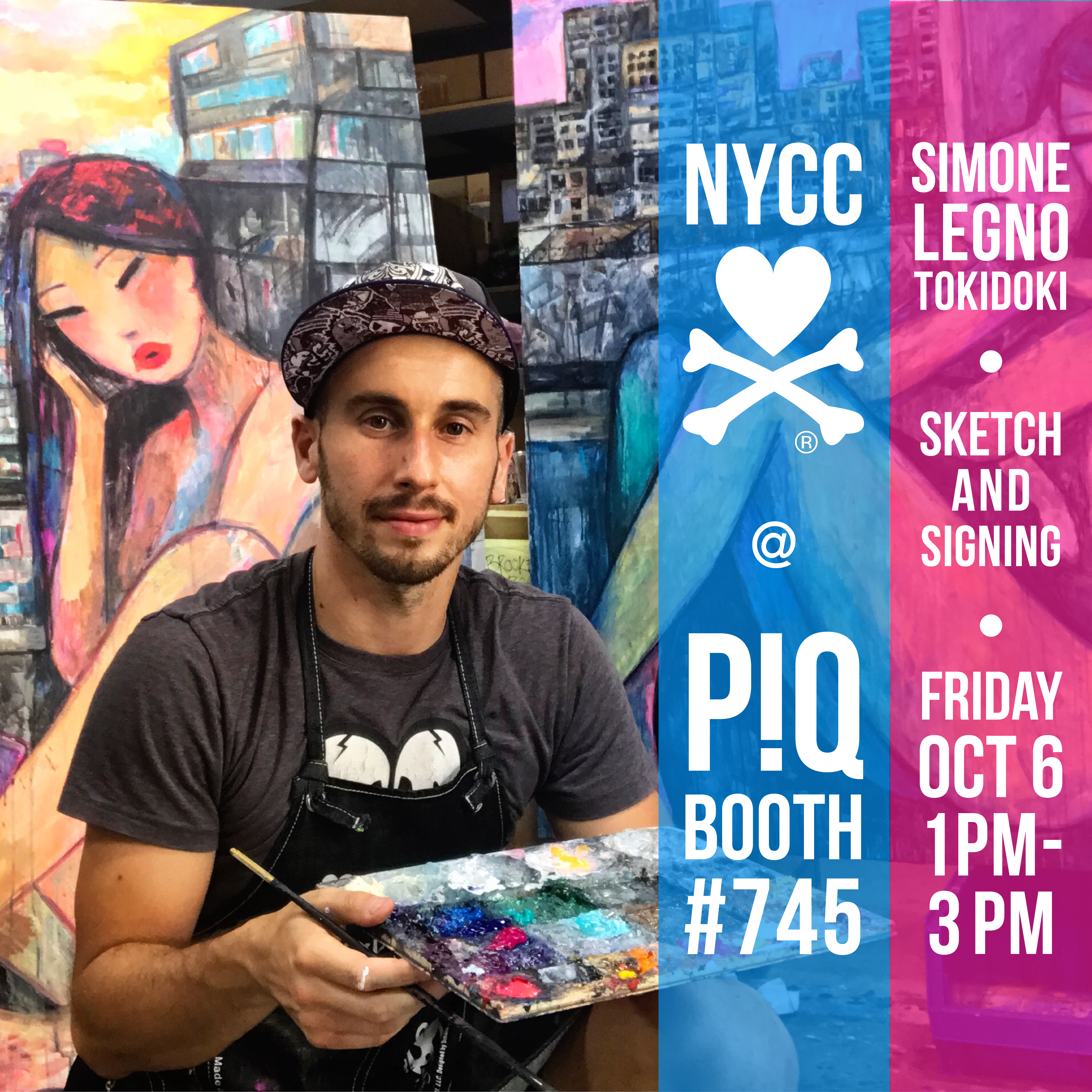 PIQ’s booth #745 is the place to be for designers, artist and kawaii. Simone Legno of Tokidoki, Jordan Elise and Chris of Horrible Adorables, and Michael Banks of Sugar Fueled will all be signing. Peter Kato and Josh Kimberg will be launching a new Bedtime Bunnies collab. Rilakkuma will appear hourly for photos, and NYCC marks the early release of the  PIQ exclusive Rainbow Soft Serve Sally from Yummy World by Kid Robot. Plus, a custom Labbit show featuring The Bots, Eimi Takano, Sad Salesman, Zard, Miss Kika, Selina Briggs, and more.