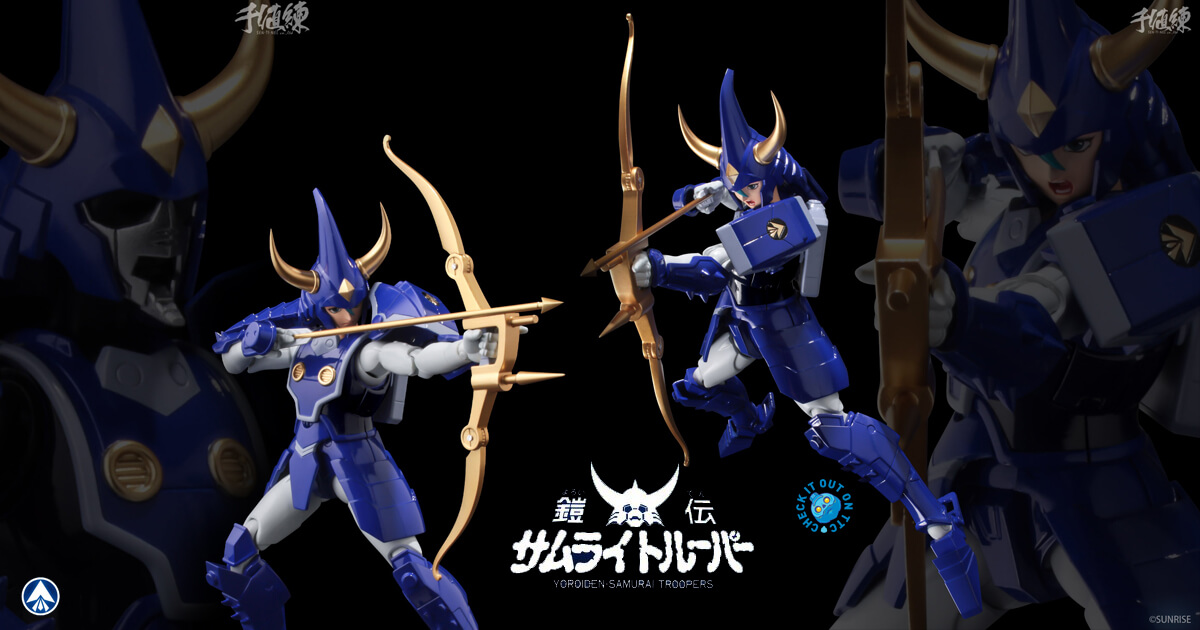 1/6 scale fans rejoice as Sentinel are hitting 2021 with bangers already! Sentinel is proud to present Rowen of the Strata (Tenku no Touma), their third figure in the Chou-Dan-Kadou Yoroi Den Ronin Warriors line. A boy genius with an IQ of 250 – Armor Warrior Rowen Hashiba is a descendant of the Hashiba family who follows the tradition of the Taiko Kampaku Clan!

The figure comes with a gorgeous set of anime-accurate Under-Gear
and Yoroi-Gear (armour). This highly articulated figure of Rowen can
assume a wide variety of fighting poses.

Additionally, his Armor-Gear can be displayed alone using the pedestal frame as seen in the anime! A “Shogi” stool is also included in the package to let Rowen
relax alongside his Yoroi-Gear. Using the hand variations provided, Rowen’s Shoha bow can be deployed in various attack modes. Using the special bow-hand included allows Rowen to reproduce his special “SHINKUHA” move concentrating the energy of the sky and knocking down enemies with the power of the planet’s atmosphere! The Shoha bow can also be folded and attached to the back of “Strata” Yoroi-Gear.

As with the previous figures in the Ronin Warriors line, the figure comes with 3 kinds of facial expressions and includes an armoured mask. The impressive workmanship done by Yuta Fuke in reproducing Rowen’s signature hairstyle and facial expressions will blow you away.

The “Strata” Yoroi-Gear Armor has been designed with superior
molding for an improved anime-accurate presentation of this Ronin
Warrior in both Under-Gear state and Armored modes. The Yoroi-Gear armour is predominantly realized in ABS Plastic with a glossy finish delivering a sharp and solid feel to this warrior figure.

Don’t miss the opportunity to add Rowen of the Strata to your Ronin Warriors collection!