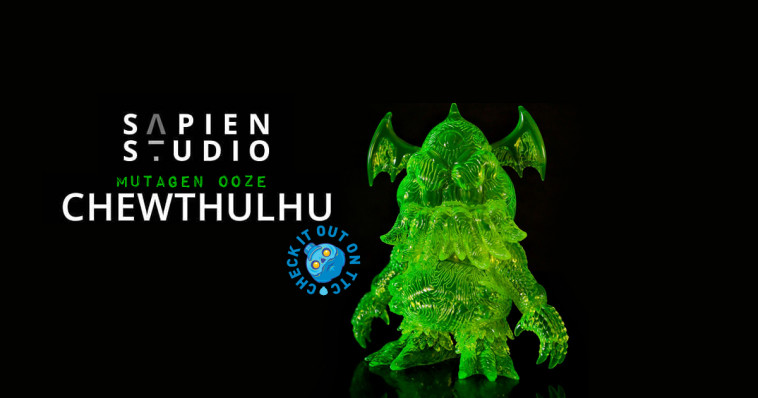 What’s happening at the Sapien Toy Studio labs? Radioactive fusion? Parallel Universe has aligned and Singapore based Eric Chew the man behind the lens as well as Sapien Toy Studio! Back in 2019, Eric cooked up his first 3D drawing to reveal the first mockup of Chewthulhu, his take on the mighty Cthulhu. making adjustments throughout the years it seems like Chewthulhu is ready to take on the crowds and set to make its debut. Out of the technical issues Eric faced during the birth of Chewthulhu, Eric has chosen Japanese Grade Vinyl as the material for the pour and pull method. Chewthulhu has a total of 11 parts and he might look small, but he is actually 8 inches tall (about 20cm). We are impressed with the number of detail that’s come out from the soft vinyl which is very rare to see. Inch by inch covered including the butt cheeks with detail it’s crazy. Now meet the Mutagen Ooze edition exclusively for WR Bunker! Meet Chewthulhu – Mutagen Ooze’.

In a Parallel Universe;

On a rather disturbed and polluted Earth,

As far as you can see, on the land and out to sea,

Something bad is looming but no one can notice it.

He releases the Mutagen X into the sea via the wastage pipeline.

As the Mutagen X oozes into the sea, marine life nearby starts getting bigger and bigger but all ended up exploding into tiny bits. It was a failed experiment.

It didn’t stop, the mutagen continues to spread along the wave going into the ocean sparing not one marine life.

Sea creatures are escaping away from the mutagen X.

A portal opens up at this point of time, It was ‘Chewthulhu’.

He had an appointment with his friend here, Charybdis.

He notices what happens and decided to suck up Mutagen X with his big tummy mouth, purifying it and releasing the clean water via his butt.

Yup, he shits out clean water.

It was only upon completing that he realizes that he turned green! invisibility clear body with green highlights. A pretty useless power I must say.

Meanwhile, Charybdis appeared in the lab of the mad scientist. Charybdis encourages him not to give up solving food shortage issues but, he cannot forgive him for harming the marine life, his home and proceeds to tear him in half.

SapienToyStudio will not have any for sales.

WHERE: Chewthulhu – Mutagen Ooze is available exclusively only to WR Bunker only at https://covetrove.com/

The sales method will be first come first serve. Do stay tuned and check out their social media for more information. www.instagram.com/wr.bunker/

The cost of each piece will be $200USD. Shipping included.

Eric also has the passion for some toy photography and you can check his works via Instagram.com/eric_chewthulhu/ 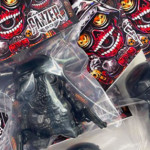 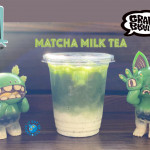