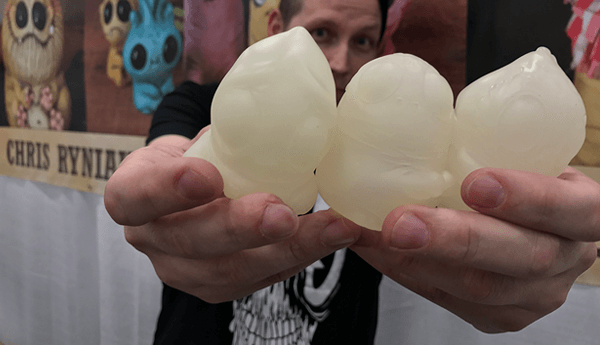 Sometimes being the DTA Best Blog winner has its benefits, when discussing new projects with Joe at Squibbles Ink this past weekend at Five Points and telling him our love of all things GID, Joe reaches behind his booth and pulls out a bag. “You’ll want to see these then…” inside were three beautiful pieces of GID vinyl. On closer inspection, they’re the Chris Ryniak Figgle Bits! First seen in vinyl form in-and-around early 2015, well now we’re going to see them in GID too! 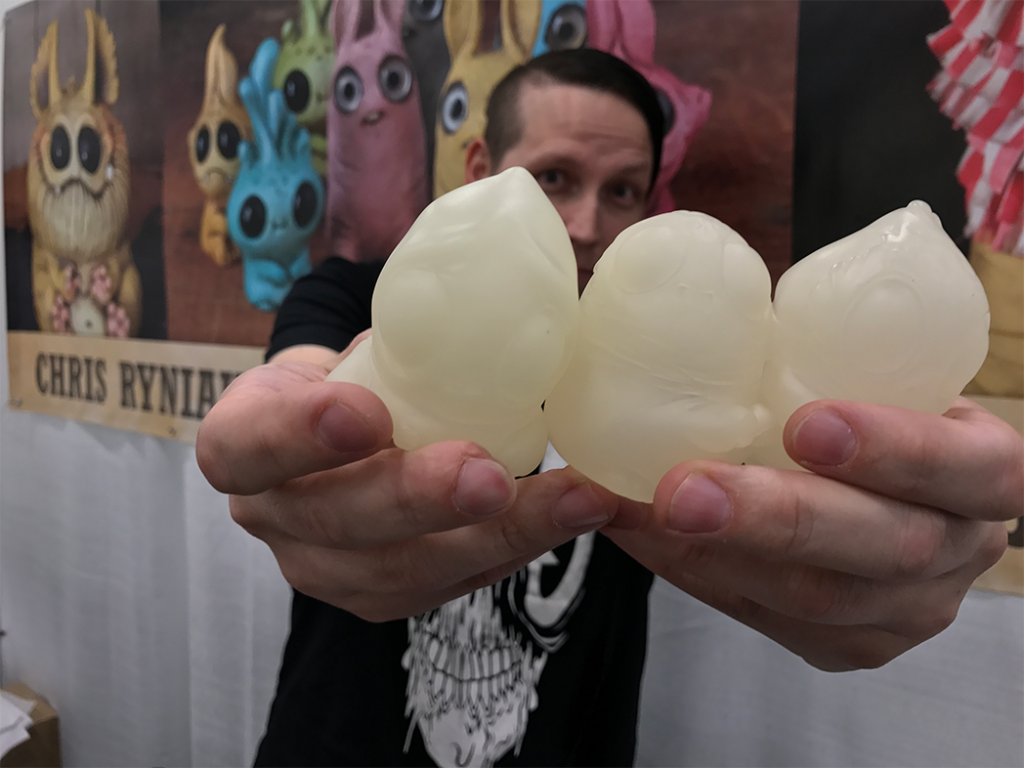 Now my immediate thought was to run as fast as I could with these in my possession, but I’m a good guy (honest!) so I tried to purchase them from Joe. He wasn’t having any of it. Ha. Fair enough. These are going to be used in paint tests before the release later this year. I wanted to put them up on TTC, which Joe agreed to if we got the permission from Ryniak (as he hadn’t seen them yet). I gave Joe my scouts honour that we’d get Ryniak’s permission if we could take them over to Chris’ booth. Joe agreed. Andrew Bell, sharing a booth with Joe, gave him the side-eye glance as if to say ‘ha you’re never going to see those again…’

I pop on over Chris’ booth for his view. It’s fair to say he loved them, and as you can tell from this very blog post he gave us permission to use them. So here you are GID Figgle Bits are coming, guys! GID. FIGGLE. BITS. FTW.

P.s I did take the Figgle Bits back to Joe, and tried again to buy them. I didn’t win this time. Next time, Joe. Next time.