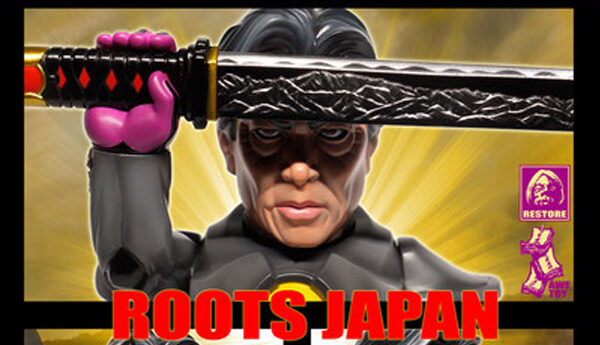 RESTORE’s figures sure have a special vibe to them. Their unique designs and quality make them stand out. On top of that they always have a strong concept and amazing backstory. The newest ROOT JAPAN figure is no exception. The guardian deity of arts and culture, meet ROOTS JAPAN!

Junzo, the hero who loves local culture! Junzo, the protector of the good old ways!! Junzo, the leading saviour from Hokuriku Region!!!

The guardian deity of Arts and Culture, Roots Japan!!!!

Junzo was born in Toyama, the prefecture surrounded by the great mountains and seas, and blessed by the grand mother nature. Simple but rich, the rustic environment helped develop the concept of the famous art movement “Kietoquism”, flourishing the local arts and cultures. Such was the impact of Kietoquism, not only did it effect the Hokuriku Region, but the whole universe and it’s inhabitants came under Kietoquism’s great influence. * For more information, please refer to “The Universe’s History of Arts” pg. 19840822.

THE WAR OVER JADES

Toyama, the well-known mining district for the famous jades containing high percentages of the substance “Ideapey”, was torn by war during the Asuka period. Driven by greed, the leader of Toyama tried to destroy the mountains and seas, and wipe out the invaluable nature to build the colossal shopping mall Asuka and monopolise the Jades, but the mining districts had been inhabited for a long time by the Onis who made TOY out of the Jades. Thus the fight between the humans and Onis continued indecisively for many years.

But the war finally came to an end and after many long battles, a peace treaty was drawn between the humans and the Onis. Asuka turned out to be small-scaled than planned, but it became the pioneer for today’s shopping malls.

Conservation law stating that only Onis were allowed to enter the mining districts was enacted, but many of the remaining Onis left for the seas in search of new opportunities. Visiting the lower reaches of the river nowadays, a lucky person will find to this day, small shards of Jade shining on the beaches.

JUNZO AND THE ONI

In 1981, the day after a decisive storm, Junzo visited a nearby temple to help move a sacred tree knocked down by the storm. As they heaved the tree, Junzo found a mummified Oni tangled in the roots. “Use my powers to protect the local cultures” echoed the Oni’s voice in Junzo’s heart. Readily accepting the Oni’s wish, Junzo gained the Oni’s power, and vowed to fight against “these days” for the children of the future!!!

Winners will be announced via email until 13 June.

Sales via Lottery,email [email protected] with: 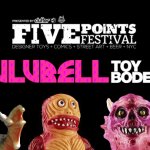 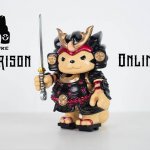