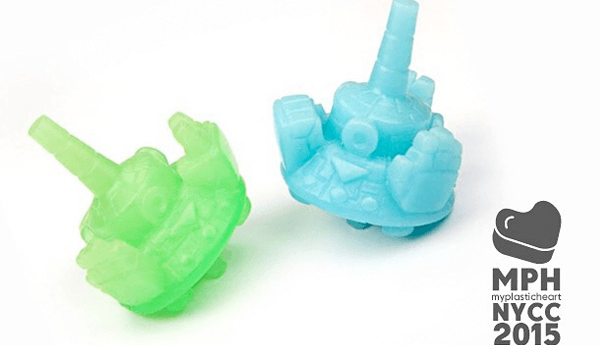 The Toy Chronicle have been a big fan of the Inami Toyland’s Robo Tops, since we first posted about them back in April (HERE if you’re interested). Robo Tops, for the uninitiated, is a resin spinning top that lets you play Rock-Paper-Scissors. At New York Comic Con, next month, Inami Toyland will again be teaming up with myplasticheart to release two new Robo Top colourways. 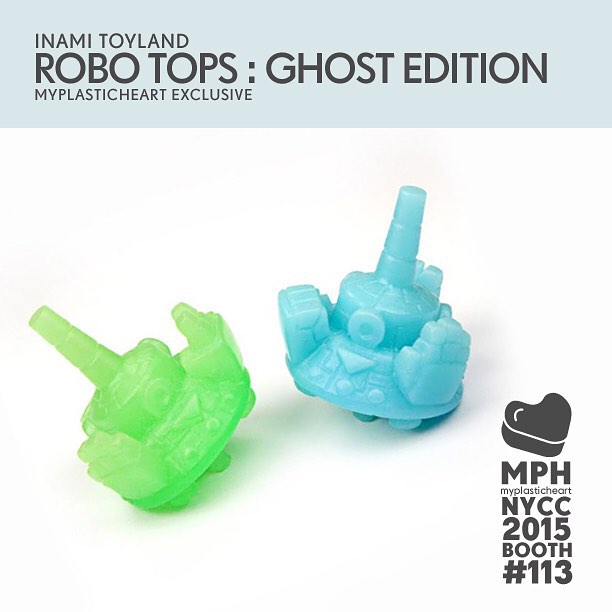 Introducing Robo Tops Ghost Edition. With Halloween right around the corner, this release will feature special glow-in-the-dark colorways of Ecto Green and Phantom Blue. Everyone loves Glow-in-the-dark, right?! The Toy Chronicle can’t get enough of GID. will be available from the myplasticheart #113 booth during NYCC. 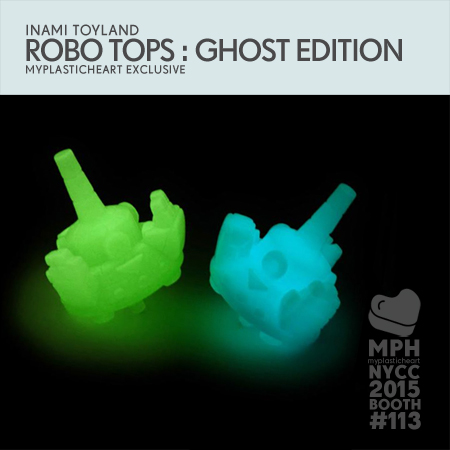 Each figure measures approximately 2″ tall and there will be 15 pieces of each colorway available at $18 each. Any remaining stock will likely go up on the myplasticheart store after NYCC, but we doubt any will be left. These will sell out.