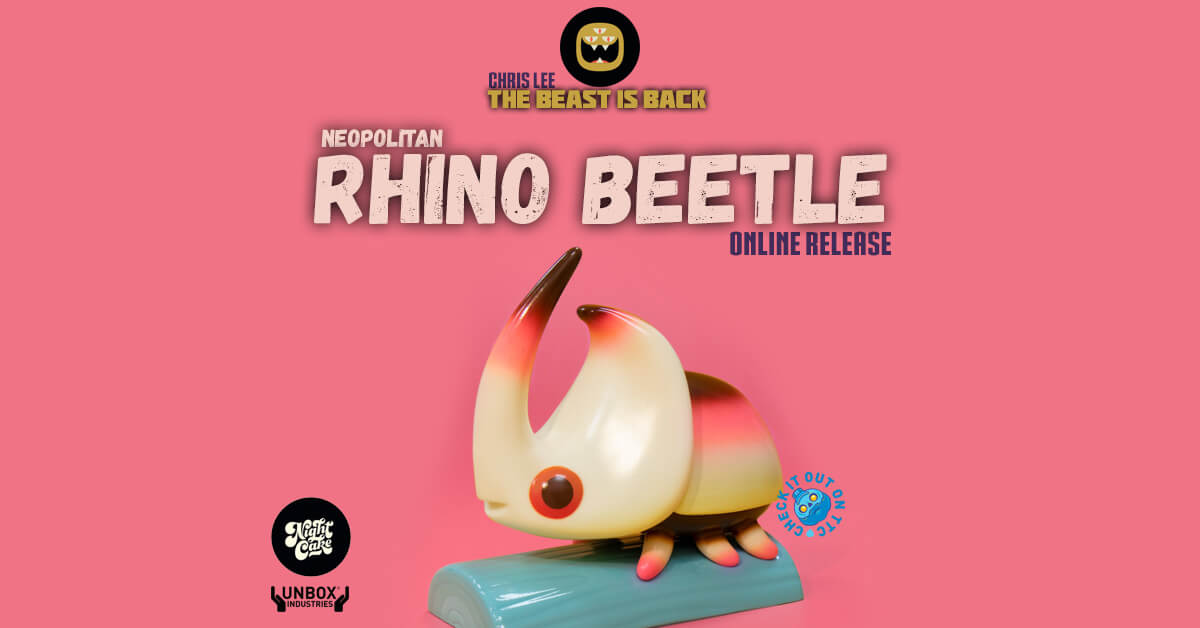 What a way to start 2021 with the return of Chris Lee’s “RHINO BEETLE”. we fell in love with the Rhino Beetle since we laid eyes on it way back in 2018 and it seems like you guys have too with each release sold out in a flash. Collectors have been wondering when the next species is coming and now you don’t have to wait much longer.

NEW species has been spotted! like we said previously, Los Angeles based illustrator and designer, Chris Lee has his uber-cool Rhino Beetle transformed into a resin art figure and now into vinyl powered by Unbox Industries. Rhino Beetle comes straight out of his Moss Kingdom series. Great news coming in from Unbox Industries as this weekend will see the online release of the VINYL editions! Wanna stick a Middle finger to all the flippers out there? sub to Unbox newsletter for the VIP drop here. General release allocation has now been announced for RHINO BEETLE NEOPOLITAN Edition.

We look forward to more to come from the series if its anything like the prints/paintings already done by Christopher Lee.