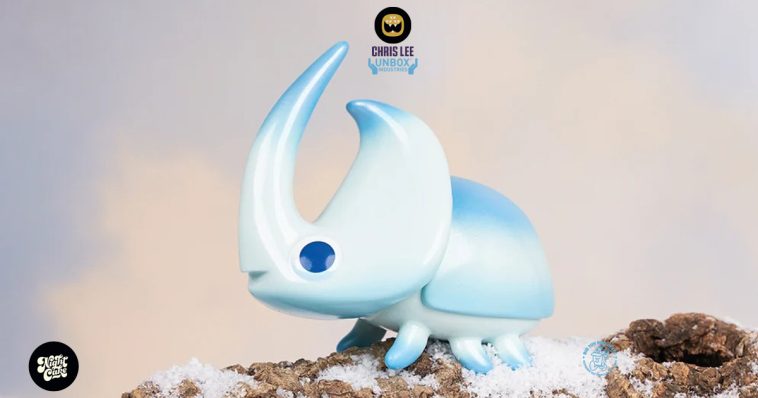 It might be a full-on scorcher in the summer months, but that hasn’t stopped Chris Lee The Beast Is Back x Unbox Industries Rhino Beetle from coming out of hibernation to get a tan! Last seen at ToyCon UK Rhino Beetle is back in this frost edition.  Chris Lee x Unbox Industries have announced the online release of the FROST Edition Rhino Beetle! Collectors who couldn’t make it can now wipe the tears of sadness and make tears of joy as this weekend you will be able to own this rare species!

IT’s TRUE it’s REAL one new variant has been discovered! “FROST Edition” Rhino Beetle Like we said previously, we fell in love with the Rhino Beetle since we laid eyes on it way back in 2018 and it seems like you guys have too with each release sold out in a flash. Collectors have been wondering when the next species is coming and now you don’t have to wait much longer.

Los Angeles based illustrator and designer, Chris Lee has his uber-cool Rhino Beetle transformed into a resin art figure and now into vinyl powered by Unbox Industries. Rhino Beetle comes straight out of his Moss Kingdom series into the big big world this weekend. 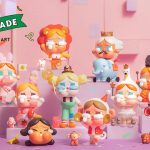 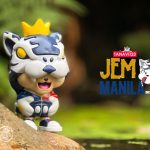