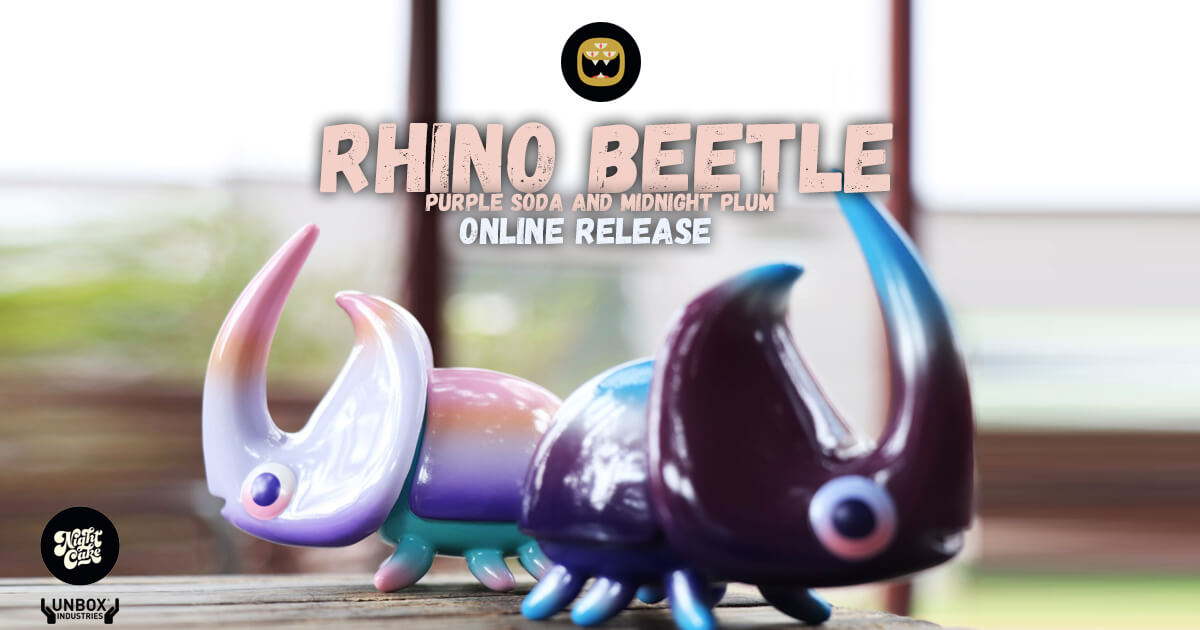 NEW species has been spotted! like we said last year HERE, Los Angeles based illustrator and designer, Chris Lee has his uber-cool Rhino Beetle transformed into a resin art figure and now into vinyl powered by Unbox Industries. Rhino Beetle comes straight out of his Moss Kingdom series. At last weeks DesignerCon by no surprise all three Peach Mist, Purple Soda, and Midnight Plum SOLD OUT in lightning speed. Great news coming in from Unbox Industries as this weekend will see the online release of the VINYL editions of PURPLE SODA and Midnight Plum! Middle finger to all the flippers out there.

We look forward to more to come from the series if its anything like the prints/paintings already done by Christopher Lee.