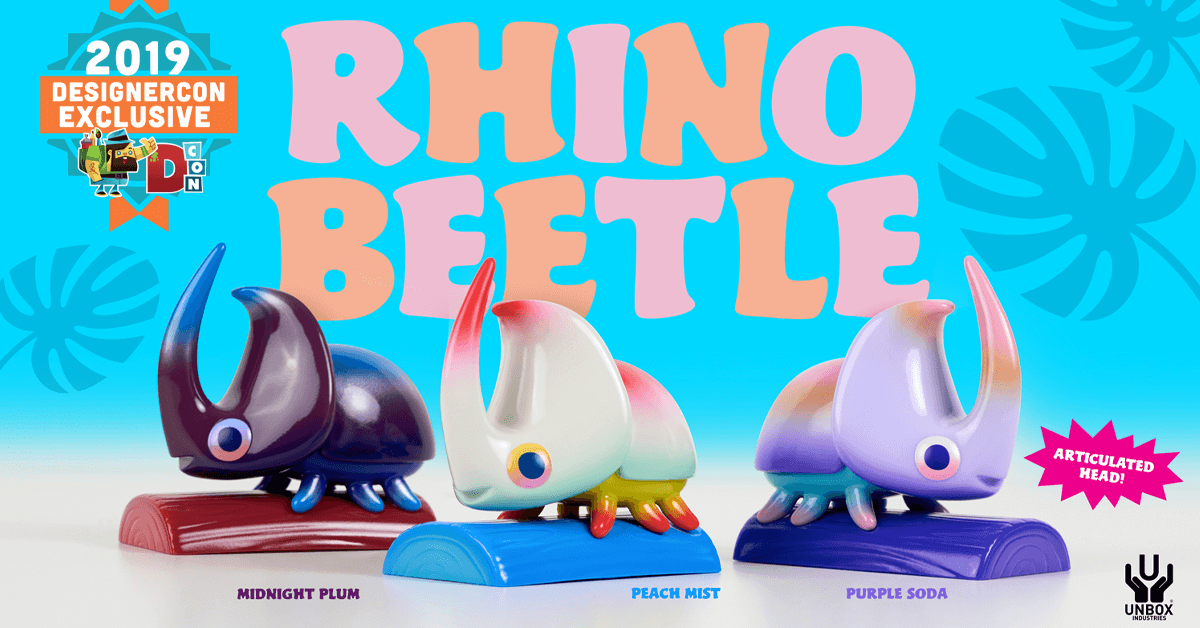 Last year we fell in love with Rhino Beetle By Christopher Lee, hunting down every little bit of info we could get our hands on and lucky seeing the resin edition make its debut at DesignerCon 2018. Fast forward to the present day and big news coming in and squashing all the rumours, Christopher Lee has linked up with the fine folks at Unbox Industries to give you all the Rhino Beetle soft vinyl edition! The icing on the cake is the fact that they will be coming in various colourways and still as adorable.

Like we said last year HERE, Los Angeles based illustrator and designer, Chris Lee has his uber cool Rhino Beetle transformed into a resin art figure! Chris landed 2 spots on the already released Kidrobot “City Cryptid” Dunny series with 2 Dunny designs. Today Chris has shown the WIP sculpt if his Rhino Beetle and it looks freaking awesome already, even at this early stage. Rhino Beetle comes straight out of his Moss Kingdom series and we look forward to more to come from the series if its anything like the prints/paintings already done by Christopher Lee.

Earlier this week, whilst listening to the latest episode of the Marsham Toy Hour podcast (listen HERE) the MTH gang were discussing the Rhino Beetle by Chris Lee from DesignerCon 2018 and how Chris had teased a potential release in 2019 with Unbox Industries following a tease image on Chris’ Instagram HERE earlier this month. Who should pop into our email today? Chris with details of his Rhino Beetle DesignerCon release!

As with any Unbox Release, Chris’ Rhino Beetle looks absolutely bang on the money.