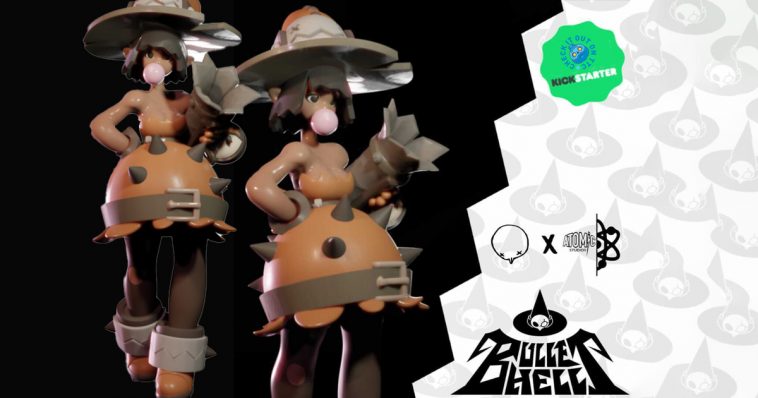 Can you hear our heartbeat from where you are? Sorry to get overly excited but we have been waiting for his beauty from UK based art collectable from Mark Lambert, or the cool kids call him Remanance and power by our buddies at Atomic Studios! Meet Blunderbuster of Bullet Hell.

Blunderbuster is the creation of character designer Mark Lambert, brought to life by Atomic Studios. It features a coven of Witches who all have individual specialities and, most importantly, GUNS!

The Blunderbuster is the first member of the coven to enter the fray. Whilst some Nature Witches hate the autumn, others adapt. Doesn’t she look brilliant?  Mark and the team at Atomic Studios have put a lot of effort into creating a fun and alluring series of characters that will be a thrill to collect. It ticks our boxes and with that classic Capcom Darkstalkers vibe, it’s a must for our own collection. It’s been worth the wait as we have been drooling over all the behind the scenes footage that Mark and Atomic have been sharing over making us excited about what’s to come from the world of Bullet Hell. Mark Lambert x Atomic Studios are giving you the chance to be one of the first to own BULLET HELL and and you will help them in the project by supporting the Kickstarter campaign to bring the next step into the world of BULLET HELL.

Also, for those on a budget but still wanting to support the Kickstarter and nab some occult goodies, we are also offering  Blunderbuster enamel pins and stickers, designed by the wonderful Anaïs Maamar. Or even a simple sharing the project both Mark Lambert x Atomic Studios will be grateful. Plenty of tiers to back the and now the EARLY Bird tier has been activated

Welcome to the coven of witches who all have individual specialities and importantly GUNS!

We hope this is just the start and that our Blunderbuster can be joined by her sisters in the future.

We have the completed prototype and are raring to go! We just need the funding now to produce the full run of models ! Our intention is to produce around 100 pieces to begin with, although there is wriggle room for a few extra. Along with the standard edition we also have unlockable  limited edition ”Ladybug” and “Black Lotus” colour variants.

A team comprised of creatives, engineers, manufacturing specialists that are in love with design, character and technology. We work with organisations and designers to bring their visions to life 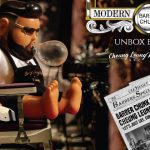 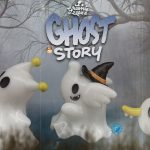