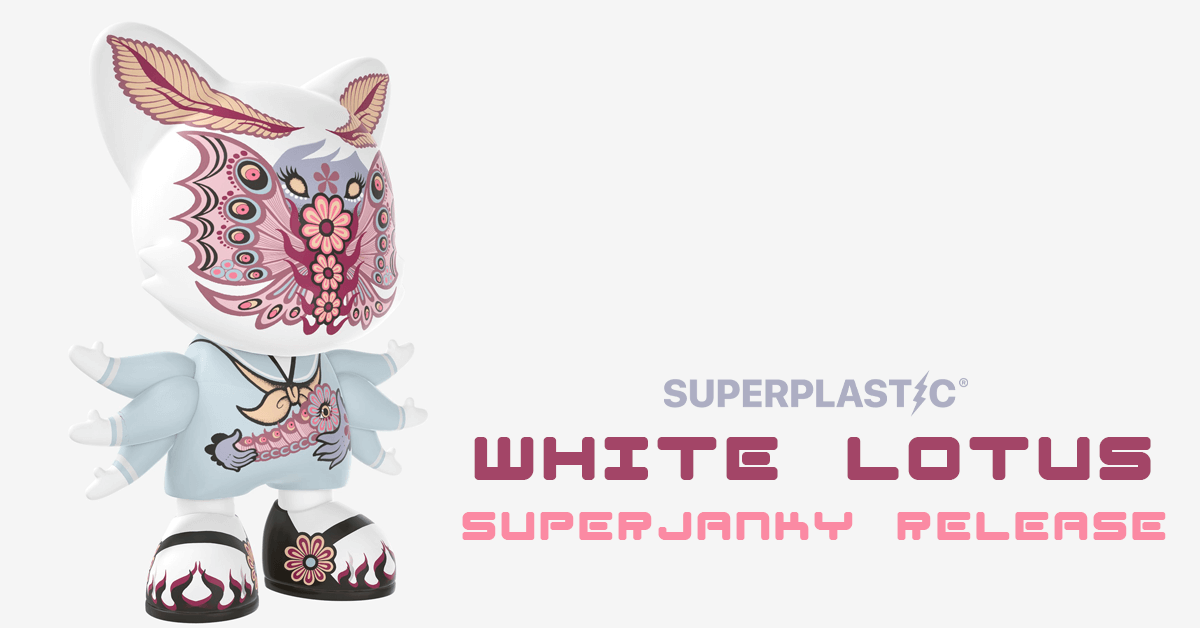 With the Superplastic Kickstarter backer emails going out yesterday to those that backed the latest Janky S2 campaign, everyone is on tenterhooks to see what is next for Superplastic. Well, fear no longer as it looks like they are about to drop the second colourway of the Junko Mizuno Lotus SuperJanky – this time in a glorious white version!

With a limited number of 444 available, the 8inch White Lotus SuperJanky will drop tomorrow (June 20th) at 12pm NOON EST (5pm BST) over on superplastic.co! Priced at $65 each (about £51). With the original Lotus SuperJanky gaining in popularity over the past six months, we fully expect the White Lotus to be another hit in the arsenal of Superplastic – and by hit we mean a fast sell out! So prepare yourselves for the 12pm F5 finger shuffle! Good luck!