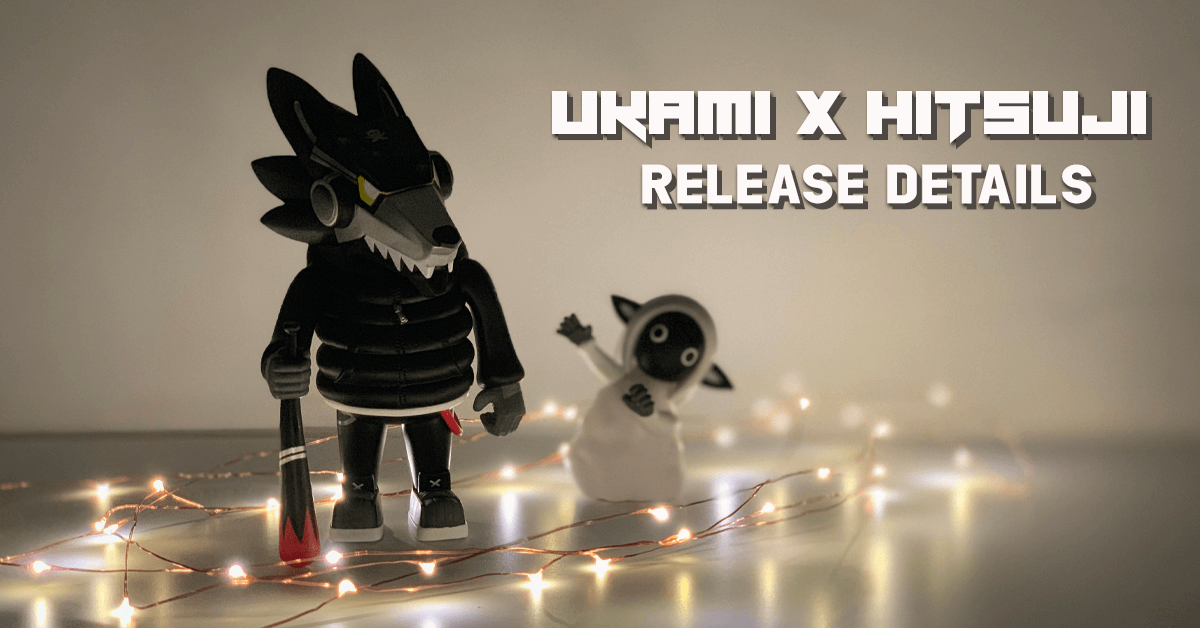 Another eagerly anticipated release from Quiccs & Kidrobot is due at the end of March, but before we crack on with the release details of Ukami x Hitsuji we wanted to tell you this tale of two lovers. Divided by War. Reunited by Fate.

You can watch our YouTube video above, where we have a little story time with this new Quiccs x Kidrobot release. Perhaps we enjoyed it a little more than we sound. Ha.

In our tale’s time, by Intelligent Machine, who won the wars against their creators, mankind. Displaced by war, lovers Ukami & Hitsuji find themselves in different paths.

Ukami, the Wolf General, stands with his pack of rebels fighting for survival in the outskirts. Hitsuji almost killed at the time that the masses fled their cities and were ambushed by the machines, becomes part of an effort by good-willed men that repurposed living mind into machines.

Each year that passes is mankind’s path to full extinction.

Each year that passes is a quest for both Ukami and Hitsuji to survive, fuelled by their hope to meet again.

Hitsuji’s group dwells in a small hidden village away from the machine colonies, occupied by a few remaining survivors, and her own kind of machines with human minds.

The day comes that a pack of wounded rebel fighters arrive into their village, seeking refuge from an attack. Ukami, the Wolf General, is one of the survivors, and Hitsuji immediately recognises him as she helps him remove his helm. She lets Ukami know that it is her inside the machine his looking at. Ukami, saddened by her fate but overwhelmed with joy with their reunion, embraces her. Our lovers are reunited.

Ukami & Hitsuji will be released together as a boxed set on Friday March 29th! Available in the black edition you see within this post, and a Kidrobot Exclusive White edition. Both released at 10am MST (4pm GMT) from Kidrobot.com and your other favourite Designer Toy retailers. Priced at $100 (about £75).

Kidrobot’s main objective for me on this design was to make something I haven’t made, something different but can be from the same universe with TEQ63, Sharko & Ghost!