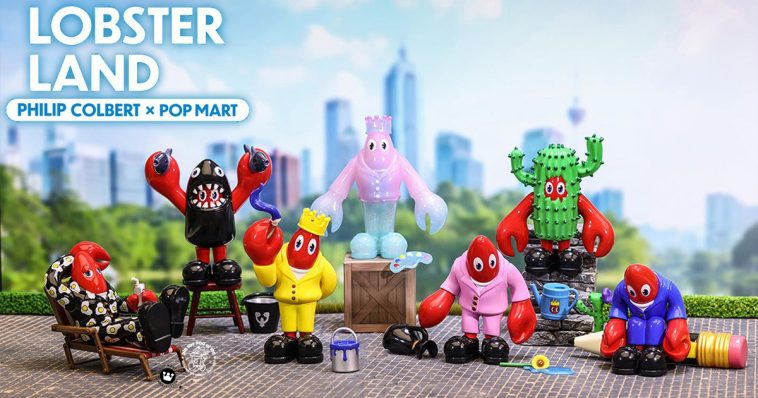 Philip Colbert is a British contemporary artist based in London joins the POP MART family roster! Colbert is known for his multidisciplinary approach, creating a “World of Art”. Deeply entwined with pop theory, Colbert works across the mediums of painting, sculpture, clothing, furniture & design, and has created a global following for his cartoon lobster persona and his masterful hyper pop history paintings. “I became an artist when I became a Lobster” says Colbert. Philip Colbert is often referred to as “the Crown Prince of Pop Art”, “the Godson of Andy Warhol”, and “Contemporary Pop Master” by media and art world figures such as Charles Saatchi & Andre Leon Talley. His works have featured in major institutions around the world, including Saatchi Gallery and Tate Modern. Now POP MART presents to you Philip’s first blindbox series with POP MART!

How about escaping from this chaotic world and enjoying a little getaway in the utopia of Lobster Land?! Here you can find your own reflection as long as you have a lobster deep in your heart! Take a break, make some paintings, be a cactus or a shark… there are no rules on the land of lobster!

WHERE: *Affiliate Link: POP MART International store https://bit.ly/3IzEGf9 <— helps me get a coffee and makes no difference to your POP MART addiction.

Discount Code: ANDY5OFF The Discount Code gives $5 USD off any order over USD $30. (Limited to one time per customer. )

*Please note this is Affiliate but NOT sponsored. 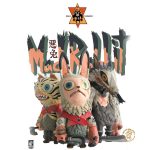 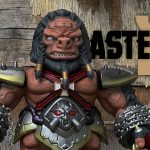