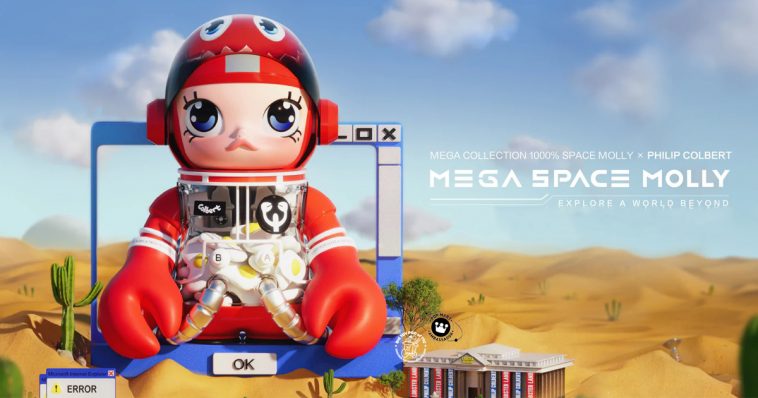 Just over 2 months ago, POP MART surprised us all with the POP MART x Philip Colbert Lobster Land Blind Box Series! Now the collabration has expanded into POP MART’s MEGA COLLECTION as a British contemporary artist based in London adds his spin and signature style to SPACE MOLLY!

Colbert is known for his multidisciplinary approach, creating a “World of Art”. Deeply entwined with pop theory, Colbert works across the mediums of painting, sculpture, clothing, furniture & design, and has created a global following for his cartoon lobster persona and his masterful hyper pop history paintings. “I became an artist when I became a Lobster” says Colbert. Philip Colbert is often referred to as “the Crown Prince of Pop Art”, “the Godson of Andy Warhol”, and “Contemporary Pop Master” by media and art world figures such as Charles Saatchi & Andre Leon Talley. His works have featured in major institutions around the world, including Saatchi Gallery and Tate Modern.

Together, these two amazing artists created the unique MEGA Collection 1000% SPACE MOLLY x PHILIP COLBERT collaboration. This time she arms herself with the lobster claw and fills her body with fried eggs, which refer to power and purity.

WHERE: *Affiliate Link: POP MART International store https://bit.ly/3IzEGf9 <— helps me get a coffee and makes no difference to your POP MART addiction.

Discount Code: ANDY5OFF The Discount Code gives $5 USD off any order over USD $30. (Limited to one time per customer. )

*Please note this is Affiliate but NOT sponsored. 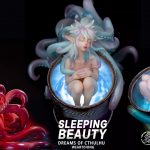 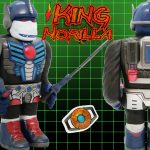