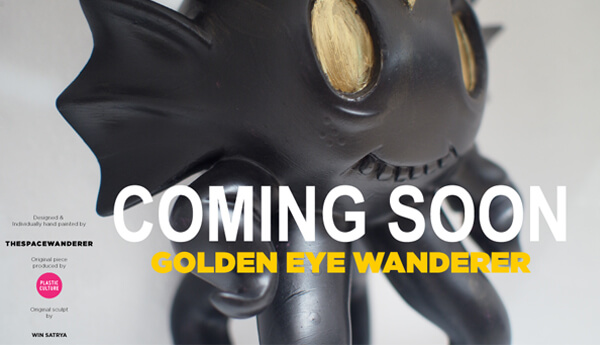 The artist who brought you the fantastic Lemi resin toy is back with a new project”Perry The Golden Eye Wanderer”. Indonesia based artist Eric Wirjanata AKA The Space Wanderer, is about to re-release “Perry The Golden Eye Wanderer” after Perry making his debut back in 2011 during Taipei Toy Festival in a Sea Blue edition. Perry also came to life in Yellow and Purple during the 2013-2014 but 2015 sees might be the end of this format according to Eric.

Here’s the story of Perry.

Perry was gone too long. When he almost falls into oblivion, he went into someone’s dream and tell a story.

A story about pirates, some talking eggs, ghosts of the rainbow,the dancing colours, elephant with butter wing, and many other things.
He said, “Dreams will get you to many weird, fantastic and fun place, but never forget to wake up. To share your adventure with your friends.”

Then he turned into shadows, and his eyes suddenly glowing gold.

Just before he left, he whispers:
“I might not be heard again, but I am a wanderer”

“A wanderer wander, even if to the oblivion” 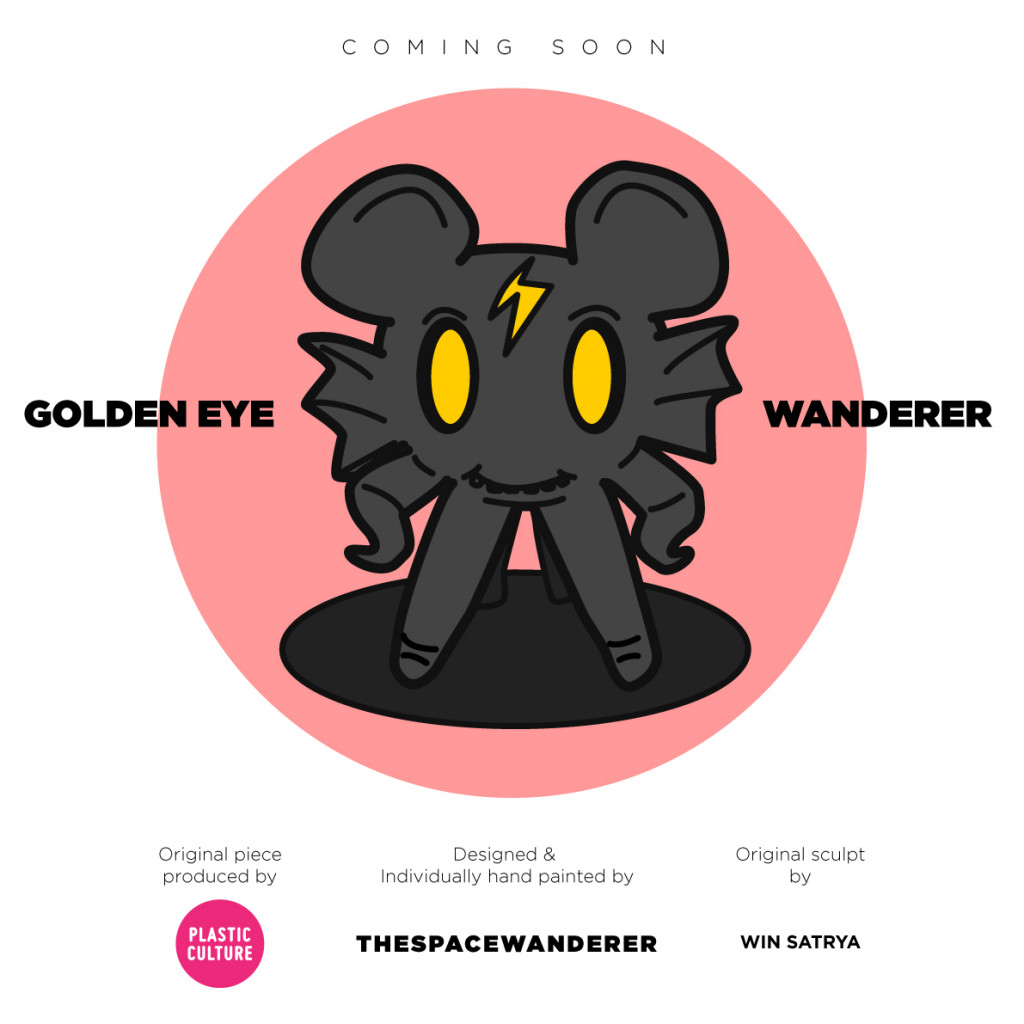 We have no exact release date but what we do know it’s priced at 70 usd standing at  size 6 inch and a small run of 10 pcs. Perry should be released at the end of November. We will let you know the confirmed release date, so stay tuned.

While we have your attention Eric will be apart of the Spooktober at Plastic Culture along with other brilliant artists and customisers. You can find details of this great event HERE.